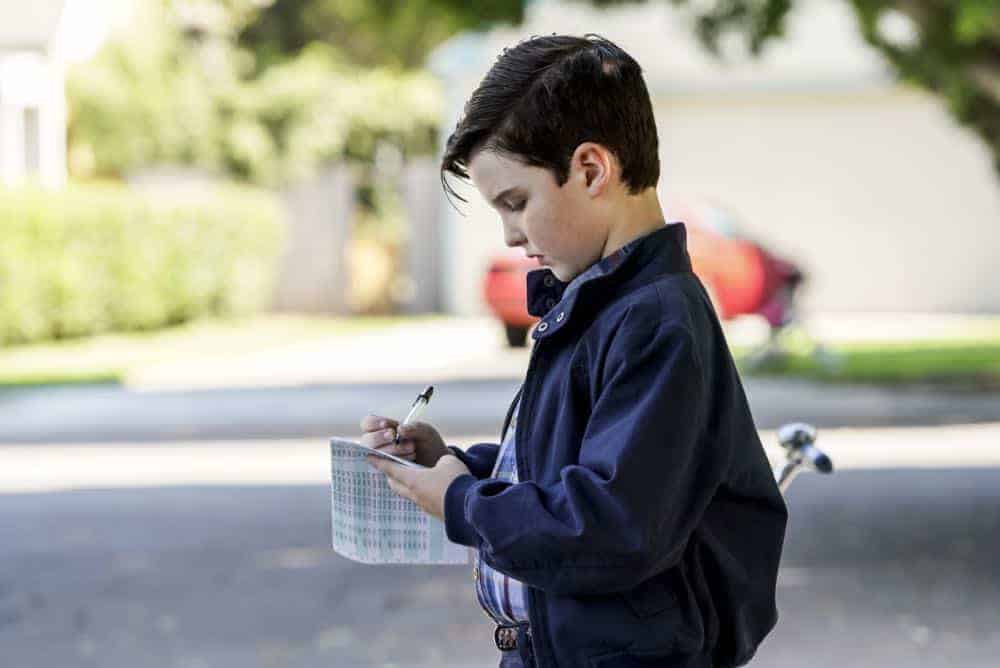 “A High-Pitched Buzz and Training Wheels” – After Sheldon dismantles the refrigerator to stop an annoying hum, he gets a paper route to pay for the repairs, on the second season premiere of YOUNG SHELDON, on a special night, Monday, Sept. 24 (8:30-9:00 PM, ET/PT) on the CBS Television Network. YOUNG SHELDON Season 2 Episode 1 Photos A High-Pitched Buzz and Training Wheels.