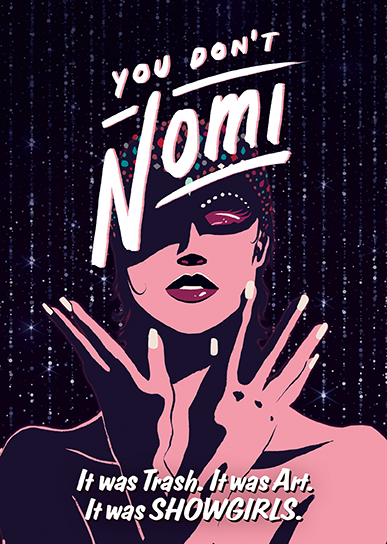 Seat42F and RLJE Films have teamed up to give two lucky winners a copy of the YOU DONT NOMI on DVD.  For a chance to win send an email to contest@seat42f.com and tell us why you want to add YOU DON’T NOMI to your DVD collection. Only one entry per person. Contest ends July 28th. Winners will be notified on July 29th via email.

ABOUT RLJE FILMS
RLJE Films’ recent features include the 2019 Toronto Film Festival hit Color Out of Space, based on the classic H.P. Lovecraft story, starring Nicolas Cage and Joely Richardson and written and directed by Richard Stanley; and The Man Who Killed Hitler and Then The Bigfoot written and directed by Robert Krzykowski and starring Academy Award nominee Sam Elliott, Aidan Turner and Ron Livingston. Upcoming releases include David Ayer’s The Tax Collector starring Shia La Beouf and Bobby Soto; and The Owners from director Julian Berg and starring Maisie Williams from “Game of Thrones.” us.rljentertainment.com.