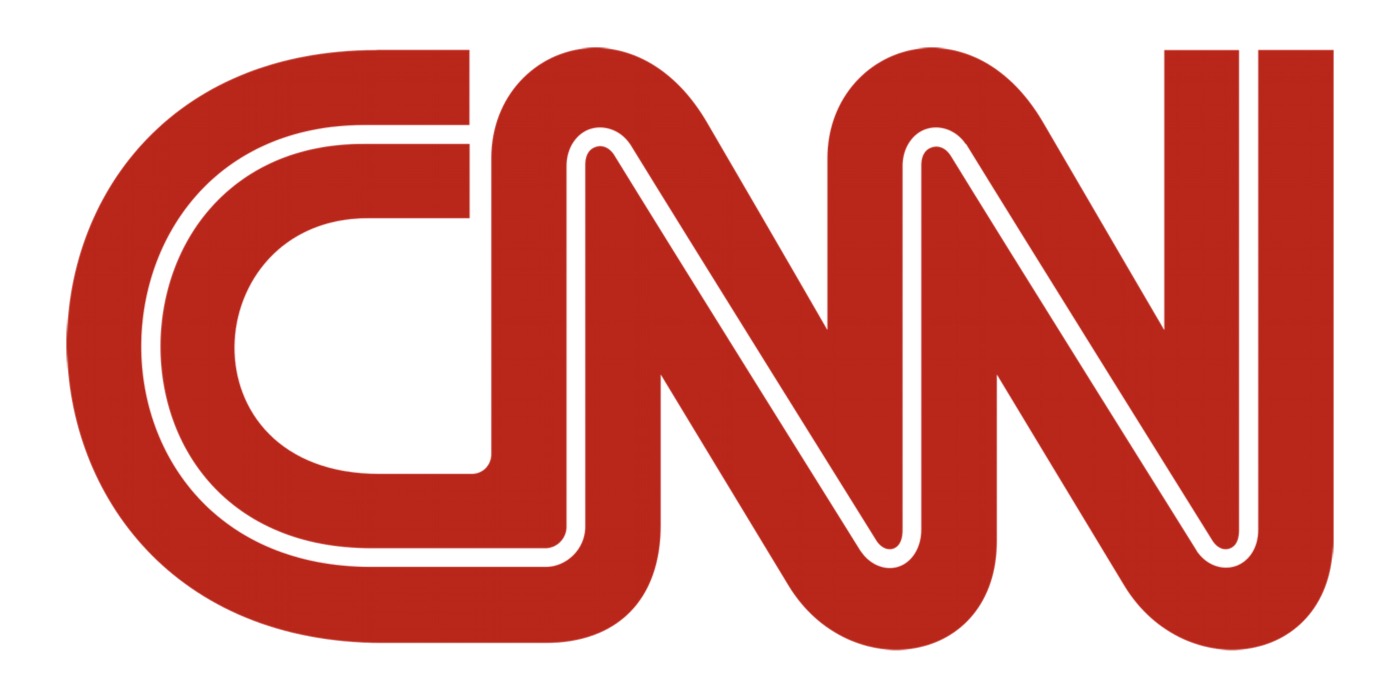 Yesterday’s coverage of the insurrection by a pro-Trump mob at the U.S. Capitol yesterday was CNN’s most-watched day in the network’s history with 5.221 million total viewers tuning in.  CNN outperformed the other cable news networks (MSNBC and FNC) in Total Day and prime time (8-11pm) in total viewers and topped them in the key demo adults 25-54 combined.  CNN also dominated the broadcast networks (when they were on the air with news coverage) and cable news during the day (2:30-6:30) and prime coverage in both total viewers, adults 25-54 and younger viewers 18-34. 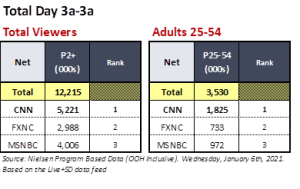 Compared to the Broadcast Nets (when they were on the air with news) and Cable News:

(Note NBC aired coverage but did not submit a program lineup to Nielsen so Fast National Data is unavailable.)

CNN Digital had its 5th biggest day ever for cross-platform global unique visitors with 72 million turning to CNN yesterday to see, read, and watch the events from the U.S. Capitol unfold. January 6 surpassed the 2020 Presidential Election Day by 5.4 million unique visitors and only trailed days of the week when the 2020 Election results were being finalized. CNN Digital’s live stories also saw the 3rd largest day in history with 20 million total day unique visitors.

Since the election Nov. 4 – Jan. 6) CNN continues to rank #1 among ALL cable networks (not just news) in both Total Day and daytime among total viewers and adults 25-54. CNN also continues to rank as the #1 cable news network following the election in both total viewers and the demo.  In total viewers, CNN has averaged 1.557 million total viewers, outperforming FNC’s 1.434 million and MSNBC’s 1.415 million.  And among adults 25-54, CNN has been #1 for 64 straight days averaging 434k, the longest winning streak in 21 years. FNC trails with 259k and MSNBC follows with 244k in the key demo 25-54 since the election.