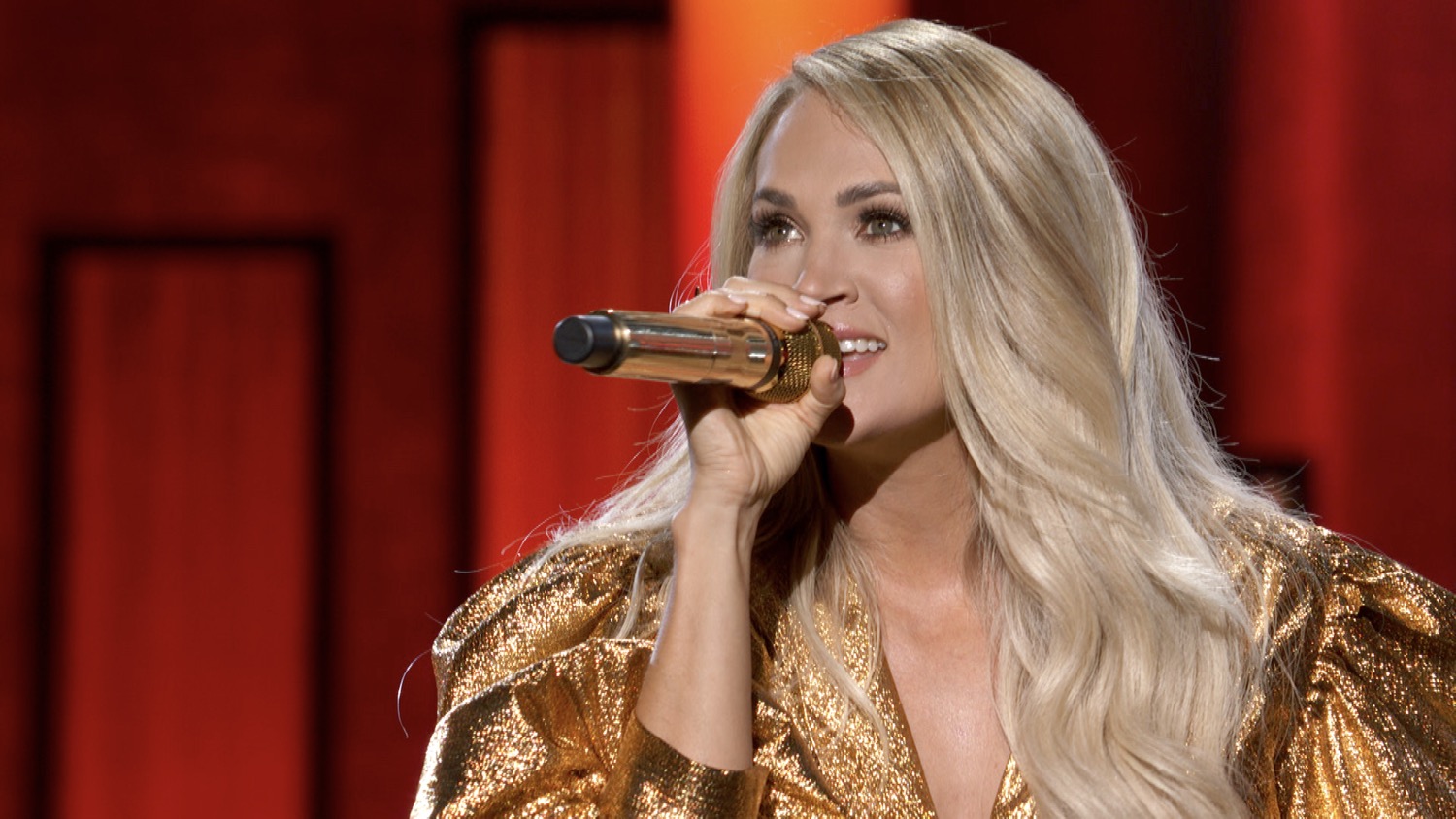 Winners have been announced for the 55TH ACADEMY OF COUNTRY MUSIC AWARDS™, a Night of Heart and Hits Live from Nashville. 15-time ACM Award®-winning artist Keith Urban hosted the show featuring three iconic Nashville venues including Grand Ole Opry House, Nashville’s historic Ryman Auditorium and The Bluebird Cafe. For the first time in ACM Awards history, Thomas Rhett and Carrie Underwood tied for the Academy’s highest honor Entertainer of the Year Award – the first ever tie in that category. This is Rhett’s first win in the Entertainer of the Year category, and Underwood’s third win, making her the most awarded female in the ACM Entertainer of the Year category.

Old Dominion won Group of the Year Award for the third consecutive year and won their first Song of the Year Award for “One Man Band” with Matthew Ramsey, Trevor Rosen and Brad Tursi each receiving an additional win as songwriters. This marks two overall wins as a group, with Ramsey, Rosen and Tursi leading the night with three individual wins, each. Miranda Lambert continues her reign as most-awarded artist in ACM Awards history with 35 wins, after taking home this year’s trophy in Music Event of the Year category for “Fooled Around And Fell In Love.” Dan + Shay won Duo of the Year marking their second win in a row in the category.

Previously announced, Riley Green won New Male Artist of the Year and Tenille Townes won New Female Artist of the Year. Townes also won her first Music Event of the Year and both performed on the telecast and are featured on the newly released “On The Road Again (ACM Lifting Lives® Edition)” single, Willie Nelson’s timeless hit, featuring the ACM New Artist Nominees Ingrid Andress, Gabby Barrett, Jordan Davis, Russell Dickerson, Lindsay Ell, Caylee Hammack, Cody Johnson, and Morgan Wallen, joined by Nelson. Produced by Ross Copperman and Jimmy Robbins, the single is available via Warner Music Nashville across all digital platforms and can be heard on Country radio now. Proceeds from the single will benefit ACM Lifting Lives COVID-19 Response Fund to be disbursed to individuals in the Country Music community who are currently in need of pandemic relief assistance.

This year’s 55th ACM Awards featured an all-star lineup of collaborations and memorable performances featuring 24 performances, including 41 hit songs. The awards telecast kicked off with Entertainer of the Year nominees performing a medley of each of their greatest hits. Luke Bryan performed “Rain Is A Good Thing,” Eric Church performed “Drink In My Hand,” Luke Combs performed “When It Rains It Pours,” Thomas Rhett performed “It Goes Like This” and Carrie Underwood performed “Before He Cheats.”

Global superstar and two-time ACM Entertainer of the Year, Taylor Swift, returned to the ACM Awards stage for the first time in seven years with a world premiere performance of “betty” off her record-breaking new album Folklore. 55th ACM Awards host Keith Urban performed the world television premiere of his new single, “One Too Many” with international pop icon P!NK, from Urban’s new album out Friday Speed of Now. Mickey Guyton made her solo ACM Award performance debut with “What Are You Gonna Tell Her?” featuring surprise guest Urban on piano. Blake Shelton featuring Gwen Stefani performed their latest single “Happy Anywhere.” Eric Church opened his performance with “Ragged Old Flag” a poem read by Johnny Cash which led into his single “Stick That In Your Country Song.”

In celebration of the 95th anniversary of the Grand Ole Opry, newly crowned three-time ACM Entertainer of the Year winner, Carrie Underwood, honored trailblazing female Opry members by performing a medley of songs including Patsy Cline’s “Crazy,” Loretta Lynn’s “You Ain’t Woman Enough (To Take My Man),” Barbara Mandrell’s “I Was Country When Country Wasn’t Cool,” Martina McBride’s “A Broken Wing,” Reba McEntire’s “The Night the Lights Went Out In Georgia,” and Dolly Parton’s “Why’d You Come In Here Lookin’ Like That.”

Following is the list of winners in the 13 categories voted on by Academy members:

DUO OF THE YEAR
Dan + Shay

GROUP OF THE YEAR
Old Dominion

ALBUM OF THE YEAR [Awarded to Artist(s)/Producer(s)/Record Company–Label(s)]
What You See Is What You Get – Luke Combs
Producer: Scott Moffatt
Record Label: River House Artists/Columbia Nashville

SONGWRITER OF THE YEAR *(Off Camera Award)
Hillary Lindsey