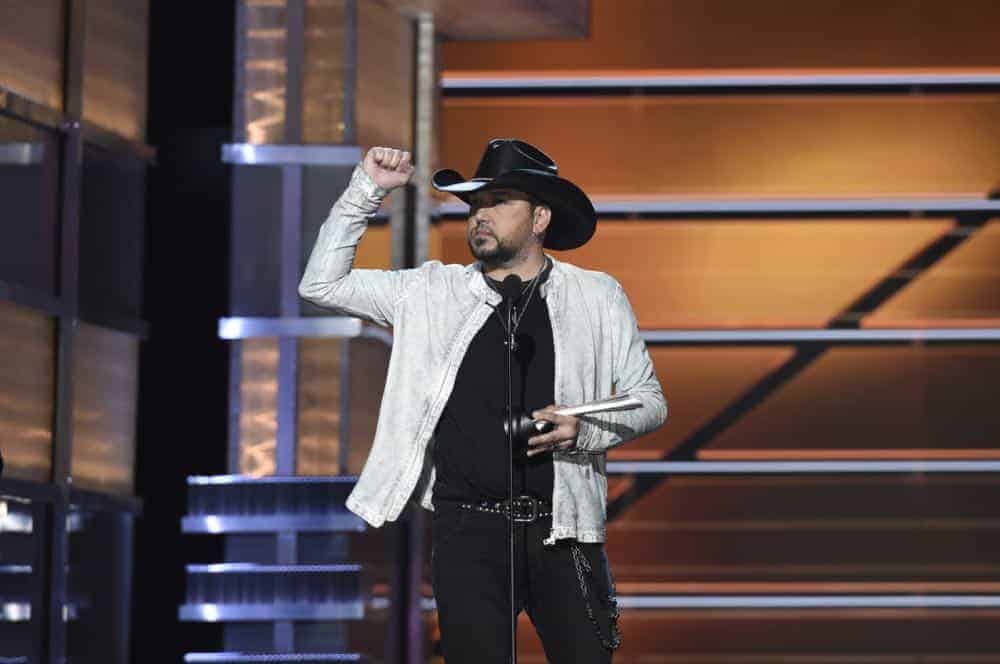 Winners have been announced for the 53rd ACADEMY OF COUNTRY MUSIC AWARDS, which aired LIVE earlier this evening on the CBS Television Network from the MGM Grand Garden Arena in Las Vegas, NV.  Hosted by multimedia superstar, Reba McEntire, the ACM Awards named Jason Aldean as Entertainer of the Year, the evening’s biggest honor. This is the third consecutive win for Aldean in this category and his 13th overall ACM Award win.

Miranda Lambert won ACM Female Vocalist of the Year for the ninth consecutive year and is the current record holder for most consecutive wins in this category. Lambert also won ACM Song of the Year for “Tin Man” along with co-writers Jack Ingram and Jon Randall, receiving two awards, both as artist and songwriter. With these wins, she now has 32 ACM Awards, and is the most-awarded artist in ACM Awards history, a record previously held by Brooks & Dunn.

Chris Stapleton won ACM Male Vocalist of the Year, his second win in this category. Stapleton also won an additional two awards as both artist and producer in the ACM Album of the Year category for From A Room: Volume 1.

Brothers Osborne won ACM Vocal Duo of the Year for the second consecutive year. The duo also won ACM Video of the Year for “It Ain’t My Fault,” along with directors Wes Edwards and Ryan Silver and producer Tiffany Davies. ACM CEO Pete Fisher surprised the duo with these awards, presenting them during CMT’s Facebook Live coverage of the ACM Awards red carpet.

Lauren Alaina, Midland and Brett Young were also previously announced winners for ACM New Female Vocalist of the Year, ACM New Vocal Duo or Group of the Year and ACM New Male Vocalist of the Year, respectively. The winners received a surprise phone call from host Reba McEntire last month notifying them of the news and were also surprised with the actual ACM Award in the days leading up to the show. Jon Pardi presented Alaina with her ACM Award during rehearsals,
Midland received their ACM Award at the ACM Stories, Songs & Stars: A Songwriter’s Event Benefitting ACM Lifting Lives® and Luke Bryan presented Young with his trophy at the Cumulus/Westwood One Radio Remotes.

Following is the list of winners in the 14 categories voted on by the membership:

Entertainer of the Year
Jason Aldean

NEW VOCAL DUO OR GROUP OF THE YEAR
Midland