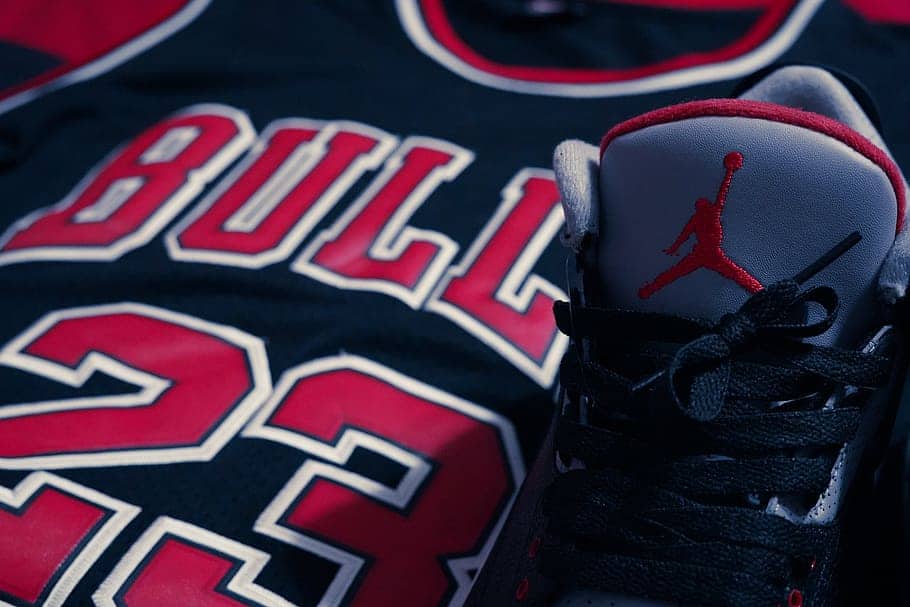 Even if you’re no serious fan of basketball, you’re familiar with the name Michael Jordan. The elite athlete who dominated in the game from the mid-80s to late 90s was, and perhaps still is, the biggest face of American sports and popular culture to ever live. In 2018 when Netflix announced that they would be making a 10-part miniseries documentary about Jordan and the most successful dynasty in basketball, fans everywhere were ecstatic.

However, many of them, including director Jason Hehir, could have never predicted how well the production would be received by viewers worldwide. In April of 2020 when it initially premiered on ESPN, The Last Dance averaged 6.1 million views, making it the most watched documentary in the channel’s history. Let’s take a look at just a few reasons why the series broke new ground across the nation, captivating MJ followers and non-basketball fans alike.

A mural of  “Air Jordan’s” legendary shooting technique on the side of a wall in Los Angeles, California

Viewers get a real idea of how huge MJ actually was

At the time of his stardom, Michael Jordan showed unprecedented basketball talent. One of the things that The Last Dance does extremely well is give viewers a holistic view of the player as a person, player, cultural icon, and member of the athletic elite. The show takes you through MJ’s time with the Bulls, and focuses on the true reality of his incredible performance and what that meant for basketball during this time. The series highlights how Jordan brought a legitimate “fan craze” with him wherever he went and how the 90s was filled with followers sacrificing time, energy, and money just to get a chance to see him play live.

As MJ continued to secure playoff seats and Championship wins, bookmakers made him a continuous favorite and fan engagement was at an all-time, never-before-seen high. Although nowadays basketball betting exists in the virtual environment and top odds commonly feature NBA’s current GOAT, Lebron James, at the time Michael Jordan was the most successful and popular player in the entire league. The documentary also shows the Bulls tournament in Barcelona and how, even on another continent, people were ecstatic to see MJ play.

In addition, The Last Dance manages to capture Jordan outside of being a basketball phenomenon and shows his impact on popular culture. The series takes viewers through the creation of “Air Jordan” and Nike’s landmark move to sell a new shoe that would feature the dynamic player. We also see Jordan’s appearance in Space Jam where Bugs Bunny and the Looney Tunes squad set off on a mission to defeat alien enemy opponents in a basketball game. The Warner Brothers blockbuster hit sold out at the box office, proving MJ’s ability to transcend the sports world and permeate every aspect of culture.

Undoubtedly the thing that separates The Last Dance from other popular sports docs is the fact that it features never-before-seen footage and intimate interviews from Bulls players then and now. Director Jason Hehir utilized 500 hours of video content that hadn’t been viewed in nearly two decades, bringing a long-awaited vision to life. It was all made possible by videographer and producer Andy Thompson who, in 1997, at the height of the franchise’s success, was given permission to shadow the team day and night.

As seen in the miniseries, every aspect of the Bulls gameplay was recorded, even locker room talk and bus travel. It’s mesmerizing to watch real-life, current interviews from Jordan and then, immediately after, view live footage of him dunking on the court. Other interviews with head coach Phil Jackson and fellow teammates Scotty Pippen and Dennis Rodman give viewers an inside look at the organization’s culture and make-up.

Watching the series in all its glory is like being a fly on the wall during one of the greatest decades in sports history.