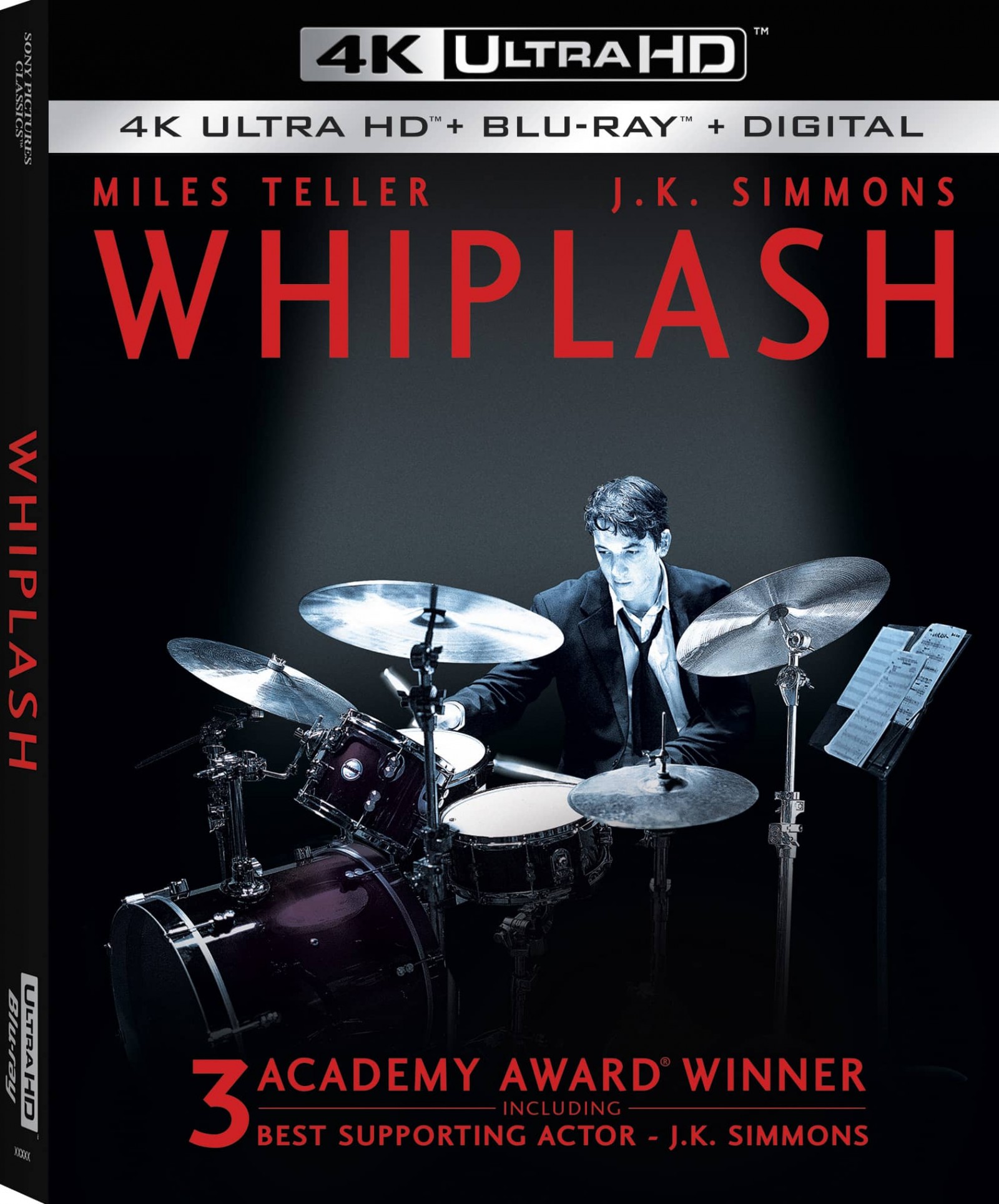 SYNOPSIS
The modern classic, written and directed by Academy Award®-winner[i] Damien Chazelle and starring Miles Teller and J.K. Simmons in an Oscar®-winning[ii] performance, is newly remastered in stunning 4K with High Dynamic Range and Dolby Atmos audio. The 4K Ultra HD release also includes the film and special features on Blu-ray, plus a digital version of the film via Movies Anywhere.

Andrew Neyman is an ambitious young jazz drummer, single-minded in his pursuit to rise to the top of his elite east coast music conservatory. Terence Fletcher, an instructor known equally for his teaching talents and his terrifying methods, discovers Andrew and transfers him into his band. Andrew’s passion to achieve perfection soon spirals into obsession, as his ruthless teacher continues to push him to the brink of both his ability and his sanity.

AVAILABLE FOR THE FIRST TIME ON 4K ULTRA HD SEPTEMBER 22

[i] Best Achievement in Directing, La La Land (2016)
[ii] Best Performance by an Actor in a Supporting Role, Whiplash (2014)
Academy Award® and Oscar® are the registered trademark and service marks of the Academy of Motion Picture Arts and Sciences.