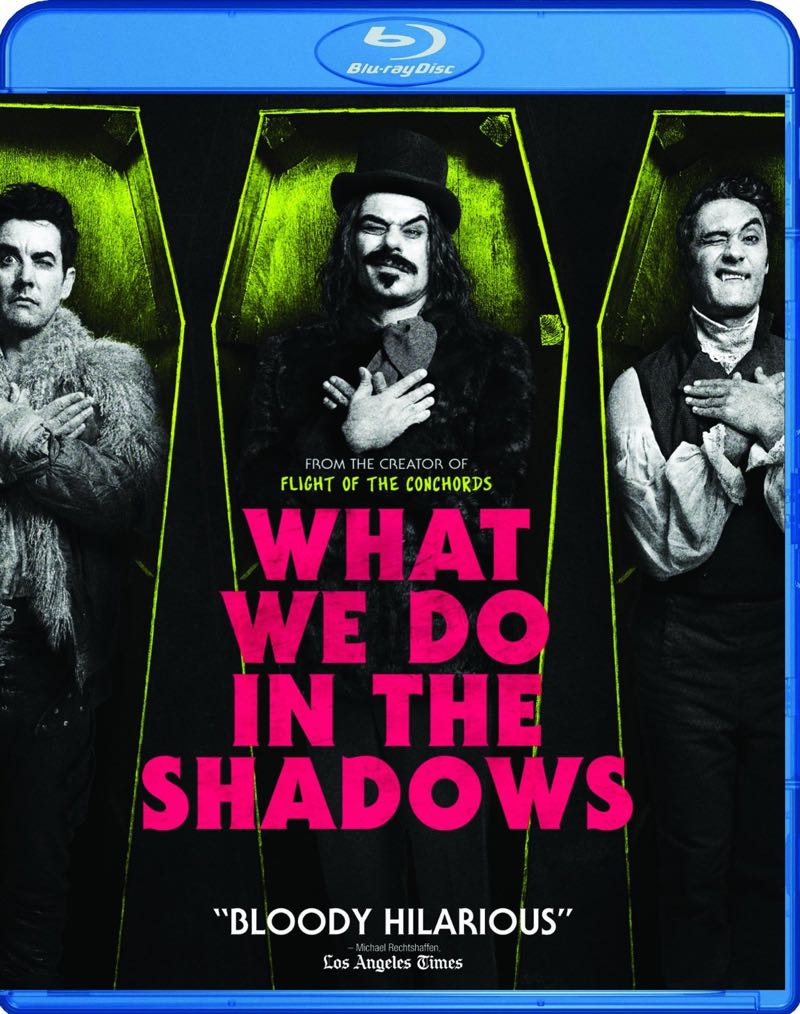 Seat42f and Paramount Home Entertainment have teamed up to give THREE lucky winners a copy of WHAT WE DO IN THE SHADOWS on BLURAY. For a chance to win leave a comment below telling us why you want to add WHAT WE DO IN THE SHADOWS to your Blu-ray collection. Only one entry per person. Contest ends August 4th. Winners will be notified on August 5th via email so make sure to use a valid email address when you post your comment.

Hailed as “tonally flawless” (Wall Street Journal) and “one of the flat-out funniest films in ages” (Los Angeles Times), the “hilarious” (Vanity Fair) mockumentary WHAT WE DO IN THE SHADOWS debuts on Blu-ray and DVD July 21, 2015 from Paramount Home Media Distribution. Written and directed by Jemaine Clement (“Flight of the Conchords”) and Taika Waititi (Eagle vs. Shark), the film is a smart and witty send-up that follows an endearingly unhip quartet of vampires. Winner of the Toronto International Film Festival Midnight Madness People’s Choice Award, WHAT WE DO IN THE SHADOWS was also an Official Selection at the Sundance Film Festival, the Berlin International Film Festival, and more.

Viago, Deacon, and Vladislav are vampires who are finding that modern life has them struggling with the mundane—like paying rent, keeping up with the chore wheel, trying to get into nightclubs, and overcoming roommate conflicts. Featuring an outstanding ensemble cast and “comic acting of an extremely high order”
(Wall Street Journal), WHAT WE DO IN THE SHADOWS is an original and wildly entertaining comedy.

The WHAT WE DO IN THE SHADOWS Blu-ray features more than two hours of uproarious bonus material including commentary by Jemaine Clement and Taika Waititi, behind-the-scenes footage, deleted scenes, video extras, interviews, promo videos and a poster gallery. The film will also be available as a single disc DVD.