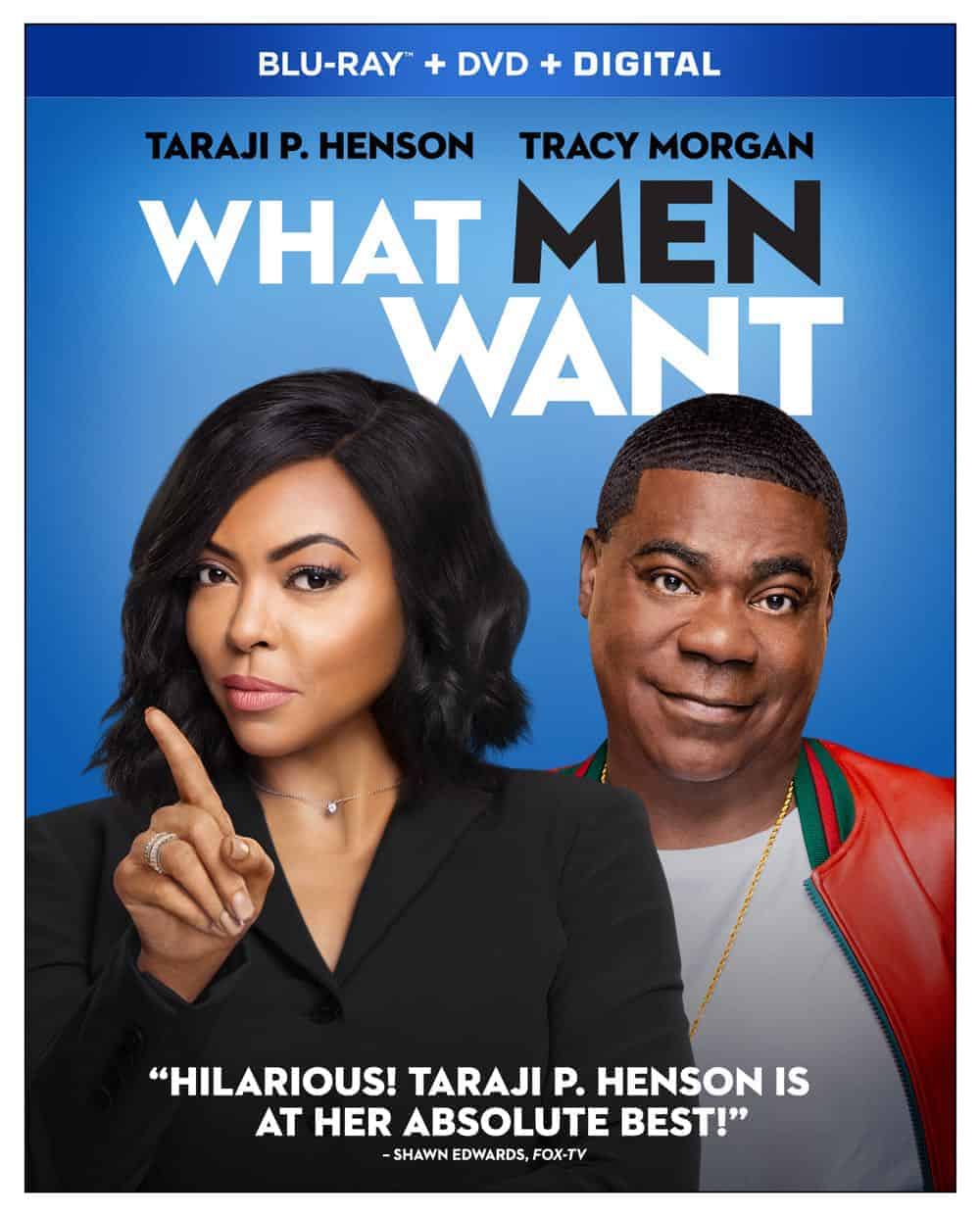 Seat42F and Paramount Home Media have teamed up to give three lucky winners a copy of WHAT MEN WANT on Blu-ray. For a chance to win send an email to contest@seat42f.com and tell us your favorite comedy movie. Only one entry per person. Contest ends May 14th. Winners will be notified on May 15th via email.

The Digital* and Blu-ray Combo Pack releases deliver even more entertainment with over 60 minutes of laugh-out-loud bonus features, including a gag reel, deleted and extended scenes, a spoof infomercial featuring a hilarious Erykah Badu, interviews with the cast, and more. Called “laugh out loud from start to finish” (Dave Morales, FOX-TV) and “fresh, timely and outrageously fun” (Rachel Smith, MORE), WHAT MEN WANT is the perfect movie to watch at home with girlfriends or for a date night in.

Synopsis
Ali Davis (Taraji P. Henson) is a successful sports agent who’s constantly boxed out by her male colleagues. After a wild night out with her girls, she mysteriously gains the ability to hear men’s thoughts. With her newfound power, Ali looks to outsmart her colleagues as she races to sign the next basketball superstar, but the lengths she has to go to will put her relationship with her best friends and new love interest to the test. The film also stars Aldis Hodge, Richard Roundtree, Wendi McLendon-Covey, Erykah Badu, Max Greenfield, and Tracy Morgan