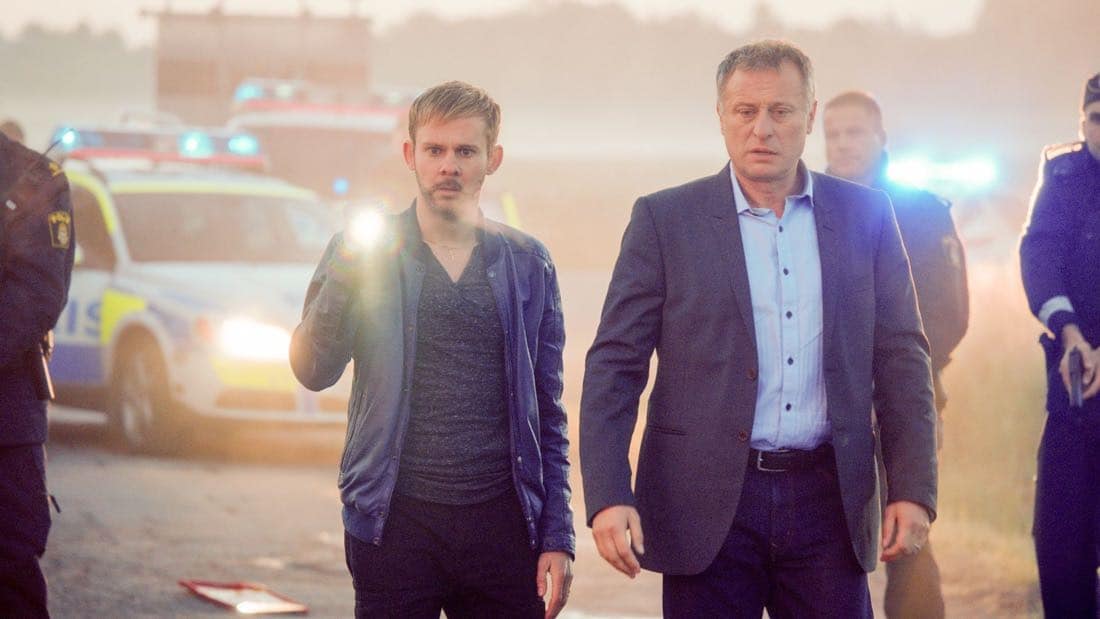 “WGN America continues to deliver one of the best crime lineups in television,” said Gavin Harvey, President, WGN America. “These four new original series build upon our strong slate of compelling programming that offers nonstop mystery, thrills and suspense for the growing number of fans of the crime genre.”

Welcome to “Bellevue” – a small town with big secrets.  Twenty years ago   the murder of a young woman traumatized the community.  Now the killer is back. Or is he?  When a high school hockey star wrestling with his gender identity goes missing and all signs point to foul play, Detective Annie Ryder (Anna Paquin) must unravel all the pieces to this gripping mystery before her own life falls apart. As the case pulls her further away from her family, she is also confronted by a mysterious person from her past with disturbing answers and a terrifying need to get inside her head.  Along the way, Annie must navigate a complicated relationship with her on again, off again ex, Eddie (Allen Leech) and her boss on the force, Police Chief Peter Welland (Shawn Doyle). 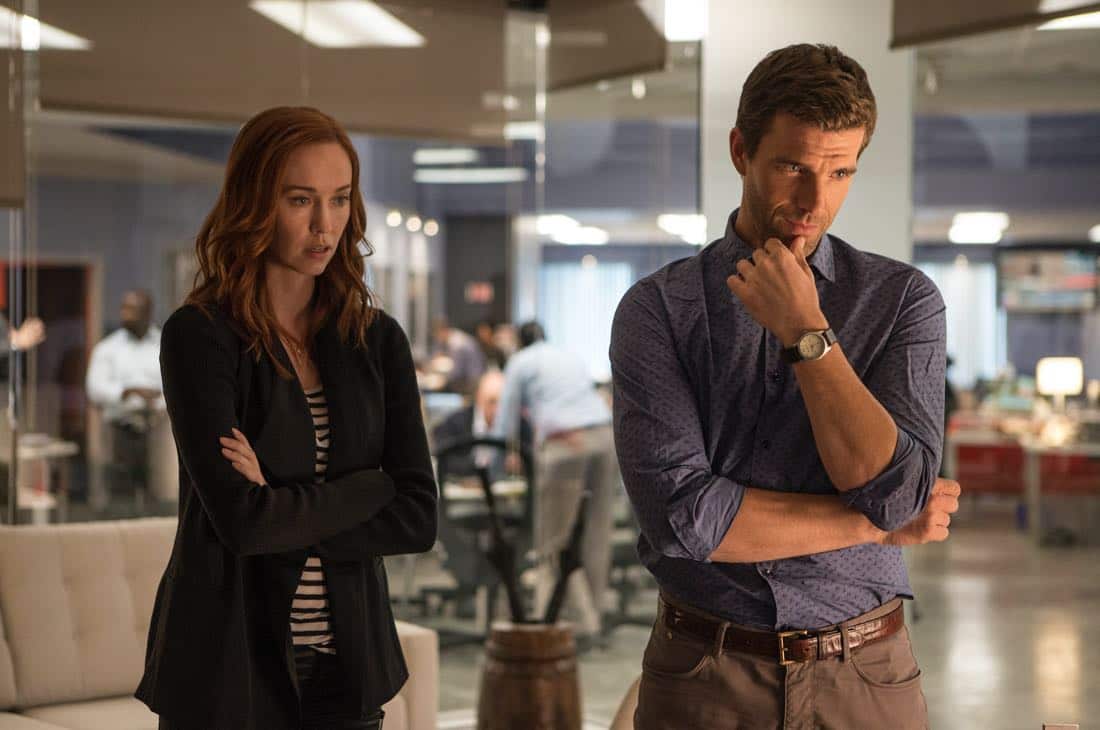 A gritty political-crime thriller centering on the complex relationships between crime reporters and the police, “Shoot the Messenger” follows Daisy Channing (Elyse Levesque), a young reporter trying to balance a messy personal life with a burgeoning career.  Things begin to go sideways for Daisy when she witnesses a murder she thinks is gang related, only to find herself slowly drawn into an interconnected web of criminal and illicit sexual activity that reaches into the corridors of corporate and political power. It’s the kind of story that will destroy lives, including those of her own family.  With help from her editor Mary Foster (Alex Kingston), co-worker Simon Olenski (Lucas Bryant), and lead homicide detective Kevin Lutz (Lyriq Bent), Daisy uncovers a cover-up so scandalous it could bring down the government. 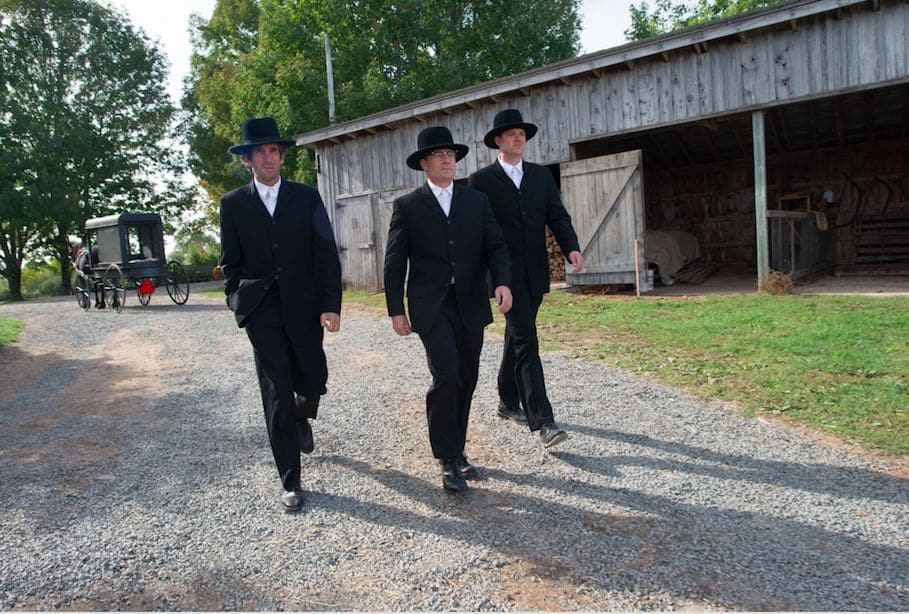 “Pure” takes us deep inside a closed, secretive subculture through the eyes of a conflicted, good-hearted man trying to protect his family and preserve his faith.  Inspired by true events, “Pure” is the journey of Noah Funk-newly elected Mennonite pastor-who is determined to rid his community of the scourge of drugs and its nefarious ties to a transborder smuggling alliance with ruthless Mexican cocaine cartels.  But just when he thinks he’s won, he’s thrust headlong into a desperate world of violence, greed, and betrayal.

Produced by Two East Productions and Cineflix, “Pure” was created and written by Michael Amo (“The Listener”) and directed by Ken Girotti (“Orphan Black,” “Vikings”). Amo and Girotti serve as executive producers along with Brett Burlock, Peter Emerson and David MacLeod (“Call Me Fitz,” “Haven”). Cineflix Rights has the exclusive worldwide distribution rights to “Pure.”

WGN America will be the exclusive U.S. TV home for the first season of “Pure.” The premiere date will be announced soon. “Pure” previously premiered on Canada’s CBC and the first season is now streaming exclusively on Hulu.

New York. Stockholm. Young, blonde and blue-eyed women have been turning up dead in fields of flowers. Through a special dispensation from the NYPD, Detective Tommy Conley (Dominic Monaghan) is permitted to observe and advise the Stockholm PD.  Upon arrival in Sweden, he is paired with Mikael Eklund (Michael Nyqvist) a by-the-book Swedish cop with an aversion to American culture. Both hate each other, but the two are quickly forced to resolve their differences as the mysterious killings continue.  As the web of shocking murders continues, Conley and Eklund are led down a path of no return in their hunt for the vicious killer.

“100 Code” is produced by 100 Code AB & Zen Productions in association with Fabrik Entertainment, Red Arrow International and Strix Drama for Kanal 5 and Sky Deutschland.  “100 Code” is distributed worldwide by Red Arrow International and has sold to more than 100 territories including the UK (Sky Atlantic), Italy (Mediaset) and Scandinavia (HBO Nordics).