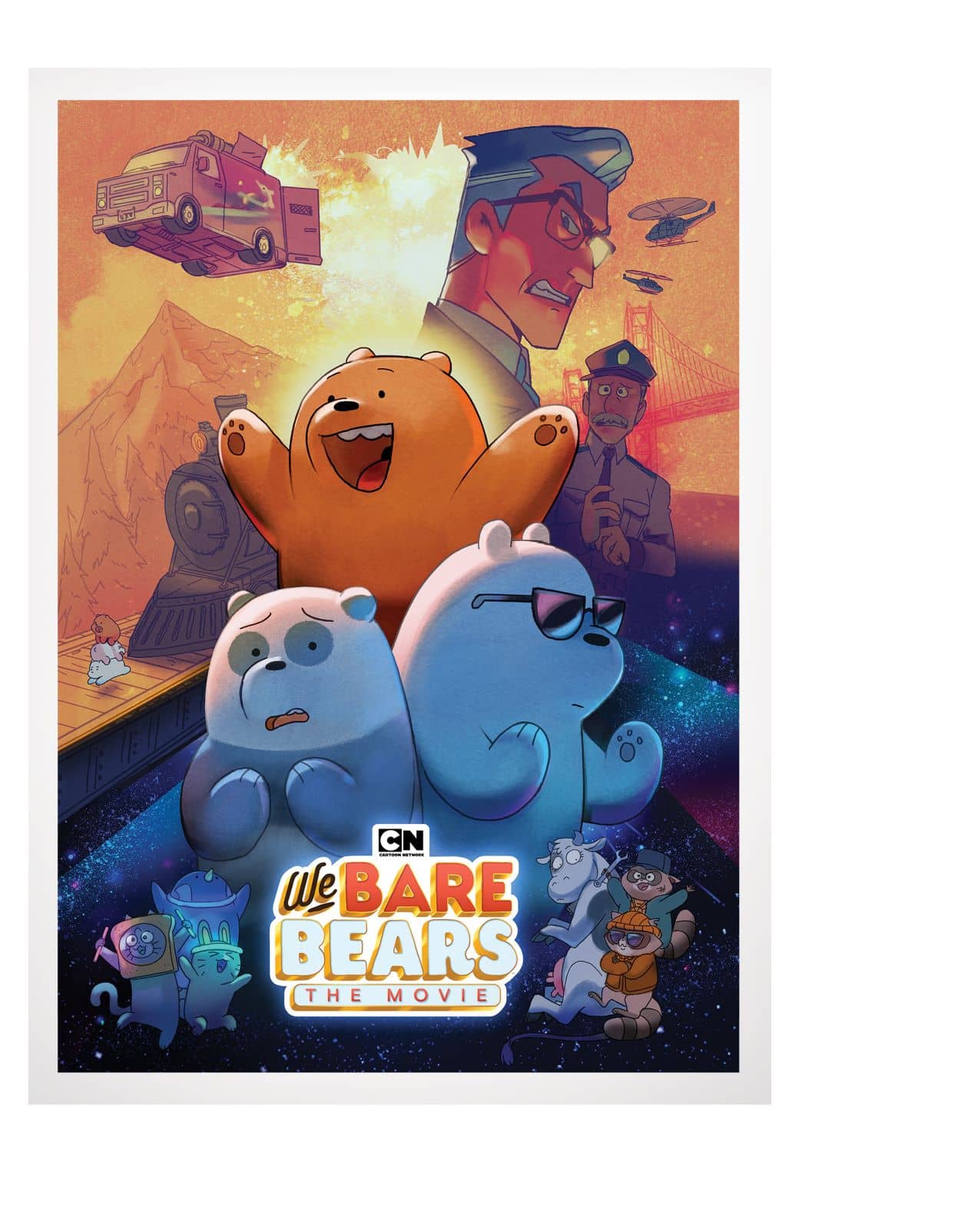 It all started with a bear stack, and now TV’s most hilarious and heartwarming bears star in their first TV movie! Warner Bros. Home Entertainment is bringing Cartoon Network’s hit series into your homes on September 8, 2020 with the release of We Bare Bears The Movie on DVD. The movie is an extension of the successful We Bare Bears series, created by two-time Annie Award-winner Daniel Chong, and executive produced by Cartoon Network Studios. Eric Edelstein (“Shameless,” “Clarence”), Bobby Moynihan (“Saturday Night Live,” Me Myself & I) and Demetri Martin (“Important Things with Demetri Martin”) return as the voice actors of the loveable bears; Grizz, Panda and Ice Bear along with recurring guest stars include Patton Oswalt (“King of Queens,” Ratatouille), Ellie Kemper (“Unbreakable Kimmy Schmidt,” “The Office”), Charlyne Yi (“House,” “Steven Universe”) and Jason Lee (Alvin & The Chipmucks, Mallrats).

In We Bare Bears The Movie, when the bears’ love of food trucks and viral videos gets out of hand, it catches the attention of the menacing Agent Trout from the National Wildlife Control, who pledges to restore the “natural order” by separating them forever. Chased from their home, Grizz decides there’s only one thing they can do to find refuge – move to Canada! The Bears embark on an epic road trip filled with new friends, dangerous obstacles, and massive parties. But most importantly, the perilous journey will force the Bears to face how they first met and became brothers, in order to keep their family bond from splitting apart.

“Get ready for lovable bear hugs, internet culture references, and human life lessons we all need to learn in our technologically driven society,” said Mary Ellen Thomas, WBHE Senior Vice President, Originals, Animation & Family Marketing. “We are eager to bring home the laughter and antics of Cartoon Network’s first feature film for the series loyal fanbase and the whole family to enjoy.”

We Bare Bears premiered in 2015 and since its debut, has earned numerous awards including a BAFTA Children’s Award, a Jury Award for Best TV Series at the Annecy International Animated Film Festival and several Annie Awards. Fans around the world, most notably in the APAC region, have embraced the show for its portrayal of Asian pop culture.

DIGITAL
We Bare Bears The Movie is currently available to own on Digital. Digital allows consumers to instantly stream and download all episodes to watch anywhere and anytime on their favorite devices. Digital is available from various retailers including iTunes, Amazon Video, Google Play, Vudu, PlayStation, Xbox and others. A Digital Code is also included in the U.S. with the purchase of specially marked Blu-ray discs for redemption and cloud storage.

About Cartoon Network
Cartoon Network is a division of WarnerMedia and the #1 global animated series network, offering the best in original content for kids and families with such hits as Ben 10, Craig of the Creek, Steven Universe, The Amazing World of Gumball, The Powerpuff Girls, and We Bare Bears. Seen in 187 countries, over 450 million homes and in 33 languages, Cartoon Network inspires the next generation of creators and innovators by engaging its audience at the intersection of creativity and technology. Its award-winning pro-social initiatives, Stop Bullying: Speak Up and CN Buddy Network are acknowledged and often used resources for kids and adults looking for tools that can assist in dealing with the ongoing issue of bullying. WarnerMedia is a leading media and entertainment company that creates and distributes premium and popular content from a diverse array of talented storytellers and journalists to global audiences through its consumer brands including: HBO, HBO Now, HBO Max, Warner Bros., TNT, TBS, truTV, CNN, DC, New Line, Cartoon Network, Adult Swim, Turner Classic Movies and others. Warner Media is part of AT&T Inc. (NYSE:T). 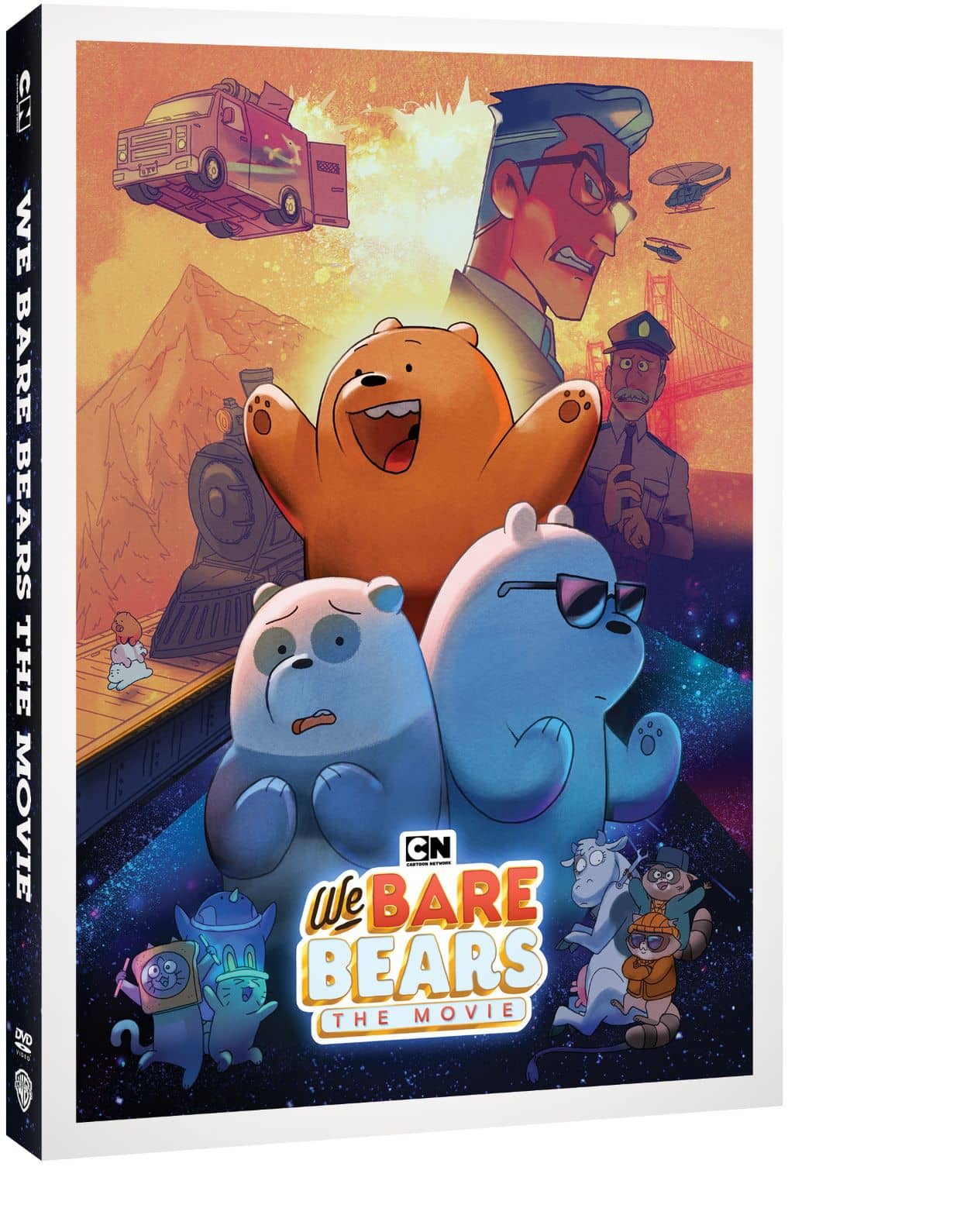