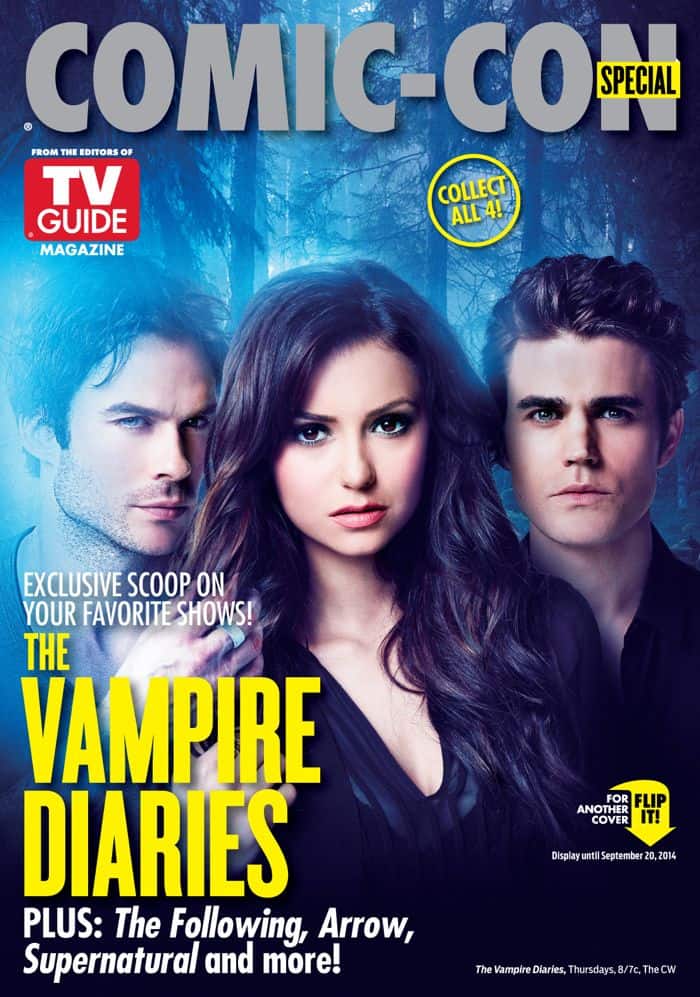 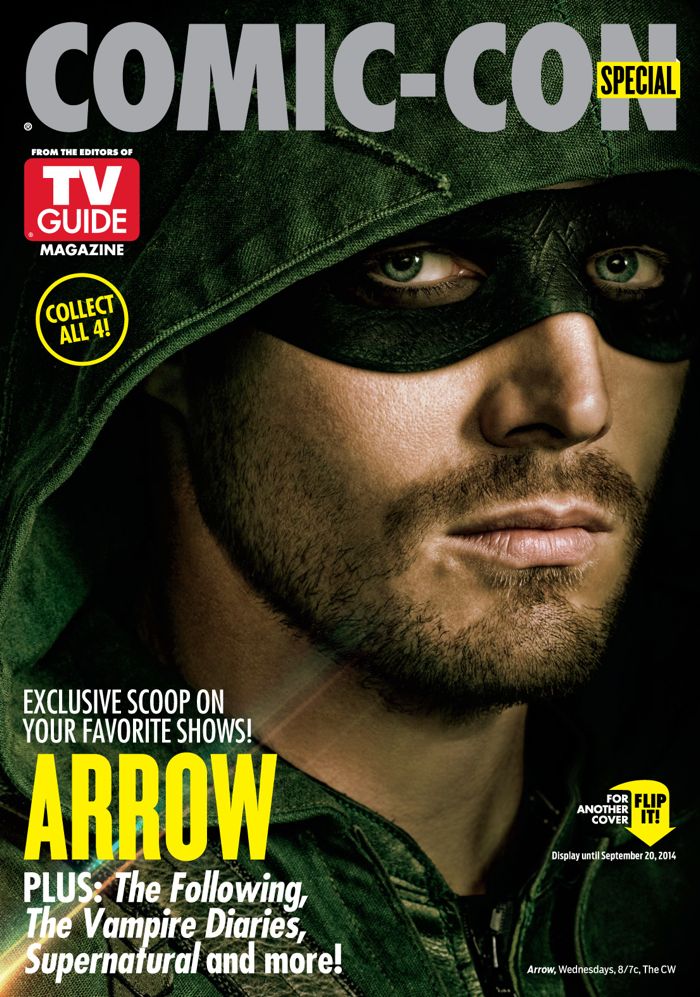 Newsstand and Digital Platforms: For those unable to attend Comic-Con in person, all four sets of collectible flip covers will be on sale from July 22 at newsstands nationwide. The special issue will also be available on major digital platforms, including Nook, Kindle Fire, Zinio and Google.

Fans combing through the 88-page special issue will find features and photos dedicated to the following programs:

Returning Comic-Con favorites The 100, Arrow, The Big Bang Theory, The Following, The Originals, Person of Interest, Supernatural, The Vampire Diaries and Childrens Hospital

And that’s not all, folks. There’s more, including:

An exclusive DC Entertainment comic, “60 Seconds in the Life of Barry Allen” (aka The Flash), written by The Flash writers Geoff Johns, Andrew Kreisberg and Greg Berlanti

A look at 75 years of Bat-Mania in honor of the Caped Crusader’s 75th anniversary, in addition to a DC Comics preview of Dick Grayson’s (aka Robin) new spy series, Grayson

All the scoop on the stories behind Oliver Queen’s scars on Arrow; a one-on-one interview with The Big Bang Theory’s Kunal Nayyar; the lethal stats on Joe Carroll’s killer minions from The Following; and more

Burning questions answered about fans’ favorite shows, including The 100, Arrow, The Big Bang Theory, The Following, The Originals, Person of Interest, Supernatural and The Vampire Diaries

And so much more…!