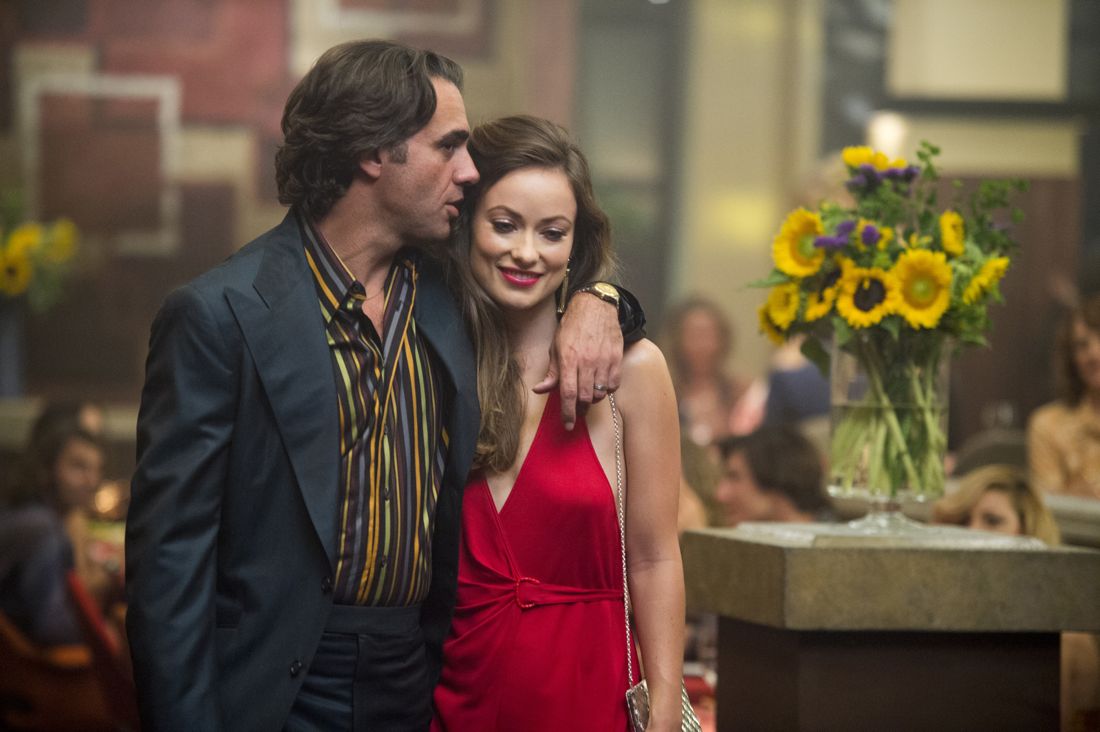 HBO’s newest drama is VINYL, which premiered its two-hour pilot last night. Set in 1970s New York, the series is about the music industry and a particular era of rock ‘n’ roll music. While the main characters are fictional, the band names and music are mostly real. Created by Martin Scorsese, Terence Winter, Mick Jagger, and Rolling Stone contributing editor Rich Cohen, its bona fides are legit.

At the center of VINYL is Richie Finestra (Bobby Cannavale, Ant-Man, Nurse Jackie), an exec trying to sell his struggling company. Richie once had a real love of music, as viewers get to see in flashbacks peppered throughout the installment, but now he’s older and settled. Married to Devon (Olivia Wilde, Rush, House), Richie seems ready to get away from the chaos and cacophony. Were he able to get back to what he loved about the art form, he might stick around, but surrounded by business crap, he’s ready to be done. If he can just make one last deal to get himself out.

Surrounding Richie is a delightful cast. Among those performers joining Bobby at the office are Ray Romano (Parenthood), Max Casella (Inside Llewyn Davis), P.J. Byrne (The Wolf of Wall Street), and Juno Temple (Maleficent). With this ensemble, I would watch just about any series they choose to do.

Despite this, though, like Winter and Scorses’s last HBO show, Boardwalk Empire, VINYL starts slow. Really slow. After hour one, I started distractedly playing games on my phone. I feel bad that I wasn’t giving the show my full attention, but it doesn’t seem like anything very interesting is happening, and that is disappointing, considering everything the series has going for it. Richie is boring and the flashbacks don’t really add anything to the present-day storyline, other than to flesh Richie out a bit. It feels tired.

However, late in the second hour, things really take a turn. Part of it is Andrew Dice Clay’s (Entourage, Blue Jasmine) character and the events surrounding him. But part of it is that who Richie truly is comes to the surface.

Richie isn’t the bland, typical personality one thinks he is at first. We see him doing drugs and lying to his wife, and it’s easy to pigeonhole him as just another blowhard in a crazy world who puts himself first and gives into his passions. Except, he’s not, and once that is realized, VINYL comes to life. Once we’re able to see that Richie really does love Devon and is trying to do right by her; once we see the pressure he is under and how much he struggles to cope with it; that’s when the series becomes unique and fresh and makes its mark.

I find myself wondering if there is anything VINYL could have done to hook viewers in sooner. I mean, the music is great from the start, and that is what first interests me, before the story starts to drag. Some of the supporting characters are also intriguing, but aren’t in it as much as Richie, and so get forgotten between scenes. But could the audience have understood Richie and his world without getting all the set up first, even if the set up didn’t play out as entertaining as it should have?

In the end, I have a hard time judging VINYL harshly, and actually want to go back and re-watch it more closely. By the credits of the premiere, I am fully on board with VINYL. It just takes awhile to get there. Had the show done a traditional single-hour kick off, it could easily have gotten skipped by me. But with the two-hour format, the program does its job and proves itself. If you tuned out early, go back and give it another chance. It’s worth it.