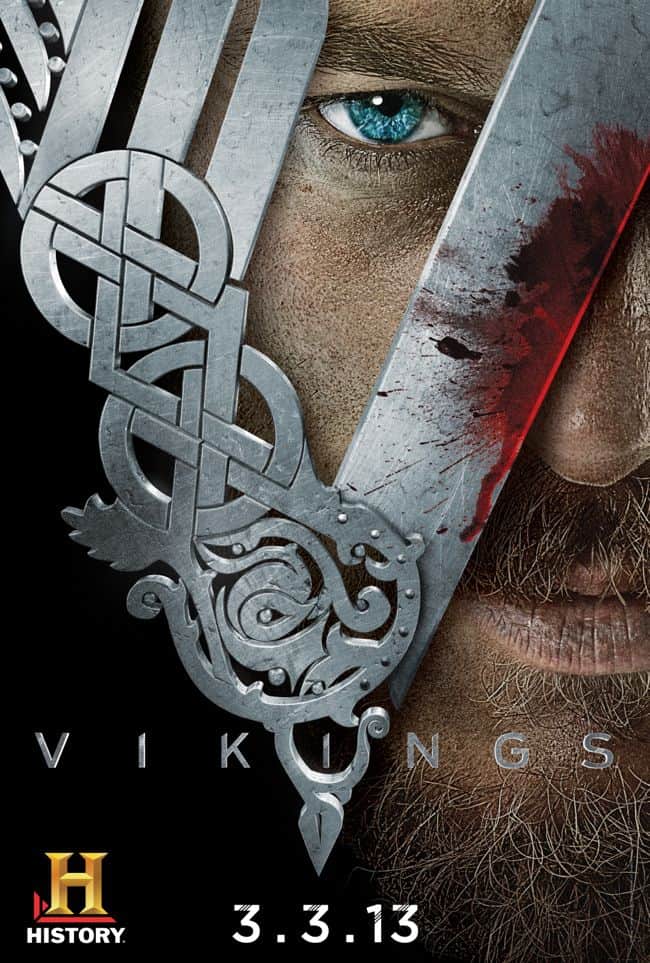 “VIKINGS is an incredible win for HISTORY – our first scripted series. We began this journey over six years ago, when we set sail to broaden the genre of HISTORY and now we are the only cable network to have achieved this amazing level of success in both nonfiction and scripted genres,” said Nancy Dubuc, President, Entertainment and Media, A+E Networks. “People think they know the Vikings – but the reality is more complex. We knew our audience had an appetite for this unexpected storytelling and it was a big bet that paid off.”

VIKINGS, airs Sundays at 10PM ET, tells the extraordinary tales of the lives and epic adventures of these warriors. The drama portrays the world of these Dark Age raiders, traders, explorers – not from an outsider’s view, but, through the eyes of Viking society.

While VIKINGS is filled with conflict, warfare and bloodshed – for these were extreme times – it is a family saga at heart. It follows the adventures of Ragnar Lothbrok (Travis Fimmel, The Beast, Baytown Outlaws), a curious, compelling  man who is always looking to break through barriers and discover new worlds to conquer. Ragnar is deeply frustrated by the unadventurous policies of his local chieftain, Earl Haraldson (Gabriel Byrne, In Treatment, Usual Suspects, Millers Crossing), who continues to send his Vikings raiders east every summer, to the Baltic states and Russia, whose populations are as materially poor as themselves.

VIKINGS is an international Irish/Canadian co-production being co-produced by World 2000 and Take 5 Productions. HISTORY will broadcast domestically in the U.S.  MGM Television will bring VIKINGS to the global audience, serving as the international distributor outside of Ireland, Canada and the U.S. VIKINGS is produced in association with Shaw Media, and the series will air on HISTORY in Canada.