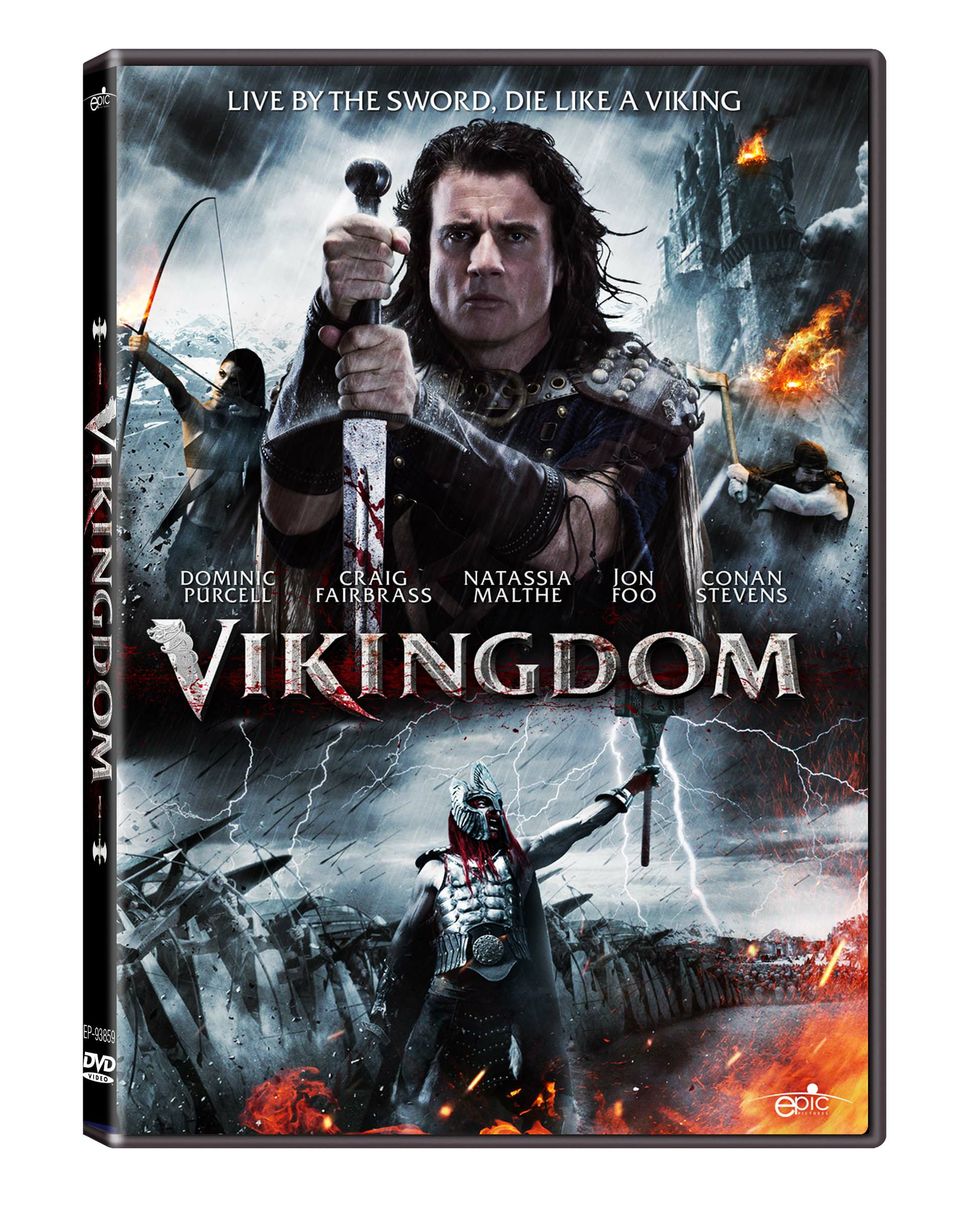 Seat42f and Epic Pictures have teamed up to give THREE lucky winners a copy of VIKINGDOM on DVD plus each winner receives a VIKINGDOM Poster. For a chance to win leave a comment below telling us why you want to add VIKINGDOM to your DVD collection. Only one entry per person. Contest ends January 30th. Winners will be notified on January 31st via email so make sure to use a valid email address when you post your comment.

Based on Viking mythology, a forgotten King Eirick (Dominic Purcell) battles from hell and beyond to retrieve the mystical artifact, Odin’s Horn, before Thor and his army can unleash its powers to conquer the world.