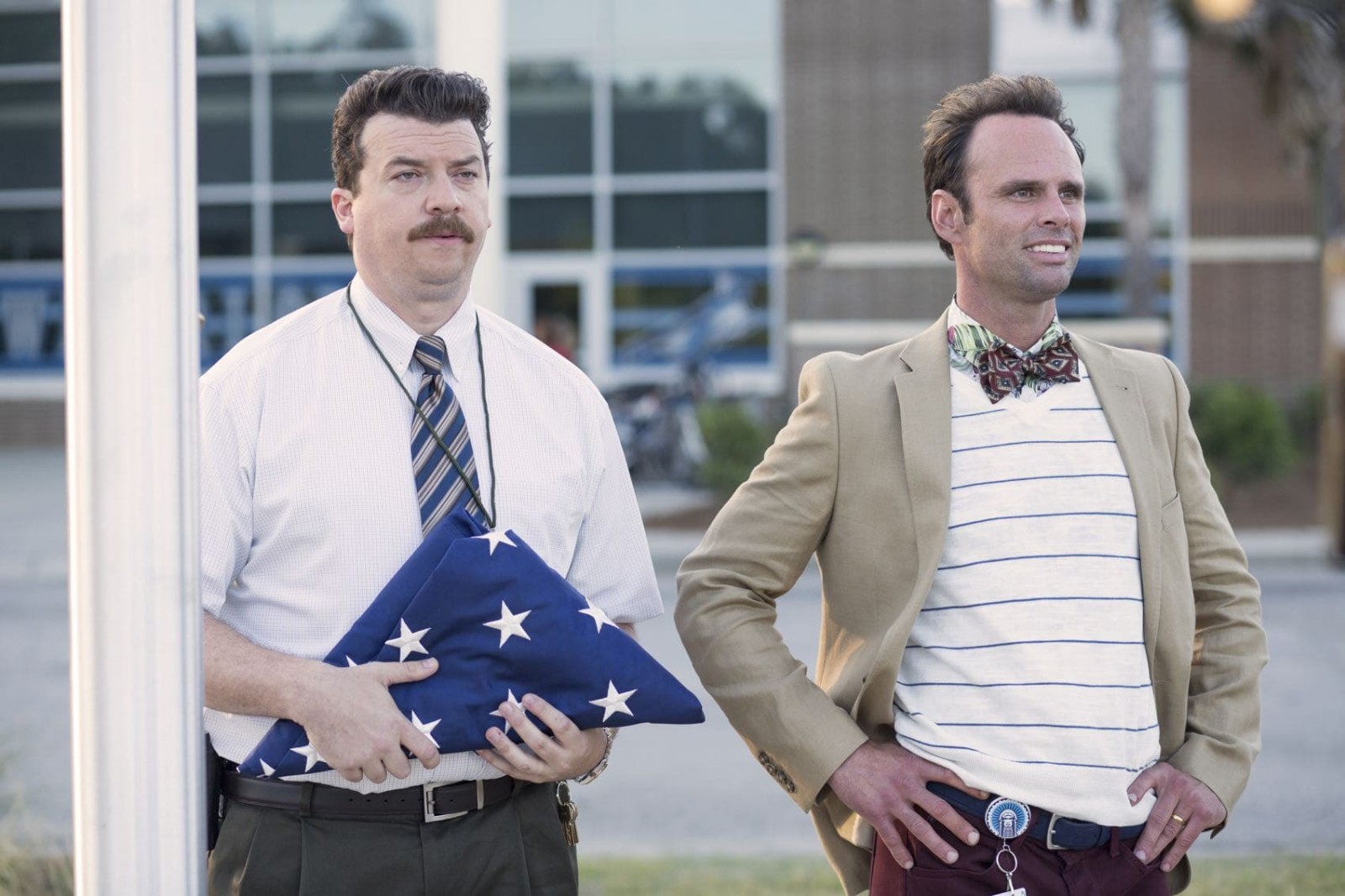 I recently was asked to review HBO’s next comedy series, VICE PRINCIPALS. Set at a high school, the half hour weekly series follows two men who hold the job mentioned in the title of the show, and whom both want to move up to full-blown principal if given the opportunity. Of course, they are not given such a chance, and the laughs are supposed to come from their antics as they try and fail to reach that goal, sabotaging themselves as much as one another.

In case you couldn’t tell by the tone of the first paragraph, I did not enjoy VICE PRINCIPALS. Admittedly, I did not enjoy Eastbound & Down, either, which I assume is the closest series the network has had previously to this one. Both were created by Jody Hill (Observe and Report) and Danny McBride (Pineapple Express), and star McBride. Both feature an obnoxious lead that is hard to like, who does things that are rude to others. It’s not my cup of tea.

I say this right out front because humor, unlike drama, is very subjective, and there is clearly an audience for McBride’s work. And it’s not like that I don’t enjoy the actor; I liked him very much in This Is the End. I just don’t get his point of view in these series.

I also chafe at poor depictions of schools. As someone who has worked as an educator, it bums me out that, aside from dedicated pro-teacher movies like Dead Poets Society or Mr. Holland’s Opus, staff members in academia are often treated so poorly in television and film. The vast majority of those who dedicate their lives to helping children are committed to their work. The behavior of McBride’s character, Neal, would never, ever be tolerated in any institution I’ve been in, and he would be promptly fired long before he reached the point of vice principal. I know cop and medical shows aren’t portraying the reality of those jobs, either, but at least they aren’t so negative on the professions.

Besides that, there isn’t a lot I can point to that is valid criticism of the show. It is well constructed. There aren’t any easy plot holes to pick on in the pilot. The cast, which includes Justified’s Walton Goggins as Neal’s main rival, Cougartown’s Busy Philipps as Neal’s ex-wife, Boardwalk Empire’s Shea Whigham as her new man, The New Normal’s Georgina King as a teacher at the school, Devious Maids’ Kimberly Herbert Gregory as the new principal, and Know Thy Enemy’s Sheaun McKinney as a cafeteria worker, is great. The legendary Bill Murray (Ghostbusters, Groundhog Day, Caddyshack, Zombieland) even guest stars in the pilot! Technically, there’s nothing explicitly wrong with the show.

When I see fare like this, it makes me sad for the actors in it, hoping they can find better work soon. Or, selfishly, I’m sad for myself, missing seeing their talent as long as they dedicate their time to a project I’ll never watch when I’ve enjoyed them so much in the past. This is certainly the case with Goggins and Philipps, both of whom I adored in their last works. But if they’re happy and the show does well, then I guess that’s all that matter. Plus, it’s already been announced that VICE PRINCIPALS will only be a two-season show, so their tenure will be relatively brief.

So it will all come down to where you get your sense of humor. I find it hard to pigeonhole exactly what McBride’s is, other than it’s definitely his own. It isn’t overly gross or slapstick or witty or LOL-worthy. It’s just what he finds funny, and it’s good that he gets to represent it on television. I hope he finds his audience, though it clearly does not count me among them.