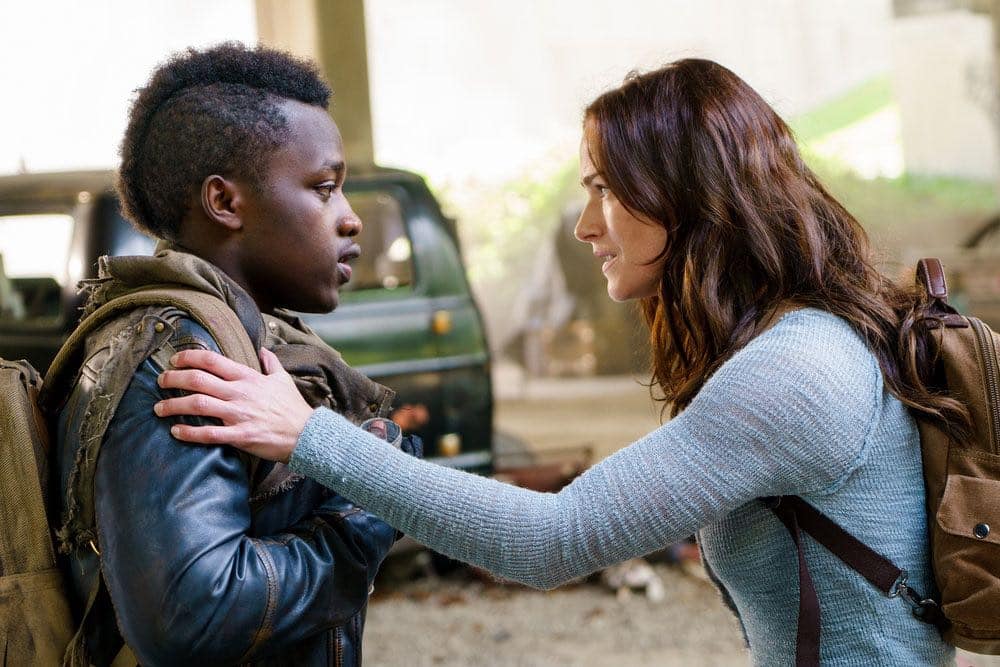 The new action-horror series, Van Helsing, has been renewed for a second season on Syfy. The hour-long drama premiered Friday, September 23 and will return for 13 all new episodes, with production expected to begin January 2017.

“It’s with great pleasure and extreme excitement that all of us involved with Van Helsing receive the news of a pick-up for a second season, especially this early in our initial run,” said Showrunner Neil LaBute. “We have a wonderful and terrifying road ahead planned for Vanessa, her allies and her enemies. I think this is a world and a story that can be sustained for many years and I am inspired to do so thanks to Syfy’s obvious trust and commitment in the storytellers, cast and crew. The team is very thankful and ready to go – ready to get back on the road to Denver and to spill a lot of blood along the way.”

“We could not be more thrilled to receive a second season nod from our friends at Syfy,” said Chad Oakes, Executive Producer and Co-Chairman of Nomadic Pictures. “The incredibly talented cast, director, and writers, all lead by our fearless leader Neil LaBute, worked tirelessly to deliver us an amazing first season. We cannot wait to roll up our sleeves and continue this journey together.”

“The pulse of the vampire apocalypse beats into season two. Congratulations to all the remarkable artists who have made this Van Helsing series so compellingly great,” said Michael Frislev, Executive Producer and Co-Chairman of Nomadic Pictures. “One of the best shows I have worked on in my career.”

“We’re so pleased to announce a second season of Van Helsing and extend our terrific partnership with Syfy and the phenomenal cast, crew and writers,” added Daniel March, Managing Partner, Dynamic Television. “To have the series already embraced by fans and critics alike is a strong testament to our talented team. We look forward to continuing their amazing storytelling and exploring more of Vanessa’s very unique story.”

After a catastrophic volcano eruption, the last remaining underground vampires rise up through a dark, ash-filled sky to overtake America. Vanessa Van Helsing (Kelly Overton, “True Blood”), a descendant of the legendary line of vampire hunters, awakens from a three-year coma to discover that she’s not only immune to the bloodthirsty predators – but also has the ability to make them human again. With this “cure” threatening the vampire’s existence and a target on her back, can Vanessa save humanity? Van Helsing is a total re-imagination of the timeless Dracula brand and stars Overton, Jonathan Scarfe, Christopher Heyerdahl, David Cubitt, Vincent Gale, Rukiya Bernard, Trezzo Mahoro, Aleks Paunovic, Laura Mennell, Tim Guinee and Paul Johansson.