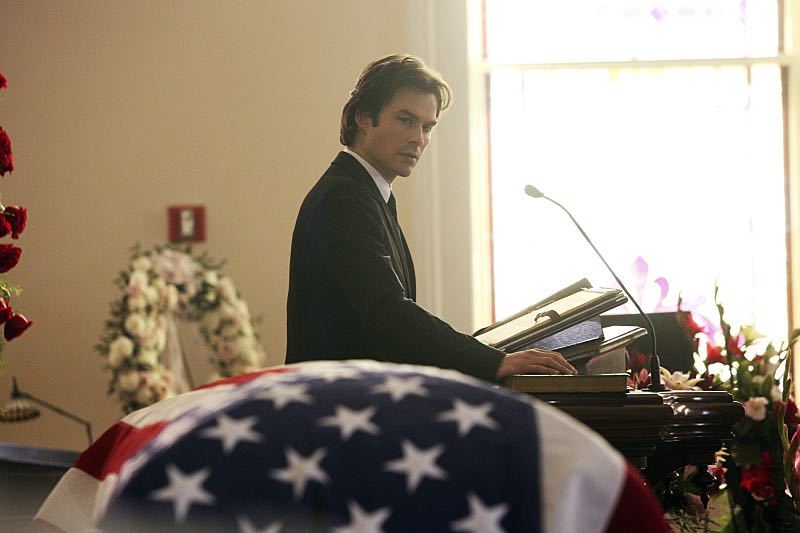 EXECUTIVE PRODUCER JULIE PLEC MAKES HER DIRECTORIAL DEBUT — After assigning tasks to each of her friends, Caroline (Candice Accola) attempts to deal with her current situation as reality begins to set in around her. While spending the day with Caroline, Elena (Nina Dobrev) grows concerned when she starts noticing a strange change in her behavior. Meanwhile, Alaric (Matt Davis) becomes wary when Kai (guest star Chris Wood), who has begun experiencing unexpected consequences from the merge, turns to Jo (guest star Jodi Lyn O’Keefe), desperate for her help. Elsewhere, while Bonnie (Kat Graham) finds herself in an unfamiliar situation, Matt (Zach Roerig) and Tyler (Michael Trevino) contemplate a major life change. And when Damon (Ian Somerhalder) offers Caroline advice on how to cope with everything going on around her, it forces him to revisit painful memories involving his own mother. Paul Wesley also stars. The episode was written and directed by Julie Plec (#615). Original airdate 2/19/2015.