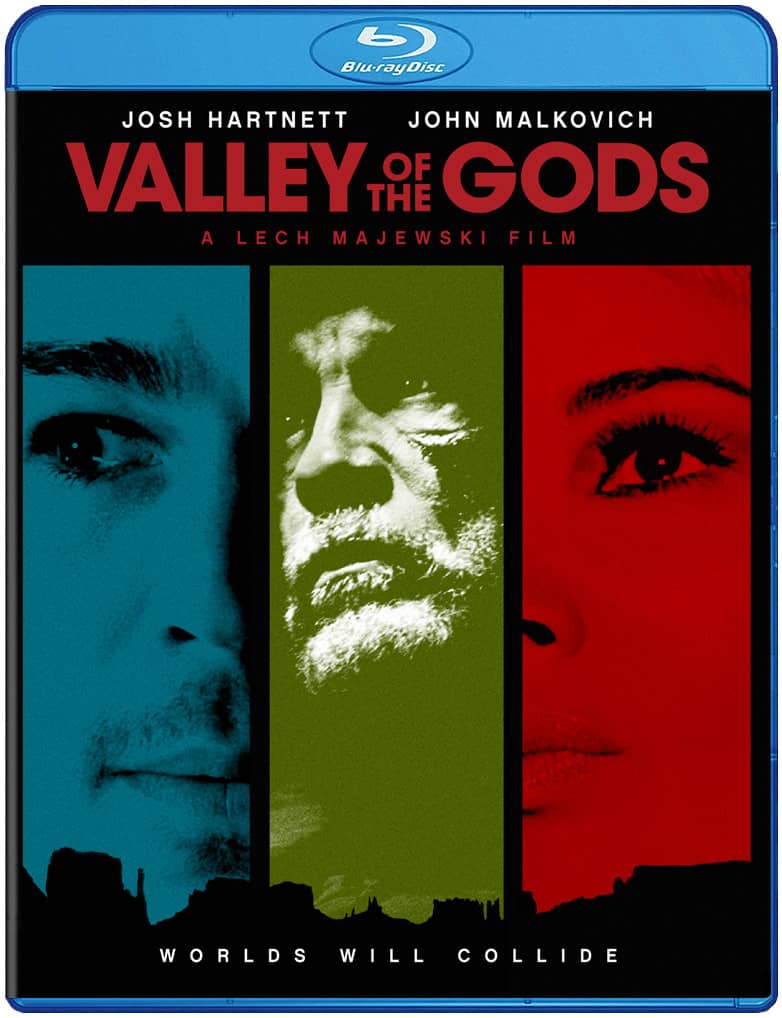 VALLEY OF THE GODS, the latest film from award-winning Polish filmmaker Lech Majewski (The Garden of Earthly Delights, The Mill and the Cross), comes to Digital, Blu-ray™ and DVD August 11 from Well Go USA Entertainment. Starring Josh Hartnett (Pearl Harbor, Black Hawk Down), Bérénice Marlohe (Skyfall) and two-time Best Supporting Actor Academy Award® nominee John Malkovich (Places in the Heart, 1984; In the Line of Fire, 1993), VALLEY OF THE GODS juxtaposes abundance and poverty through the eyes of an anguished writer, a bizarre trillionaire and a struggling Navajo community armed with only a now-imminent ancient legend. The film features an original music score by Oscar®-winning composer Jan A.P. Kaczmarek (Best Original Score, Finding Neverland, 2004) and co-stars Jaime Ray Newman (TV’s “The Punisher”), Keir Dullea (2001: A Space Odyssey, Madame X) and John Rhys-Davies (The Lord of the Rings). Bonus materials include a “making-of” featurette.

Synopsis:
Starring Josh Hartnett, Bérénice Marlohe and John Malkovich, VALLEY OF THE GODS contrasts abundance and poverty through three separate storylines, featuring a middle-class writer (Hartnett), an eccentric trillionaire (Malkovich), and a struggling Navajo community. Post-divorce, copywriter John Ecas undertakes the biography of the richest man on earth, who is dead-set on mining sacred lands for uranium. When modern advance runs afoul of long-dormant guardians from ancient legend, even the most unimaginable wealth may soon meet its match.

VALLEY OF THE GODS has a runtime of approximately 127 minutes and is not rated.
Country of Origin: Poland

Academy Award® and Oscar® are the registered trademarks and service marks of the Academy of Motion Pictures Arts and Sciences.

ABOUT WELL GO USA ENTERTAINMENT
Well Go USA Entertainment (www.wellgousa.com) is a theatrical and home entertainment distribution label that specializes in bringing top content, including the best in Action, Genre and Independent films from the US and around the world, to North America, Latin America, Asia, and Europe. As a leader in independent film distribution, Well Go’s titles can be seen across a variety of platforms, including theatrical, digital, subscription and cable VOD, packaged media and broadcast television. Well Go USA Entertainment’s corporate headquarters is in Plano, Texas, with offices in Taiwan and China.