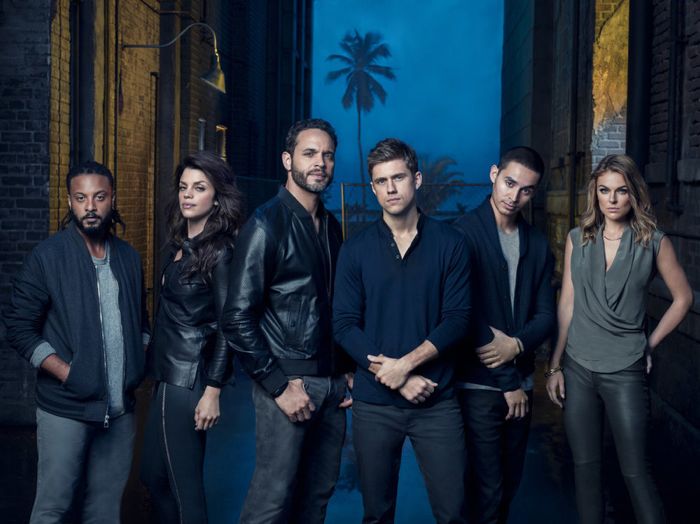 USA Network today announced a 13-episode third season order for the provocative one-hour series GRACELAND, a high-stakes serialized drama from creator Jeff Eastin (WHITE COLLAR), which follows a group of elusive undercover agents who live in a web of lies while operating under the same roof. The series is produced for USA by Fox Television Studios.

“This season of Graceland took viewers on a wild ride with unexpected character twists, and a heart-stopping cliffhanger that left a lead character’s fate in question,” said USA Network President Chris McCumber. “Jeff Eastin and the talented ensemble cast deliver on all levels, and season three will undoubtedly continue to keep us on the edge of our seats.”

Said Fox Television Studios’ Senior Vice President, Programming, Nancy Cotton, “FTVS truly values the long and fruitful relationship we have with Jeff and USA. We could not be more excited to bring USA viewers another thrilling season of GRACELAND.”

The sophomore season followed the dangerous lives of six undercover federal agents living together in a government-seized Southern California beachfront house. These FBI, DEA and ICE agents, whose lies are their lives, struggled to maintain a sense of normalcy. This was especially challenging when former FBI rookie, Mike Warren (Aaron Tveit, “Les Miserables”) returned to “Graceland” to run point on a dangerous mission against the cartel. Briggs (Daniel Sunjata, “Rescue Me”), still concerned about the missing recording that implicated him in a murder, attempted to clean up his life and repair his relationships. The season ended with a stunning cliffhanger: Sid (Carmine Giovinazzo) smothering a hospitalized Mike as Briggs raced to try to save him from Sid’s deadly hands.

The renewal of GRACELAND comes on the heels of pick-ups for original dramas SUITS, SATISFACTION and ROYAL PAINS. The network has a strong drama pipeline, including four pilots: MR. ROBOT, with Christian Slater (“Nymphomaniac,” “Adderall Diaries”) and Rami Malek (“24”); COLONY from executive producers Carlton Cuse (“Lost,” “Bates Motel”) and Ryan Condal (“Hercules”) and starring Sarah Wayne Callies (“The Walking Dead”) and Josh Holloway (“Lost”); STANISTAN starring Jennifer Carpenter (“Dexter”); and QUEEN OF THE SOUTH, starring Alice Braga (“I am Legend,” “City of God”), based on the international best seller “La Reina Del Sur”- which spawned one of the most popular telenovelas of all time on USA’s sister network Telemundo. The network ended the summer on top and won Q3 across all key demos (25-54, 18-49, 18-34).

GRACELAND is currently available on video on demand, USANetwork.com and Amazon Prime. Fans can access Graceland: Undercover, an interactive second screen experience offering the unique opportunity to live the secret life of federal agents, online or it via download on audio content recognition-enabled iOS mobile and tablet apps available in the Apple App Store.