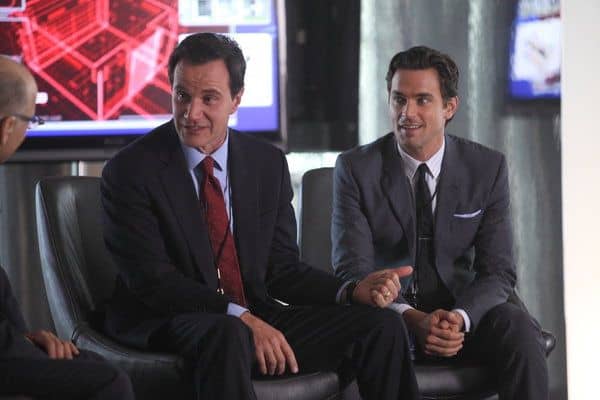 In season 4.5 of COVERT AFFAIRS the hunt is on. As the people closest to Annie (Golden Globe®-nominee Piper Perabo) suffer in the aftermath of Henry Wilcox’s (guest star Gregory Itzin) bitter revenge plot, Annie makes her biggest sacrifice, pushing herself farther than ever in order to face off against a devious puppet master. The series also stars Christopher Gorham, Kari Matchett, Peter Gallagher and Hill Harper.

In full festive spirit, USA will air a special holiday season reality series event, IT TAKES A CHOIR (fka “The Choir”), on Sundays at 8pm, beginning November 3. Based on the hit UK series, this show follows the distinct and charming choirmaster Gareth Malone, who unites an unexpected mix of characters through the spellbinding power of music. A true fish out of water, in both his environment and teaching style, Malone finds himself in the craziest situations with some of the biggest characters. Each episode culminates in a unified and powerful public performance from the choir in front of their family, friends and community.

Rounding out the holiday programming slate is PSYCH: THE MUSICAL, an unprecedented two-hour special event on Sunday, December 15 from 9-11pm. Shawn (James Roday) and Gus (Dule Hill) dive into a world that’s equal parts mystery and melody to track down an escaped playwright mad man, Z (Anthony Rapp, “Rent”), who six years earlier was deemed criminally insane after locking a critic in a back room of the theatre that he burnt to the ground. The holiday event also stars Maggie Lawson, Kirsten Nelson, Timothy Omundson and Corbin Bernsen.

Emmy Award-winning journalist Cat Greenleaf, USA’s new host of daytime TV, will be making her debut on the network in tandem with the MODERN FAMILY launch, kicking off with behind-the-scenes interviews with MODERN FAMILY’s Steve Levitan, Sarah Hyland, Ariel Winter, Nolan Gould and Rico Rodriguez. Her segments, airing between 11am-3pm on weekdays, will feature one-on-one interviews with actors, personalities and tastemakers from her iconic stoop.

*All times are ET/PT