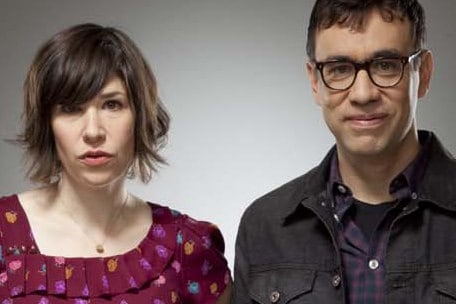 In director Leslie H. Martinson’s campy action comedy based on the tongue-in-cheek 1960s TV series, Batman (Adam West) and Robin (Burt Ward) battle sharks, Catwoman (Lee Meriwether), The Joker (Cesar Romero), The Penguin (Burgess Meredith) and The Riddler (Frank Gorshin) on the big screen. Can they keep the bad guys from taking over the world? With a “wham!” and a “pow!” the heroes just might pull it off — and maintain their secret identities.

Years after rejecting Barfii, a hearing and speech impaired young man, for a more “appropriate” suitor, Shruti crosses paths with him once again. Now, the tables are turned as he has a girlfriend — and Shruti finds herself falling for him.  Barfi! is India’s selection for Best Foreign Language picture in the 2013 Academy Awards.

In this Oscar-nominated animated feature, little Zoe discovers that her cat, Dino, moonlights as the companion to Nico, a burglar with a heart of gold. Soon Zoe is drawn into a thriller filled with gangsters, jewels and the rooftops of Paris.

In this sequel to the 1999 blockbuster, adorable white mouse Stuart still lives happily with his adoptive family, the Littles — and more zany misadventures are in store as Stuart, his human brother and their mischievous cat raise the roof.

Workaholic publicist Sloane Spencer is haunted by the spirit of a newly deceased client, actress Caitlin Quinn, who tries to persuade Sloane to forsake her single-minded life and reunite with a former flame to find true love by Christmas.

Saluting iconoclastic animator Bill Plympton, this affectionate documentary looks at the life of the prolific artist through a series of vignettes featuring clips from his cheeky work and interviews with peers, celebrity fans, family and friends.

When an Algerian immigrant seeking asylum in Montreal takes a job replacing an elementary school teacher who committed suicide, he finds that his own secret, tragic background enables him to help the children deal with their loss.

Jenny has been avoiding her family — especially her sister Lucy — for years, and is on the brink of marriage when Lucy erupts back into her life. With her own world in crisis, Lucy soon manages to upend Jenny’s as well in this smart Bronx comedy.

As the Soviet satellite Sputnik streaks across the heavens in October 1957, it’s a source of inspiration for 17-year-old Homer Hickam. Drafting a few friends to help, Homer crafts a rocket to compete for a science fair scholarship.

At once spooky and grisly, this thriller follows a woman’s quest to find the truth behind claims that her mother killed three people during an exorcism. The daughter’s journey takes her to Italy, where she becomes involved in other exorcisms.

Beloved claymation stars Wallace and Gromit introduce and comment on the live-action segments of this science documentary series, providing a light-hearted and humorous look at real-life, mind-boggling contraptions, gadgets and inventions.

In this seasonal tale, Master Shifu calls on Po to host the year’s biggest event: the Winter Feast, a special time to celebrate family, tradition and kung fu. But he soon finds himself facing a choice between his responsibilities and family custom.

All aboard for a special holiday delivery filled with friendship, teamwork and fun! Unwrap the holiday adventures with Thomas and his friends and best wishes for a very Thomas Christmas!

Meet everyone’s favorite snobbish pretender and social climber, Hyacinth Bucket (Patricia Routledge) and her wacky extended family in this hilarious British series that first aired on the BBC. While Hyacinth’s days are spent performing “charitable” acts for the lower classes (including her sisters), she still finds time to give her long-suffering husband, Richard (Clive Swift), plenty of unnecessary advice and keep her neighbors on edge.

Following a personal tragedy, the Harmon family hopes for a fresh start in Los Angeles, unaware their palatial new home is haunted. And everyone, particularly an eccentric neighbor, seems to know more about the house’s history than they’re telling.

This drama series follows the emotional ups and downs of four women and one man, each married to a soldier and living on an army base where they contend with infidelity, PTSD, their spouses’s long deployments and other heartaches.