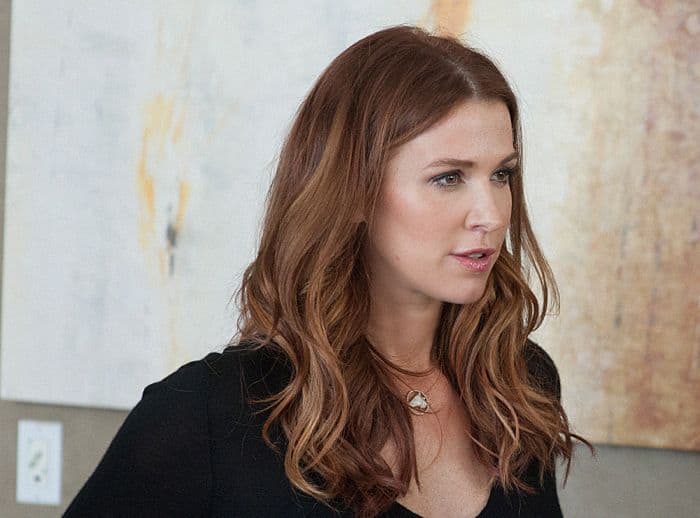 A&E Network presents season four of scripted crime drama “Unforgettable,” following NYPD Detective Carrie Wells (Poppy Montgomery), who has a rare memory condition, hyperthymesia, which she utilizes to solve some of New York’s most dangerous crimes.  Although at times her gift can be a struggle, her memory has been imperative in helping her and partner Al Burns (Dylan Walsh) maintain a 100% clearance rate on a staggering number of criminal cases.  The new season of “Unforgettable” premieres with back-to-back episodes on Friday, November 13 at 8PM ET/PT and 9PM ET/PT on A&E for a 13-episode run.

In the premiere episode, “Unforgettable” returns with the enigmatic Carrie Wells on a career high, making headlines as New York’s most decorated cop.  Reveling in her recent successes will prove to be short-lived for Carrie.  Armed with her unique ability and backed up by those she trusts the most, Carrie will face some of the most challenging cases of her career this season, with each case becoming more memorable than the last.

This season the Major Crimes team gets a makeover with newcomers Alani “La La” Anthony (“Power”) as flashy medical examiner Delina Michaels, Kathy Najimy (“Veep,” “King of the Hill”) as Captain Sandra Russo, the team’s new boss and E.J. Bonilla (“Revenge”) as young, wisecracking Detective “Denny” Padilla who has a penchant for Carrie, much to the dismay of Al.  Additional players that promise to shake up Carrie and Al’s world include Skeet Ulrich (“Law and Order: LA”) as Carrie’s mysterious long lost husband Eddie Martin and comedienne Rachel Dratch (“Saturday Night Live,” “30 Rock”) as Rosie Webb, the patience-testing star witness in a high-profile securities fraud case whom Carrie and Al are tasked with safely delivering to Miami.  Finally, Grammy Award-winner Ashanti (“Army Wives”) will appear as Stella, a gorgeous jazz singer caught up in the underbelly of NYC’s music scene, who catches the eye of Al. Series regular James Hiroyuki Liao returns as Major Crimes team member Jay Lee.

“Unforgettable” is produced by Timberman-Beverly Productions and Jones Agee Productions in association with Sony Pictures Television. Executive Producers on the series include creators Ed Redlich and John Bellucci as well as Sarah Timberman, Carl Beverly, Bill Chais and Poppy Montgomery.