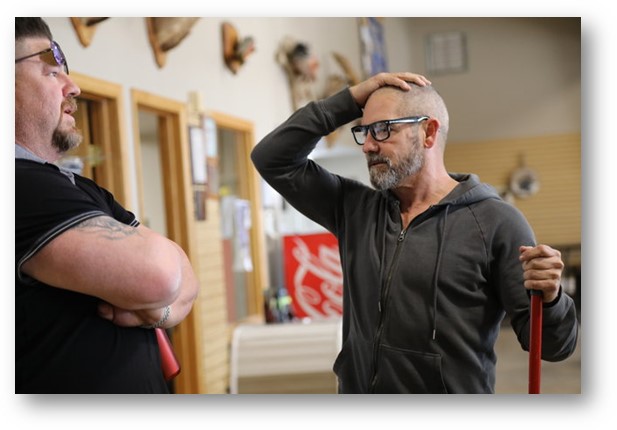 As the country begins to open up and businesses slowly rebuild, Discovery announced it will air the second season of UNDERCOVER BILLIONAIRE, currently streaming on discovery+. UNDERCOVER BILLIONAIRE season two returns Tuesday, April 27 at 10 PM ET/PT on Discovery following the all-new season premiere of DEADLIEST CATCH at 8 PM ET/PT.

In the first season of UNDERCOVER BILLIONAIRE, self-made businessman Glenn Stearns was stripped of his name, wealth and contacts and dropped into a city he’s never been to see if he could build a million-dollar company in 90 days with only $100 in his pocket. Inspired by Glenn’s audacious bet, three new entrepreneurs have stepped forward to embark on the same bold challenge.

This season, three successful entrepreneurs – Grant Cardone, Monique Idlett-Mosley and Elaine Culotti – are betting $1 million that they can go undercover in three different cities, start their own business with just $100 and top the million-dollar mark in just 90 days. At the end of the challenge, each of them will reveal their true identities to the people who helped build their business. Where does someone even start? And what lessons can these entrepreneurs share as they navigated such a challenging business environment?

Each person will need to rely on their own unique secrets of success. Everyone has their own game plans, secret business hacks and strategies. After all, there’s more than one way to make $1 million dollars.