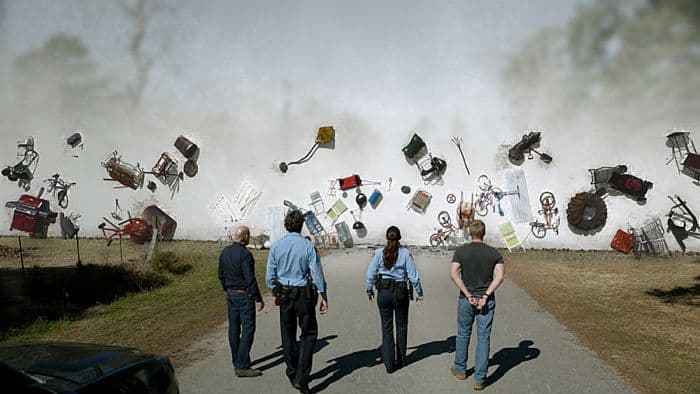 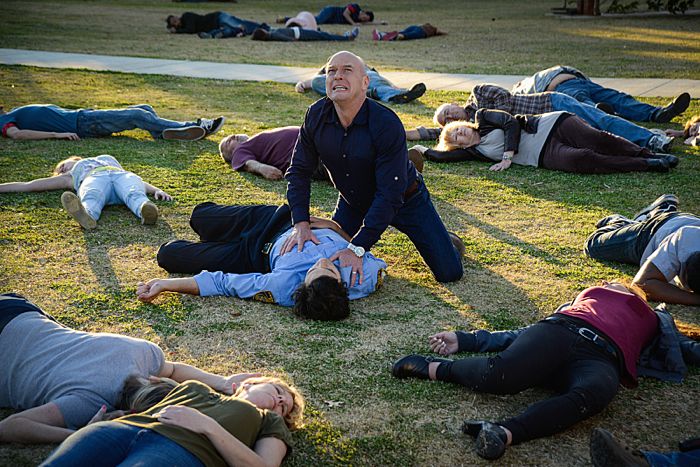 UNDER THE DOME Season 2 Episode 1 Photos Heads Will Roll : “Heads Will Roll” – Barbie’s fate lies in Big Jim’s hands, and the Dome presents a new threat when it becomes magnetized. Meanwhile, Julia seeks out the help of a stranger to save the life of a mysterious girl who may hold clues to origin of the Dome, on the second season premiere of UNDER THE DOME, Monday, June 30 (10:00-11:00 PM, ET/PT) on the CBS Television Network. The premiere episode was written by bestselling author and executive producer Stephen King, who also makes a cameo appearance, and was filmed on location in Wilmington, N.C. Eddie Cahill and Karla Crome join the cast as series regulars.