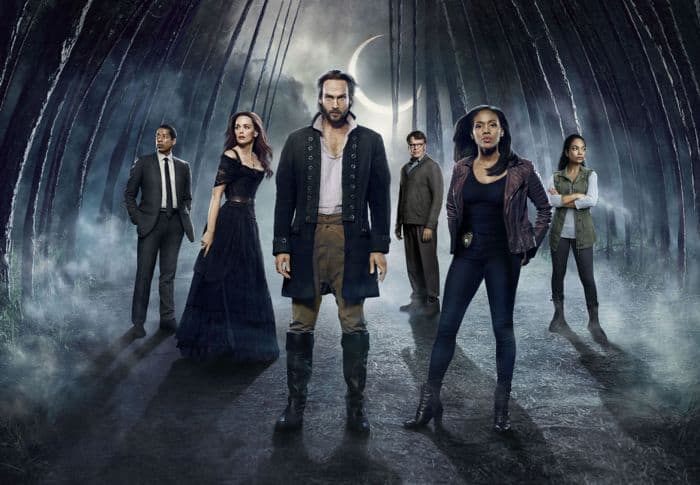 Fan-favorite shows “American Horror Story,” “Sleepy Hollow,” “Salem,” “Bob’s Burgers” and “The Simpsons” will all return to Con, while Seth MacFarlane’s animated comedies “Family Guy,” “American Dad” and the upcoming “Bordertown” will also have panels and screenings. New series “Minority Report,” “Sex&Drugs&Rock&Roll” and Glen Mazzara’s “Damien” will make their Con debuts, along with Will Forte who will be joined by Kristen Schaal, January Jones and director/exec producer Chris Miller to tease the second season of his Fox comedy, “The Last Man on Earth.”

Tom Mison, Nicole Beharie, Lyndie Greenwood and the exec producers of “Sleepy Hollow” will present a first sneak peek to Season 3, while new Fox drama “Minority Report” will also present a special screening, plus Q&A with the cast and producers, in anticipation of its fall premiere.

“Damien,” upcoming on A&E, will debut at Con with exec producer Mazzara, plus cast members Bradley James, Barbara Hershey, Megalyn Echikunwoke, and Omid Abtahi for a first look at the new satanic drama with a Q&A with the cast and producers.

“Salem’s” cast including Shane West, Janet Montgomery, Seth Gabel, Ashley Madekwe, Iddo Goldberg and the exec producers/creators Brannon Braga and Adam Simon will take a look back at Season 2 during a moderated discussion and audience Q&A.

“Bob’s Burgers” and “The Simpsons” will be back at the convention — “Bob’s Burgers” will have a panel with never-before-seen footage, while “Simpsons” will show a sneak peek behind “Treehouse of Horror XXVI.” The two staples will be in good animated company with McFarlane’s first-ever Comic-Con comedy block panel, which will feature “Family Guy,” “American Dad” and a first-look at Fox’s 2016 series “Bordertown.

20th Century Fox TV will also have a two-story Fox booth at the convention center, hosting talent rotating through for autograph signings, giveaways and more.