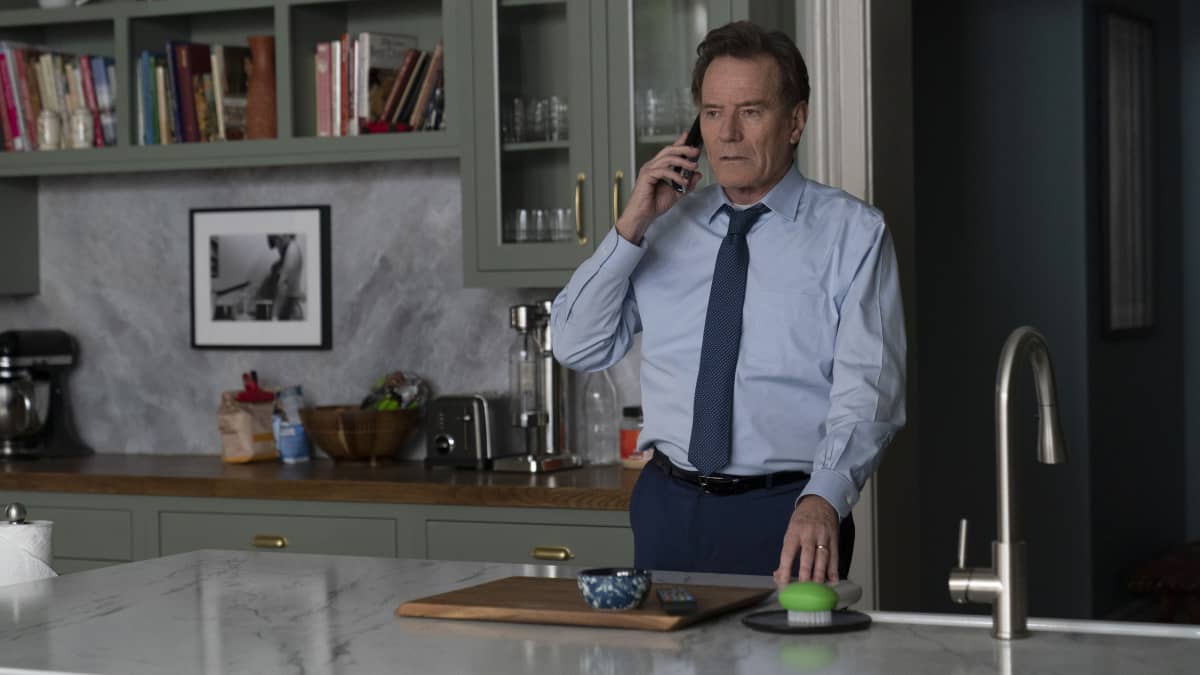 Bryan Cranston returns to television in Showtime’s new drama YOUR HONOR, which premiered last night. Cranston plays a respected judge named Michael Desiato who is kind-hearted and takes justice seriously, even investigating witness stories on his own sometimes. So when, on the anniversary of Michael’s wife’s death, his teenage son accidentally hits a boy on a motorcycle and kills him, Michael’s first instinct is to do the right thing and drive his son to the police station. But the identity of the victim changes the judge’s mind, and now he’s in a desperate attempt to coverup the crime.

Michael Desiato doesn’t seem anything like Cranston’s Breaking Bad character, Walter White, other than the love he has for his family, which Walt seemed to lose over time, but Michael probably won’t. If not for the exact specific circumstances surrounding the boy’s death, Michael would have tried his best to help his son, but through the proper legal channels. He wants to handle it above board, and that is noble, something not every parent could bring themselves to do when their child’s freedom is on the line. We get a chance to see who this character really is before things go down.

YOUR HONOR also follows Michael’s son, Adam (Hunter Doohan, Truth Be Told), during the incident, and his case is sympathetic. Grieving his lost mother, scared of a perceived threat of violence from others, and suffering an asthma attack, one can see how the wreck occurred while still remaining sympathetic to Adam. Even when the teen flees the scene and tries to get rid of evidence, it can be chalked up to panic and shock. Adam knows he must turn himself in, and doesn’t fight it when his father tells him so. In fact, Adam doesn’t seem to want to keep hiding the truth when Michael first decides they have no choice but to hide it. He seems like a good kid in tragic circumstances that made mistakes but will accept responsibility for them.

The twist is that the boy Adam hits and kills is the son of Jimmy Baxter (Michael Stuhlbarg, Boardwalk Empire), a notorious crime lord. And both Jimmy and his wife, Gina (Hope Davis, For the People), are determined to find the person who murdered their son. It is heavily implied they do not want justice so much as revenge, and should Adam turn himself in, he would likely be quickly murdered in jail. Hence Michael’s decision not to let his son be arrested, as much as that makes sense under any other circumstance.

Admittedly, the coincidences in YOUR HONOR pile up quickly. The story seems unrealistic because of just how much has to happen to set up the exact scenario described above. Recent real-life events over the past few years make even the most unlikely thing more believable, in my opinion, but there is a certain amount of “Really?” baked into the premise that will likely give some viewers pause, and as many negative reviews of this show have pointed out.

To me, I think Cranston is a phenomenal actor, and the rest of the cast is very talented, too. The story is interesting and compelling, and the character reactions are relatable. I thought the death scene got too gory, and perhaps Michael’s demonstration of principle early in the pilot was a bit heavy-handed, but other than that, I did enjoy it immensely. A plot twist another reviewer spoiled about Adam’s girlfriend, which will be revealed in an upcoming episode, does make me groan, but overall, I am deeply intrigued and plenty prepared to watch this series, which seems certain to just be a miniseries, rather than a years-long story. YOUR HONOR is not without flaws, but my impression of the initial installment is that it’s pretty good and worth a look.

If you want to decide for yourself, new episodes of YOUR HONOR air Sunday evenings on Showtime.