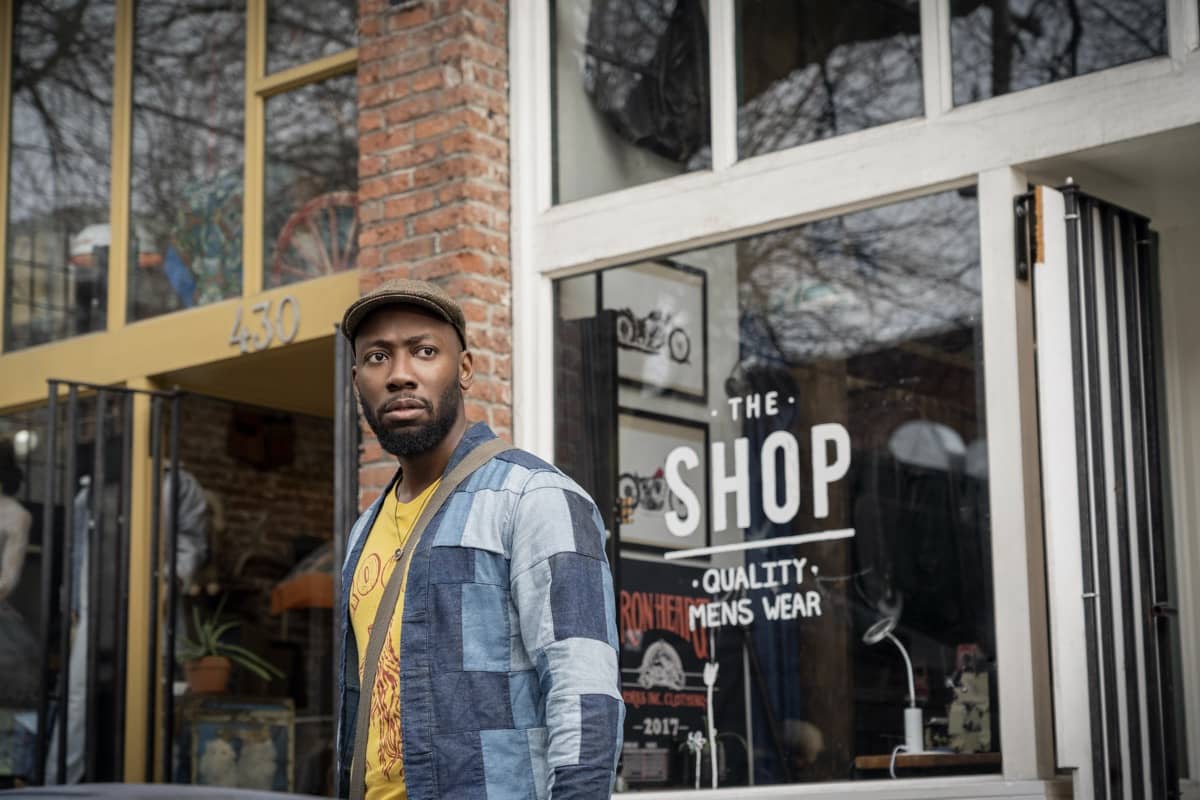 Premiering on Hulu next week is WOKE. The dramedy follows cartoonist Keef Knight, whose career is just about take off when he finds himself pushed into becoming a social justice warrior. That is exactly the opposite personality from the one Keef has carefully crafted his entire life, determined to blend in with white people and not make waves or be the slightest bit controversial. But after a traumatic run-in with the police, he begins hallucinating talking objects who won’t leave him alone until he finally speaks his mind – very loudly and publicly.

Lest you think this is one of those dumb, weird comedies about a man going crazy, WOKE is not that. The talking objects are never more present than they are at the beginning, later used sparingly and with care, not a constant gag that you have to struggle through if you’re not into it. WOKE is much more focused on the emotional and mental turmoil that Keef is experiencing as he tries to pull himself out of the hole he digs into and find a new normal. This series was so compelling,  I couldn’t stop until I’d blazed through all right episodes in a single day.

Lamorne Morris, best known as goofy sidekick Winston in New Girl, shines as Keef in WOKE, perfectly balancing an everyman quality with someone who can be serious and inspiring. He carriers this show on his back, as its almost entirely from his perspective, and he does it with excellence. I hope this show runs for many years because I can’t wait to see him play more of this character, or any character, really, after this.

He is supported by an amazing and varied ensemble, all there for how they relate to Keef, but complex characters on their own. Keef’s roommates are Clovis (comedian and writer T. Muph) and Gunther (Blake Anderson, Workaholics). Gunther is the super-woke white guy who seems to fight more for racial justice than the Black characters that surround him, even at times telling them how to act concerning sensitive issues. Yet, he stops short of being too annoying and patronizing, and displays a huge heart at all times. Clovis, meanwhile, is a player who lies to women constantly, and yet is somewhat good to his friends. One wonders what his backstory is that has made him this way, as his charm makes him difficult to hate, even as his actions are despicable.

Sasheer Zamata (Saturday Night Live) is introduced as a journalist who has strong morals, though further episodes reveal just how far from perfectly noble she is. Rose McIver (iZombie) is Keef’s fellow artist love interest, and they struggle with their interracial relationship and personal drama as they come together during a very disruptive time for Keef.

The subject matter is timely, though definitely written before recent events. Still, the conversation is more than relevant. Who really needs to watch this show is the Blue Lives Matter crowd. This will humanize the other side of the debate in a way that is badly needed in this hyper-partisan time, and in the tradition of great television shows, will foster understanding. But who is more likely to watch it are those already in support of Black Lives Matter and the series will preach to the crowd.

Apart from that, though, WOKE is an extremely well-made series, no matter what issues its tackling. It has terrific characters, is beautifully set in San Francisco, and expertly balances itself well between smart writing and really funny stuff, simultaneously being a true exploration of society at large and individual personalities, shining a light on so much that needs it. A koala subsplot is particularly insightful, in my opinion. This show is excellent, and season two can’t come soon enough.