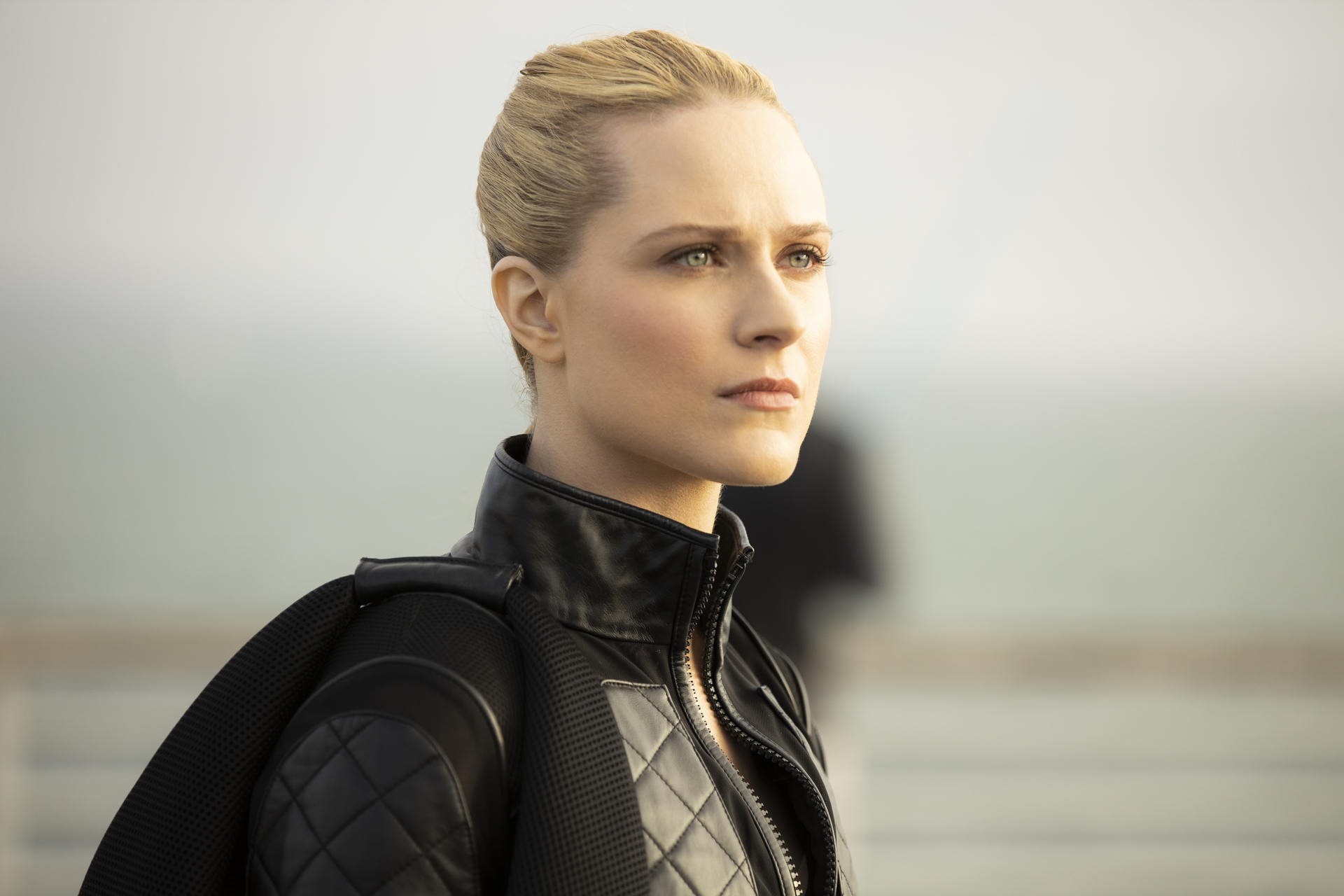 WARNING: This review contains spoilers for the first two episodes.

HBO’s WESTWORLD returned last week after a very long hiatus. Season three likely has multiple timelines, so it’s hard to say how long it’s been in the world of the story, though at least one plot thread is a mere few months later. Then narrative seems more fragmented than ever, with fewer characters returning than did for season two, but with a lot of possibility, new faces, and futuristic worlds to explore. What is real and what is just a simulation? Who knows, but we’re definitely in for it in the eight-episode third season.

Delores Abernathy (Evan Rachel Wood) is arguably the lead, and she is now loose in the real world. After securing herself funding, she snuggles up to Liam Dempsey (John Gallagher Jr., The Newsroom), a rich man that controls a supercomputer that tracks everyone. But when things with Liam don’t go how Delores expects, she’s soon hanging out with Caleb Nichols (Aaron Paul, Breaking Bad), who has quite the different background. Caleb struggles just to make ends meet, and takes criminal activities on the side, though draws the line at murder and kidnapping. How might he be of assistance? Plus, Delores still has Charlotte Hale (Tessa Thompson) in her pocket, but who is now inhabiting Hale’s body?

In the meantime, we also catch up with Bernard Lowe (Jeffrey Wright), who has been blamed for the murders in the park. He’s in hiding, likely in an earlier time period than the Delores story, and trying to ride things out. When that proves impossible, he returns to the island to secure help, and finds Ashley Stubbs (Luke Hemsworth), who is, just as we all thought, a host.

And then there’s Maeve Millay (Thandie Newton), who is back in the games, this time in War World. At least she has Hector (Rodrigo Santoro) and Lee (Simon Quarterman) by her side. Or does she? New character Engerraund Serac (Vincent Cassel, Black Swan) has other plans for her.

A quarter of the way through the season, there are still more unanswered questions than known info. We haven’t even seen the Man in Black (Ed Harris) yet, though his name continues to grace the opening credits. And Quarterman also got a lead nod, meaning he’s likely to return, but how? While sadly, Santoro did not, meaning this could be the only time we see him this year.

The scale of WESTWORLD in season three has expanded greatly, as the adventure goes global. Several continents are covered, but the series thankfully has time to return to the park, at least a little bit. It looks like a bigger budget is probably in the offering, and the smaller scale of the second hour was surely to help balance just how immense the first one was.

The show is, at its heart, still the same series. It still raises questions of artificial intelligence and the danger of encroaching technology. It’s still very much a game that the rich play with hosts and common workers alike as pawns. Delores wants to tear down all of mankind, but perhaps she should consider connecting with Caleb’s peers instead, uniting in cause against their true enemy, the rich?

Season two was very different than season one, and not everyone liked that. Season three is different again. I appreciate the continued evolution of the piece, and think the core themes and characters provide a good through-line. The first two seasons were essentially loose expansions upon the 1973 film WESTWORLD (with a LOT more complexity added in). Season three seems to be picking up the sequel, FUTUREWORLD, but again, with many more angles and viewpoints. This might give us a hint as to where the show is going, though I expect it has more to say than can found in those movies.

I’m along for the ride and happy with the vehicle they’ve provided for us. In my opinion, WESTWORLD season 3 builds upon what’s come before it, and opens up a whole lot of new intriguing possibilities.