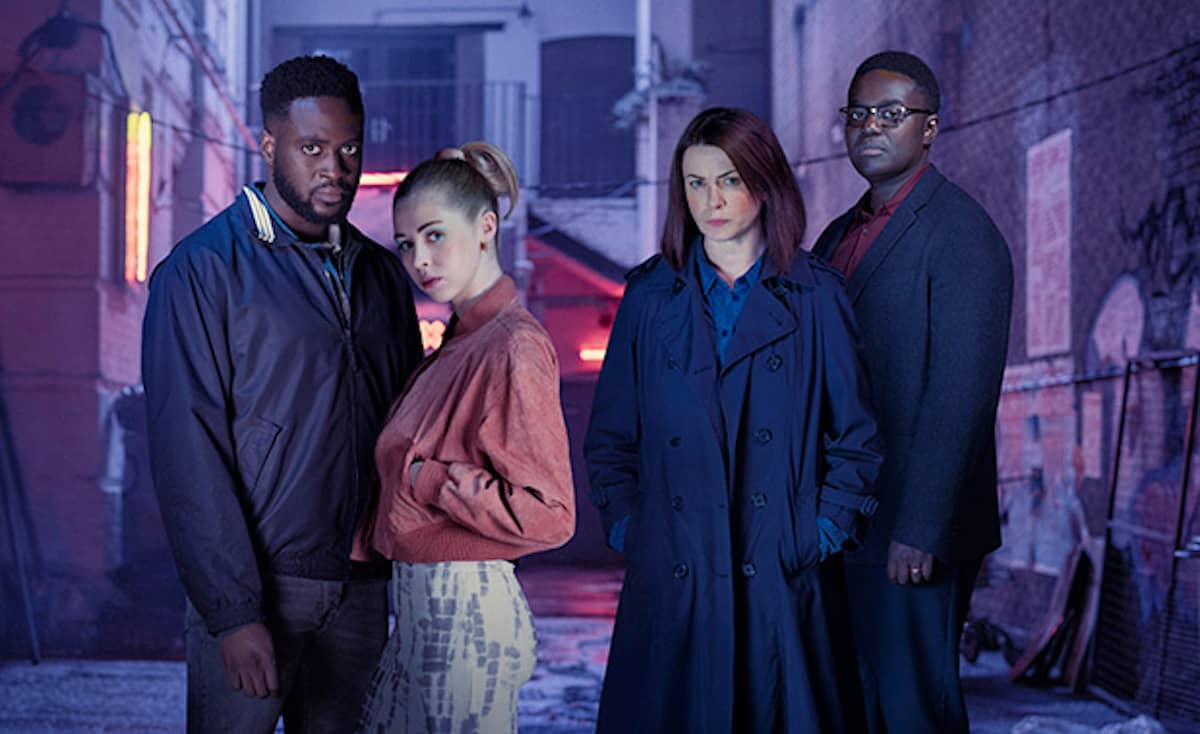 This weekend, Showtime premieres the drama WE HUNT TOGETHER. Made by BBC Studios and already aired overseas, the six-episode run is now making its stateside debut. It follows two serial killers, who may be in love, or possibly the attraction is one-sided, as well as two detectives that don’t seem to get along at all who are hunting the murderers. Which pair will you root for and who will win?

Honestly, WE HUNT TOGETHER doesn’t feel all that fresh. Yes, it has two pairs instead of one, but the British crime drama of cops hunting a killer is now so well established that there are dozens of other shows to compare it to. It’s become as tired and overdone as American procedurals, helped along only by the fact that the seasons are shorter (and storytelling is serial), and the accents and locales are slightly exotic. Yes, it’s well-written and well-performed, but so is pretty much every other program in the genre.

The detectives are played by Eve Myles (Torchwood) and Babou Ceesay (Into the Badlands). It’s great to see Myles in a regular role again, and DS Lola Franks is delightfully grumpy, a bit of a departure from her most well-known role, though not exactly a new archetype. Ceesay’s Jackson Mendy is a bit more original, an always cheery man who also works with internal affairs, investigating crooked cops. You would think that would make Mendy jaded and suspicious of his fellow officers, but Franks is the one who views him with a wary eye. The joyful detective is something pretty new, usually a character like this being outside the force or in a supporting role, so their scenes play better to me than the others.

The opposing side of WE HUNT TOGETHER follows Freddy Lane (Hermione Corfield, The Halycon) and Baba (Dipo Ola, Baghdad Central). The chemistry between them is instant, or so it seems, given the circumstances of their meeting. Freddy seems attracted to Baba right away, but could that be because he saves her? She then uses his obvious mutual feelings to manipulate him into helping her kill people. The first guy they take out is a real jerk, but who knows who their next victim will be? Is Freddy delighted to find the Clyde to her Bonnie (with murdering), or is she just using Baba to do her dirty work? It’s impossible to tell from the initial premiere.

WE HUNT TOGETHER is enjoyable; don’t get me wrong. I’m sure the story can sustain viewers who are interested through six installments. But with KILLING EVE being the premiere cat-and-mouse thriller of the moment, and with the myriad of other shows in the vein, will this one stand out? I’m just not sure it will.

Why did Showtime buy the drama, is my question. It doesn’t seem super on-brand for them, unless they’re branching out. Their series tend to be more outrageous than WE HUNT TOGETHER, which is relatively grounded. If they’re trying to fill programming at a time when filming has basically stopped, it seems a little early to be pulling from the international well. Other networks have this niche covered, and it seems weird Showtime would want to compete for the corner. Especially when I’m sure there are foreign shows they could pursue that are more in their wheelhouse.

Whatever the reason, WE HUNT TOGETHER is good, not great. Or maybe it would have been seen as great if it didn’t open itself up so fully to comparison of others. The fact that the show hasn’t even rated a Wikipedia page yet, months after its British premiere, should tell you something about its chances at longevity.

WE HUNT TOGETHER airs Sundays at 10PM on Showtime.