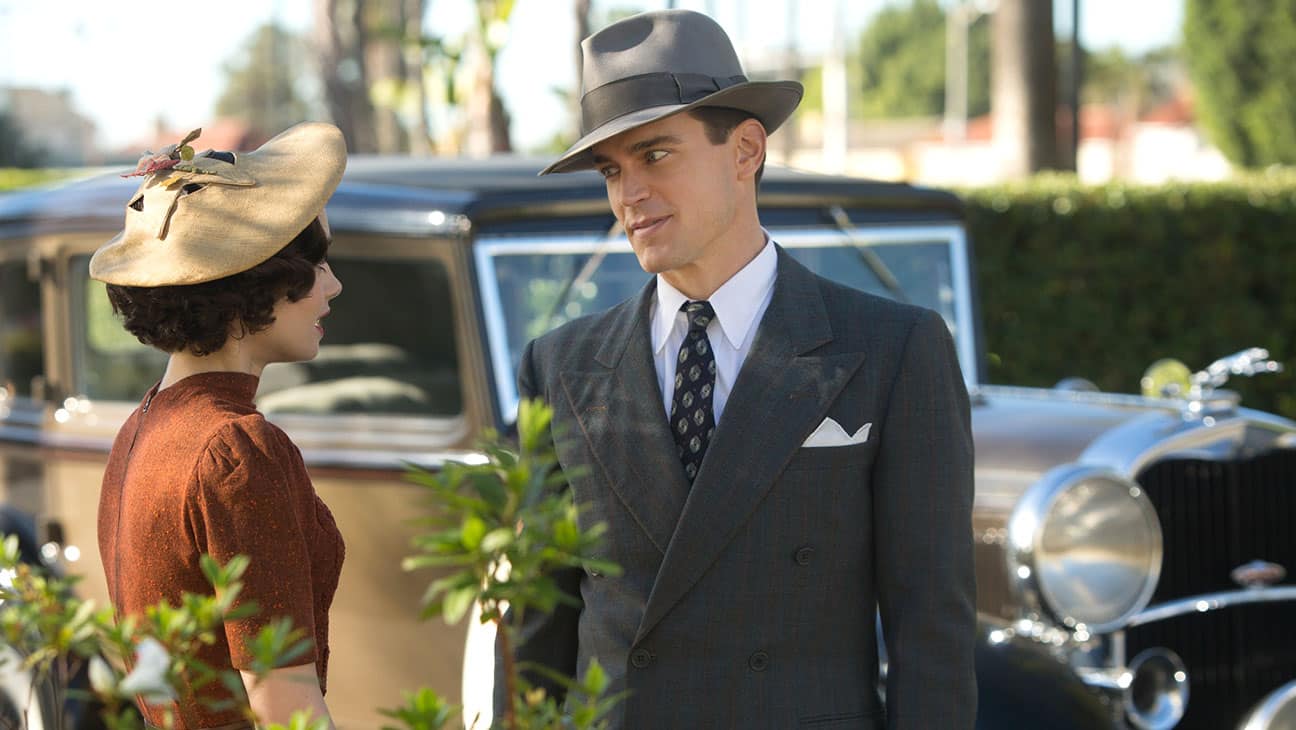 Last year, Amazon released the pilot for THE LAST TYCOON as one of the shows under consideration for series. Based on the unfinished F. Scott Fitzgerald book of the same name (published posthumously), the story is centered on a Hollywood producer battling his boss as 1936 Germany tries to exert control over the American motion picture industry. Thankfully, this terrific series, based loosely on real people and real events (though with fictional names swapped in) was picked up, and tomorrow, eight more episodes will be available, in addition to the already-streaming pilot.

Matt Bomer (White Collar) is great as Monroe Stahr, the Jewish producer who works for Brady-American studios. He has a complex role to play, having not-too-long ago lost his beloved wife, Minna (Jessica De Gouw, Underground), and not able to get past her ghost. The professional conflict Monroe is dealing with comes mainly from that relationship he can’t let go of, though there are some romantic angles worked, too.

Equally central and equally terrific is Kelsey Grammer (Frasier) as Pat Brady, Monroe’s boss. Pat values Monroe, who helped him build the studio into the success it is, but is also a slave to keeping the gears turning. He justifies his rolling over for the Nazis by claiming it’s about keeping everyone employed, and there’s a moment in the first episode where he looks pretty altruistic. He sees himself as the hero, even as Monroe accuses him of being a coward, which seems to hit Brady a little hard. Their relationship is very interesting, close but strained.

To complicate matters even more, there’s a third lead, Celia Brady (Lily Collins, Mirror Mirror), Pat’s daughter. Celia is infatuated with Monroe and is determined to wed him, despite his lingering grief and health issues. This infuriates Pat, of course, even though Monroe is only interested in her talent, which, it turns out, she actually seems to have quite a bit of. This makes her invaluable to him, and turns the whole triangle into a mess. Thus, THE LAST TYCOON has plenty of drama.

While there are elements of the pilot that I found hokey and unrealistic, in general, this is a compelling show. It is a bit emotionally manipulative with the Nazi stuff, but in a good vs evil classic form, made more relevant by the current rise of a would-be totalitarian in the White House currently who seeks to discredit the media and control his coverage, an event that couldn’t have been foreseen as this series was ordered. There is a love story, Monroe’s to his deceased wife, that makes the conflict personal, even as the audience will root for the overall bend towards freedom and civil rights. But while the Germans are two-dimensionally evil, the other Hollywood types aren’t. Flawed, yes, but not flat. And even our heroic lead has some shameful things in his life to make him a little less noble.

Oh, and I hadn’t gotten to this yet, but the county’s economic depression also plays into the plot, and not just as it pertains to studio finances. Which adds more depth to the situation, and helps ground it.

We’re seen other old-Hollywood pictures before, more in films than in an ongoing series, but this one still feels fresh. Perhaps that’s because it’s about more than making movies, and has some truly engaging characters in it. Yes, it comes a little close to the fantastic Feud FX anthology series, but the material is different enough that THE LAST TYCOON should stand quite comfortably on its own.