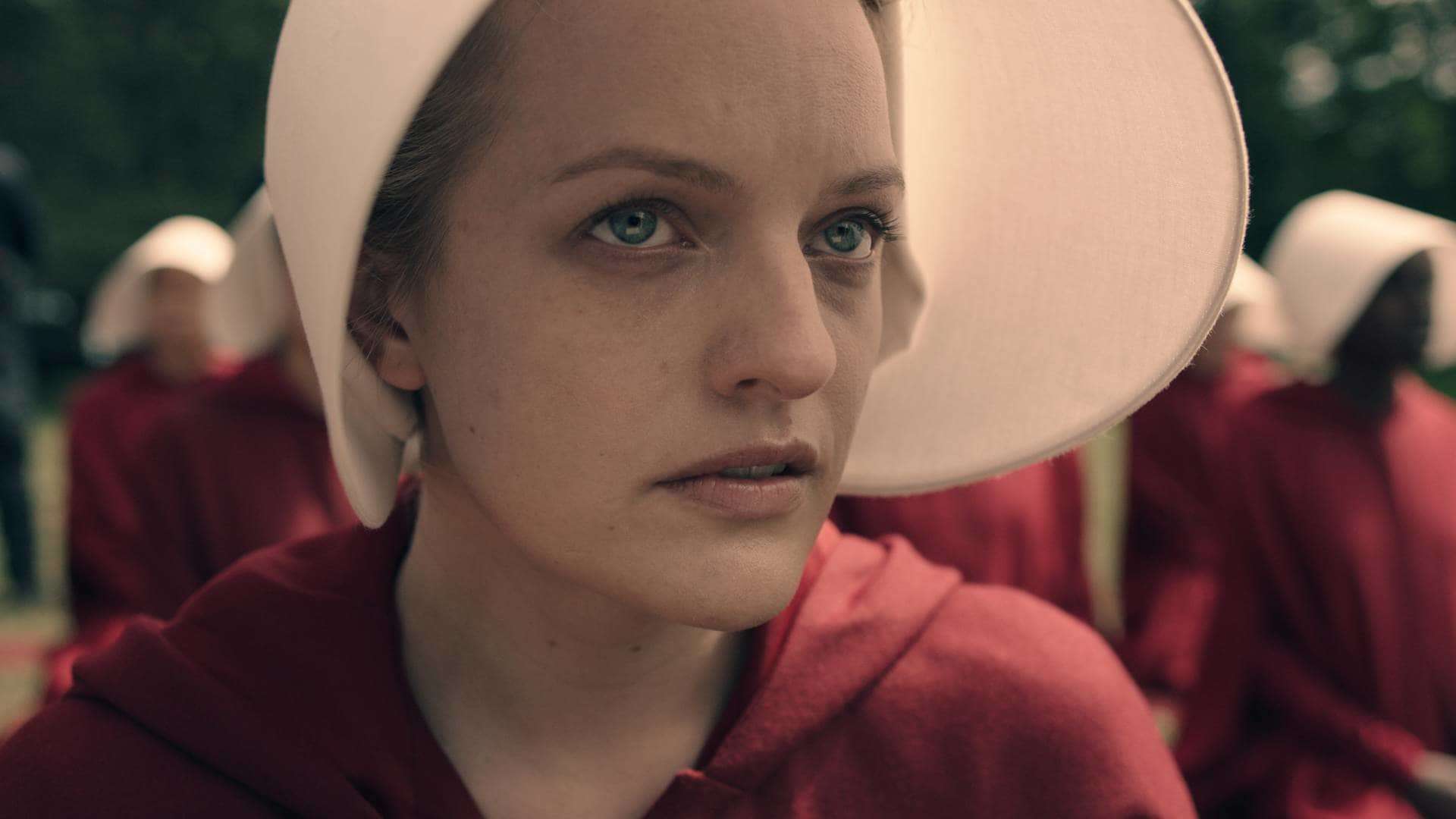 Hulu has had a few good dramas over the past year or two, but I am hard pressed to think of one as well made and as engaging as THE HANDMAID’S TALE, which premieres this week exclusively on the streaming service. Based on the 1985 book of the same name by Margaret Atwood, and already adapted into a movie almost three decades ago, the story takes place in a dystopian future in which the rapidly decreasing number of fertile women are pressed into slavery to help those in power reproduce.

THE HANDMAID’S TALE feels especially prevalent right now. Despite all the strides made in gender equality since the novel was published, America recently elected a president who brags about sexual assault and at least partially ran on a sexist platform. We’ve also never been closer to a destabilizing war in most of our lifetimes, with an erratic, ignorant leader in the Oval Office. One can’t help but wonder if there’s some probability of the events of the series coming true as political situations unfold. Now, that may sound far-fetched to some, and I do not seek to turn off anyone by making this too political. But the possible parallels are too striking to ignore, and Trump’s election only makes this series more important.

Taking THE HANDMAID’S TALE at face value, it’s a chilling portrait of one woman who is old enough to remember a time before this system, having had a husband and child, and now has to put up with the subjugation, seeing no way out, even though her entire being screams that this is wrong. It’s a plight that viewers may not quite be able to relate to, at least not at the raw level depicted, but one we can comprehend and be freaked out by.

Elisabeth Moss, the excellent actress from such critically acclaimed hits as Mad Men, The West Wing, and Top of the Lake, once again chooses her projects wisely, taking the lead role of Offred, the Handmaid belonging to Commander Fred Waterford (Joseph Fiennes, American Horror Story: Asylum, Flashforward). Desperate to escape to look for her daughter, mourning those she has lost, Offred isn’t even allowed to keep her name as she is trained under the strict rule of Aunt Lydia (Ann Dowd, The Leftovers) and raped while lying in the lap of Waterford’s jealous wife, Serena (Yvonne Strahovski, Chuck, 24: Live Another Day). She isn’t even allowed to leave the Waterford’s house without being accompanied by another Handmaid, Ofglen (Alexis Bledel, Gilmore Girls).

Offred’s predicament is absolutely heart breaking. As we see what she has gone through and what she has lost, we cannot help but feel for her. Moss makes us cry, and lets us experience the terror her character is living. When she gets angry and acts out violently, we understand why and instantly forgive her. Any tiny hint that things might change for her is cheered, but those are few and far between.

While Moss is the most obvious person to give credit to, I would be remiss if I didn’t praise the rest of the cast as well. Dowd, Fiennes, and Strahovski are creepy and complex, adding to the dreary atmosphere. Samira Wiley (Orange is the New Black) is terrific as Offred’s friend from her past, and Bledel keeps us guessing as to whether we can trust Ofglen or not, a huge if in the current circumstances. There is no weak link in this cast, which is large enough to include several more regulars.

Everything from the production design to the score to the pacing to the direction reinforces the central warning message of THE HANDMAID’S TALE. There appears to be a singular vision, and each element contributes to a high-quality whole. Depressing and disturbing as the show can be, it’s also magnetic and engrossing. The pilot alone has stuck with me and occupied my thoughts for days, and I feel compelled to finish the other hours as they are released.

Several hours of THE HANDMAID’S TALE will be available to Hulu subscribers this Wednesday, April 26th, with the rest of the season doled out weekly thereafter.