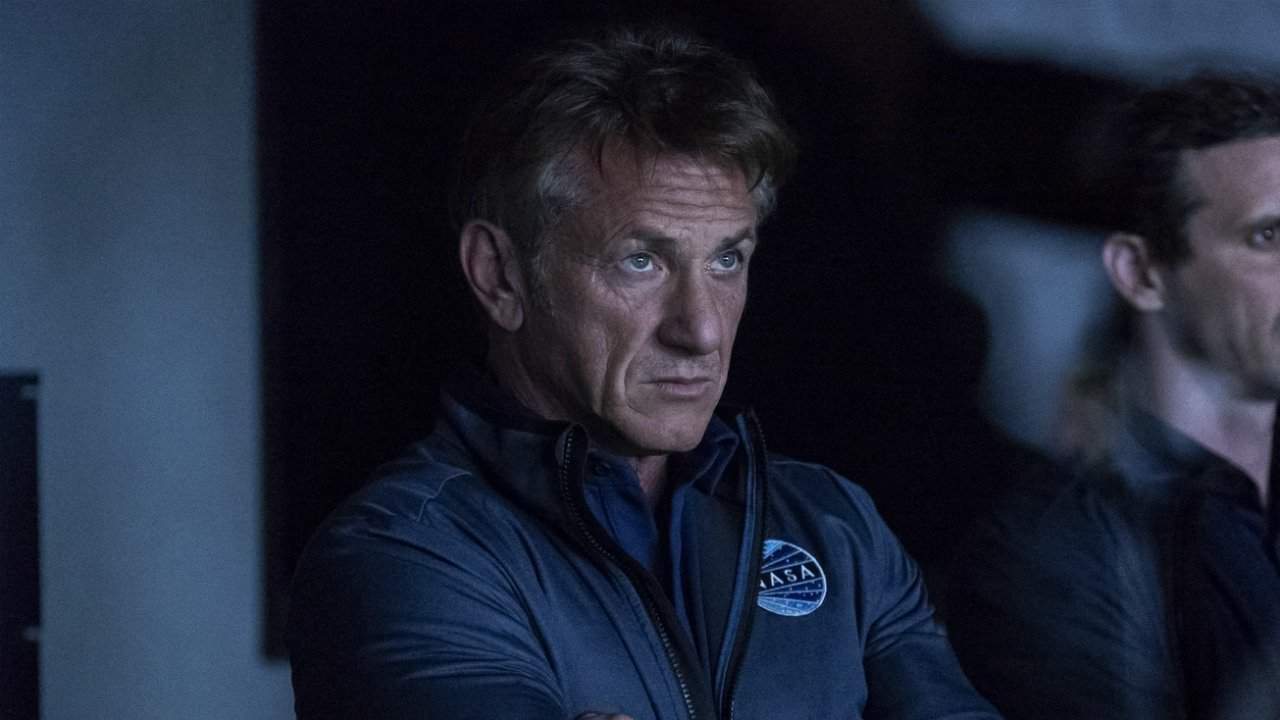 Warning: The following contains slight spoilers. THE FIRST is a new drama series coming soon to Hulu. From Beau Willimon (the creator of House of Cards), the show is set in the near future and chronicles mankind’s first attempts to get to Mars. With some very recognizable faces, including the lead, it’s a familiar human drama that also fires up the soul. The spirit of the human race is explored in some interesting ways, and the mission itself takes backseat to the characters, even as it drives the plot forward.

Sean Penn (Milk) stars as Tom Hagerty, a man who is watching the launch with much personal investment. Viewers may wonder why he’s so affected, as Tom isn’t working at the space agency nor among the crew, but you’ll soon find out. Tom is also a widower who would like nothing more than to rebuild his family. However, he can’t help but be drawn to events, even if they begin to interfere with what he says he wants. (I apologize if that sounds a bit obtuse; I’m trying not to give away anything, and it’s particularly hard to do with this series because of its elongated beginning.)

Penn is joined by an ensemble cast that includes Natascha McElhone (Designated Survivor) as the head of the space agency, LisaGay Hamilton (Men of a Certain Age) as an astronaut not assigned to the first crew, Anna Jacoby-Heron (Finding Carter) as a recovering drug addict, Oded Fehr (24: Legacy), Melissa George (Heartbeat), and Annie Parisse (The Looming Tower), among others. It’s a pretty sprawling group, but the story stays focused on just a few players, with others only coming in when they’re needed to serve those leads. This is an effective way to keep the story where it needs to be.

The pilot starts a little hokey, much of what happens in the first half being pretty predictable. Some different casting or direction, a bit less foreshadowing, could have made it very surprising. As it is, most regular television viewers will likely see what’s coming before it happens. THE FIRST boasts one of the most heavy-handed versions of this that I’ve seen in awhile.

However, once you get past that, the story deepens and becomes much more interesting very quickly. While it would be preferable to start strong, even if it’s not a path the show is choosing to pursue, the central threads aren’t much hurt by the missteps, coming through strongly in spite of it. And once the initial set up is over with, THE FIRST is a grounded, complex tale that isn’t just repetition of other stories.

The familiar part of the series is its spirit. For anyone who enjoys rooting for the underdog, or films where a hero overcomes obstacles because of deep-seated beliefs that make them better than the average person, THE FIRST has this in spades. It’s uplifting, inspirational, and feels very good to watch. Yet, Penn’s performance and some very good writing keeps it away from cheesy, instead delivering a powerful, no-frills story.

I’ve watched beyond the first episode, and I’m very pleased with what I’ve seen. I can imagine why Penn agreed to go to the small screen when given material this good. Hulu has been upping its game in the quality department, and this drama is no different, feeling akin to The Looming Tower and other recent triumphs. While not as socially conscious as The Handmaid’s Tale, it does have something to say that reflects part of our humanity, and that’s a great starting point for a show.