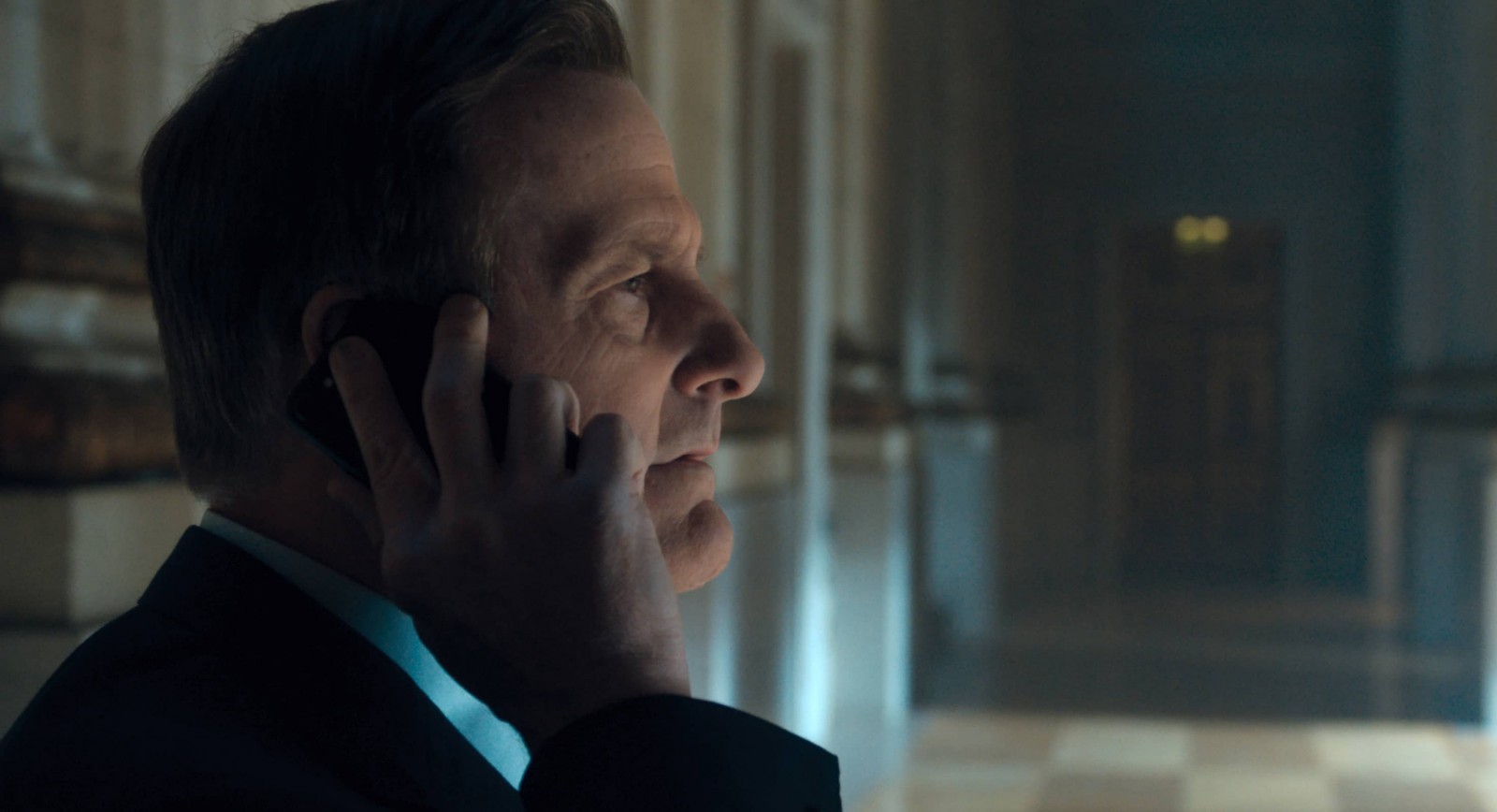 Showtime presented a two-part miniseries this week entitled THE COMEY RULE. Based on the book A Higher Loyalty by James Comey himself, it tells the former F.B.I. director’s version of events during the 2016 presidential election and the period immediately following. It is a biased account, to be sure, and it’s unlikely the majority of Republican voters will give it a chance to tell Comey’s side of the story. But that’s part of the point, and there’s a cautionary tale here worth listening to.

Jeff Daniels (The Newsroom) stars as James Comey, which immediately lends gravitas to the official, probably more than he deserves. Comey’s perspective throughout is that he must stay morally pure and apolitical, even as his agency is forced to wade into politics, first with the investigation into Hillary Clinton’s emails, and then with Donald Trump’s connections to Russia. Throughout, Comey is faced with impossible decisions about what to reveal and to whom, and he stays steady, following his own judgment and code of justice. Viewers will feel his pain and root for him, despite knowing the fate that awaits.

Now, even in THE COMEY RULE, there are plenty of people who disagree with Comey at nearly every step. His wife, Patrice (Jennifer Ehle, The Looming Tower), wants him to help Hillary, as do his four daughters. (His two sons never appear nor garner a mention.) His employees, who genuinely seem to respect and care about him, also argue some of the decisions he makes. The whole miniseries is couched in Rod Rosenstein (Scott McNairy, Halt and Catch Fire) lamenting to a subordinate that Comey didn’t have to shoot himself in the foot.

However, THE COMEY RULE asserts that Comey is right and the rest are wrong. It talks about Comey’s arrogance, but in Daniels’ performance, it feels more like heroism than ego. There is one protagonist, and this series paints him in an almost saintly light.

That isn’t the only skewed point of view. Attorney General Loretta Lynch (Michael Hyatt, Snowfall) and most of the Department of Justice are seen as ineffectual and weak, at best, incompetent at worse. On Comey’s staff, we see Peter Strzok (Steven Pasquale, Rescue Me) and Lisa Page (Oona Chaplin, Game of Thrones) sleep together (well, no sex scenes, though there’s enough to make it obvious), but none of the scandal that resulted from their relationship is shown. This doesn’t feel fair and balanced, nor very realistic to the actual events.

Of course, Donald Trump (Brendan Gleeson, Mr. Mercedes) and his henchmen come across as villainous. But honestly, how could any sane or reasonable telling of events show them any other way? That’s not a political statement, that’s just fact, given the actions taken and the words spoken, many of which have been collaborated in real life or seen in full public view. Nor does THE COMEY RULE make any excuses for them.

There is a message worth hearing in THE COMEY RULE, though, and that’s that institutions and what is right alone cannot protect us. Not now; not with the current administration. One can quibble over if Comey should have said anything about Hillary’s emails or revealed the F.B.I. was looking into connections between Trump and Russia, and those are worthwhile debates to have. But at the end of the day, Comey thought that acting in good faith and relying on the system and norms would save him, and not only was he wrong, but all of us have been living with the consequences of it. That isn’t an assertion that Comey should have or could have spared us from a Trump presidency, but more a lesson to anyone that thinks the same way he does.

November is right around the corner, and I’m glad THE COMEY RULE aired now. Even if it will only be watched by liberals (and the smart Republicans that have defected), as well that small number of independents, it’s important to hear. We can’t afford to let this go on, and Trump must be stopped. Which cannot be done without overwhelming support rising up to stop him.

The miniseries may be somewhat mediocre, despite fantastic performances by far more fine performers than those listed above. But the message is anything but.

Watch THE COMEY RULE now wherever you stream Showtime programming.