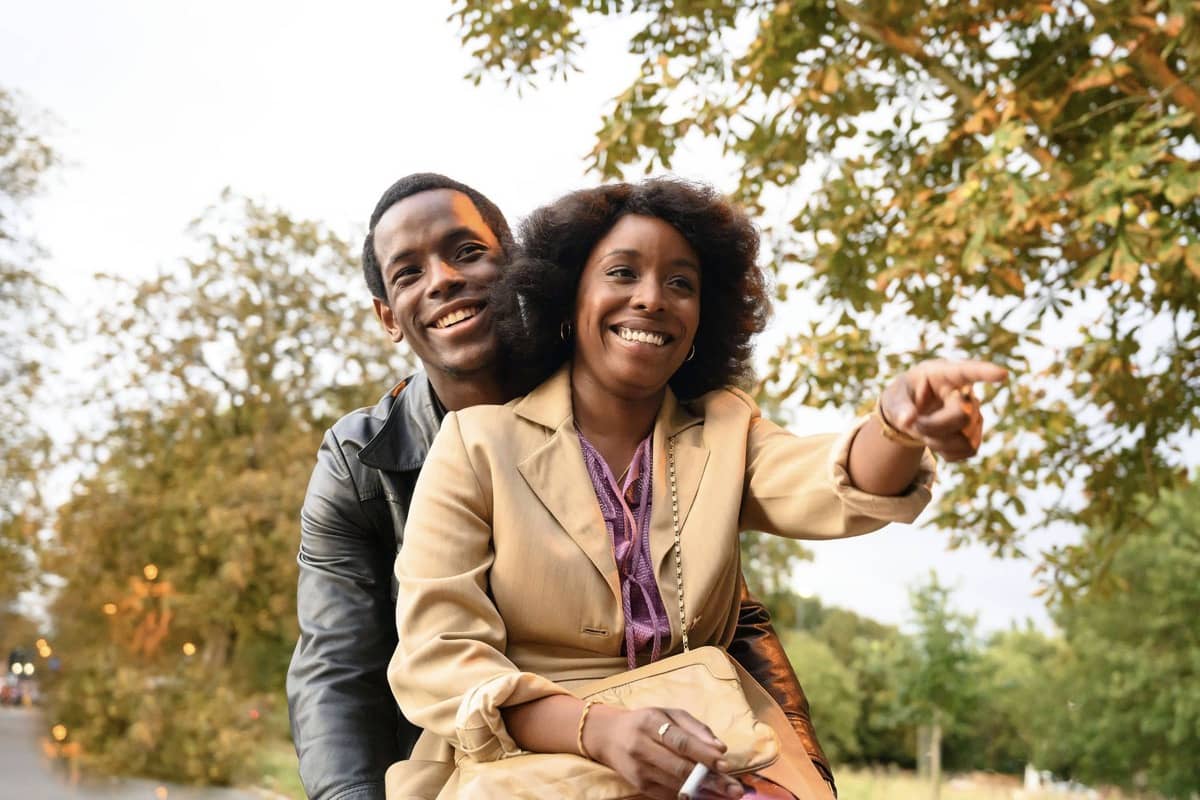 The second installment in the SMALL AXE series has arrived today. It’s called LOVERS ROCK, and it takes place in the course of a single night. This one is not a grand, historical tale, like the first film in the series, but is instead a much more personal story of a group of young people attending a house party in early 1980s West London. Not allowed into the clubs and beset by racism on the streets, young Black folks of the time instead cleared out the furniture, cooked some food, and set up their own gatherings in the safety of someone’s dwelling. LOVERS ROCK shows one such party.

It’s a testament to how good a film maker Steve McQueen is that SMALL AXE LOVERS ROCK is worth watching. I say this because it contains almost no discernable plot, and without IMDB’s help, I’d be hard pressed to name more than a couple of the characters. Instead, it is a peek at a moment in time, designed to showcase a specific event of the type that was prevalent in a bygone era. Through music and charm and solid direction and lingering scenes, it succeeds in that, and manages to hold viewers’ attention for a full seventy minutes.

As specific as SMALL AXE LOVERS ROCK is, it is also universal. Everyone who attended parties in high school or college can identify the various stages of the event. There’s the excited and nervous preparation, or if you’re hosting, the quiet before the storm as you put in the work and sweat to set things up, fun because of the anticipation of what’s to come. Then people start to arrive, and they look at one another with some amount of trepidation. Friends hang together or find one another. As things heat up, gatherers mingle and begin to pair off differently. Romances blossom and fall apart. Happy people sing along to the music, or even after it stops. The disgruntled friend goes home early. Someone acts out of control and has to be dealt with. Slow dances turn sexy. People begin to drift off. And finally, the manic end of the night where it feels like a dream and you’re spat back out into the world. Then you head to bed, only to have to have to get up too early and face the day, exhausted.

All of this is part of the beautiful rhythm of SMALL AXE LOVERS ROCK, just as certainly as the excellent and era-appropriate soundtrack. A period piece it may be, but it’s also just a portrait of plain, old human nature. Some of the details might be different from one experience to the other, but the recognizable aspects override anything else.

Amarah-Jae St. Aubyn is the closest thing to the star of the film, and this is her first and only credit on IMDB. She handles the role with skill and aplomb. I’m sure we’ll see her in more soon. There are a few faces you may or may not recognize, like Michael Ward (Top Boy), Kedar Williams-Stirling (Wolfblood), and Daniel Francis-Swaby (The Santa Suicides), but the relative anonymity of the cast leads to the authenticity, and there are certainly no current household names present. Yet, there isn’t anyone who feels like they’re acting, either, the world built seamlessly and the actors melting into it.

I find myself surprised to enjoy SMALL AXE LOVERS ROCK as much as I did, given the lack of plot thread, but it is a solid installment, and certainly quite a bit different from the first movie in the series. Check back on this page soon as I cover the rest of the SMALL AXE releases.