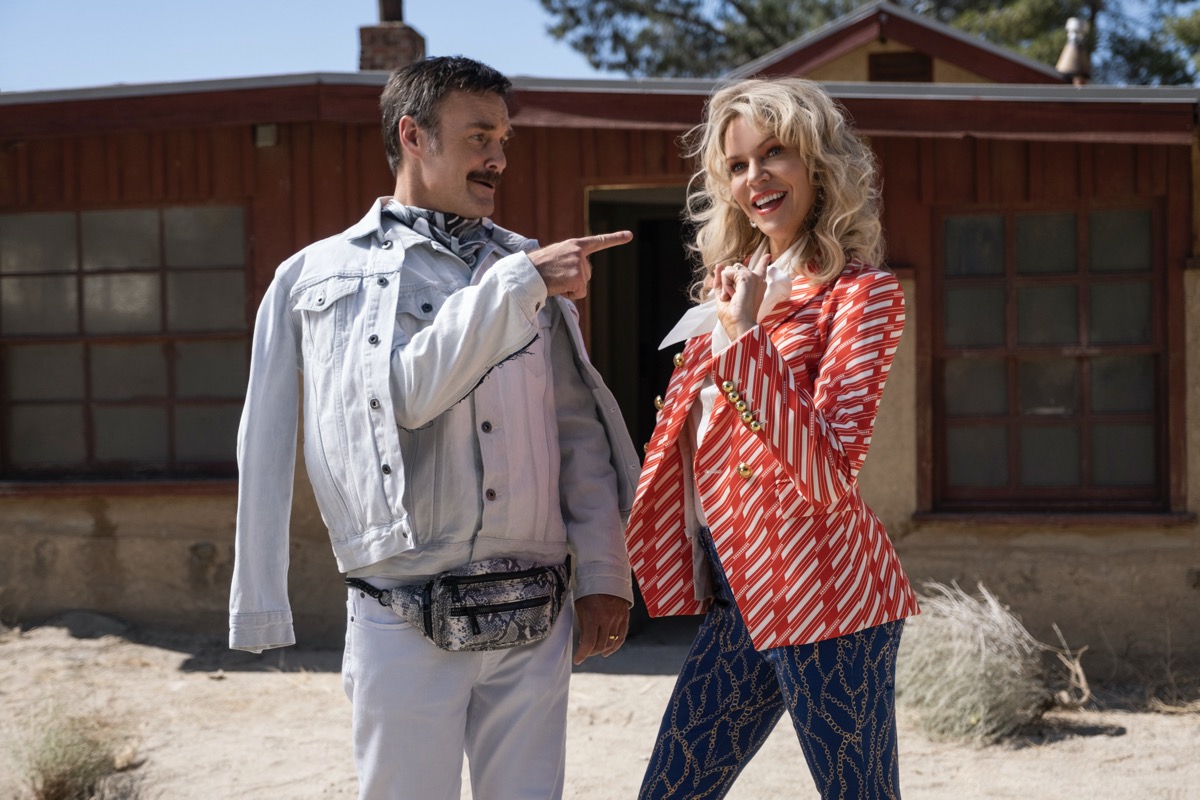 In the crowded world of streaming, QUIBI, a new project from Dreamworks founder Jeffrey Katzenberg, and led by former HP CEO Meg Whitman, stands out as different. Available only for smart phones, the app boasts episodes under ten minutes in length, with new installments released daily. It’s configured for short attention spans or the busy person on the go, allowing a bit of drama, comedy, or reality in bite-size form.

I admit, in my mid-thirties, I am not the target demographic for QUIBI. I dislike having to view content on my tiny screen, and wish it was available to cast to my television set. I don’t like how the picture adjusts to both portrait and landscape mode, cutting off a portion of the image no matter which way you hold it. I also don’t like watching programs in such short chunks, although it helps that new episodes are coming daily instead of weekly, with new shows weekly.

Looking over the content in QUIBI, again, I’m not the target. Most programs are reality shows, while I prefer to stick to scripted fare. However, there are a handful of scripted series in the initial batch launched this week, so I reviewed the first six episodes of all four of them. There will be spoilers.

We’ll start with the best of the bunch, and the sole comedy in the offerings, FLIPPED. Kaitlin Olson (It’s Always Sunny in Philadelphia) and Will Forte (Last Man on Earth) star as Cricket and Jann Melfi, an eccentric, artsy couple who use a drug dealer’s cash to renovate their home. Obviously, dangerous hilarity ensues as they are forced to makeover the bad guy’s abode. From Funny or Die, it’s smart and weird and pretty darn funny, headlined by a couple of seasoned pros. It’s the least jarring when the episodes end after just a few minutes.

I also enjoyed MOST DANGEROUS GAME in which the mysterious Miles Sellers (Christoph Waltz, Spectre) hires the terminally ill and broke Dodge Maynard (Liam Hemsworth, The Hunger Games) to run and avoid five assassins for twenty-four hours. It’s a pretty familiar concept, but it succeeds in being suspenseful. Its fast pace is relentless, and even the setup is compelling. This is the one I am most likely to see through, and I really need episode seven right now.

WHEN THE STREETLIGHTS GO ON is typical young adult fare. A teacher (Mark Duplass, The Morning Show) and student (Kristine Froseth, Looking for Alaska) are romantically involved. When they’re murdered, the town reels. Young Charlie Chambers (Chosen Jacobs, It) investigates their deaths for the school newspaper, while others find love. Or probably just teenage crushes. It’s interesting enough, and fits in well with other programming in its genre, so that it will likely work for QUIBI’s core viewership.

Lastly, SURVIVE seems like it’s going to be a drama about mental health. But when protagonist Jane (Sophie Turner, Game of Thrones) crash lands in an airplane, things get a lot more intense. The fact that the man (Corey Hawkins, The Walking Dead) she talks to in the airport, and then just happens to sit next to on the plane, turns out to be the only other survivor, is preposterous. Almost as much so as Jane surviving the wreck unsecured in a bathroom. Their trek down the snowy mountain only gets more ridiculous from there.

While the quality of story telling is uneven among these offerings, there are some commonalities. All star terrific performers and have high production value. They all also feel pretty familiar, without getting too risky in originality. It’s like they’re a shortened, broken up version of shows ans movies people already watch, which may be why they were chosen. QUIBI’s platform itself is the risk, not what it puts on it.

The short format is hard to get used to. Three of these four are as good as any other short-form series I’ve watched. And despite my general distaste, I’ve watched quite a few. It always feels odd to get jarred out of the story so quickly. Web series have been around for awhile, but none have ever really taken off in the public consciousness. Some have gained decent followings, but none hit truly mainstream status. I can’t imagine any of  these will, either, but it’s an interesting experiment that I’ll keep an eye on. My prediction is this service will be a blip, over relatively quickly, and without any true competitors. But who knows? Maybe there’s finally a generation ready for such a thing. We’ll see.

QUIBI is available now on Android and iPhone devices, and offers a 90-day free trial. The trial is free with or without ads, so there’s no reason to choose the ad version at this juncture. More than a dozen shows are currently running with additional ones on the way, including new Reno 9-1-1 episodes.