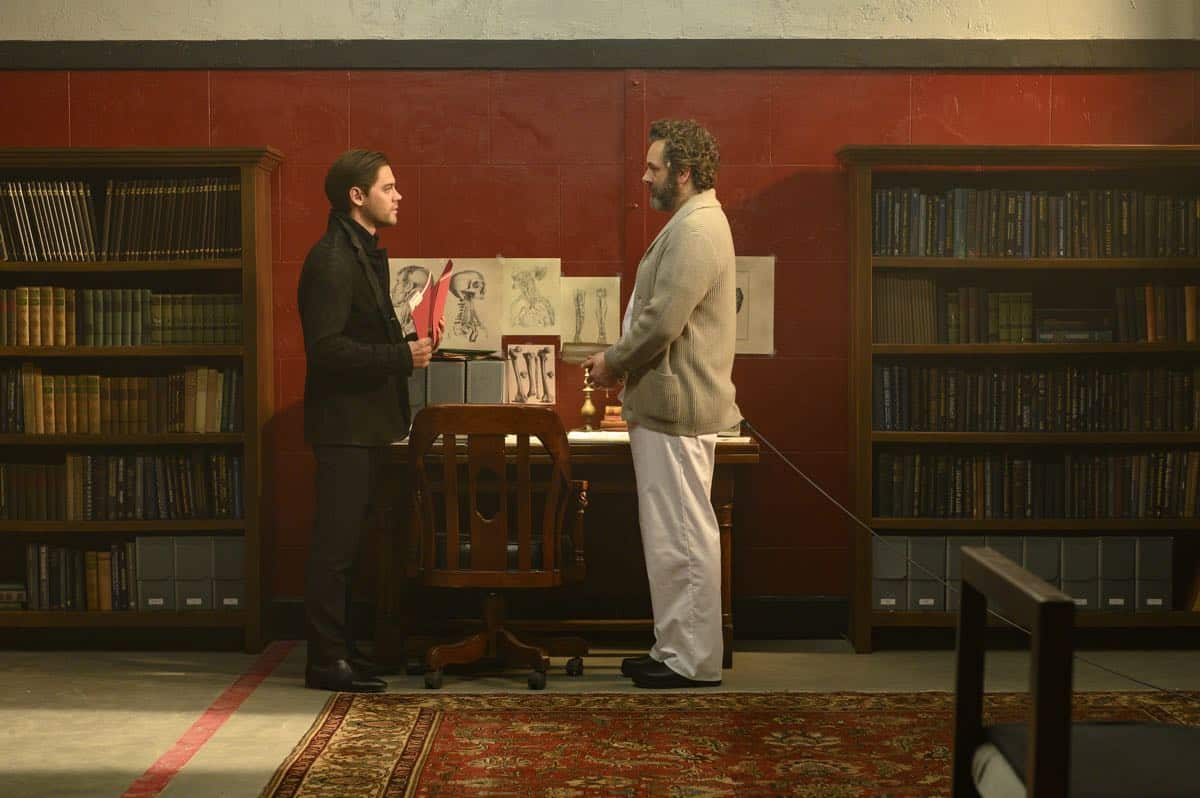 This week, FOX launched the new drama series PRODIGAL SON. The titular child, actually a grown man, is a mentally unstable profiler of serial killers. Fired from the FBI in the opening sequence, he returns home. But rather than leave the business behind, he is recruited by the local cops to catch a copycat murderer. The slayer the copycat is copying is the PRODIGAL SON’s dad, who helps our hero expose the bad guy. But did genius daddy orchestrate the whole thing?

That all sounds convoluted, a mix of a bunch of other television shows, and it is. Part Silence of the Lambs, part Blacklist, part every crime procedural on the air, PRODIGAL SON puts in a bit more mythology and serial story than most case-of-the-week series, but the main focus will still be that easy criminal caught in sixty minutes or less. And the extra stuff layered in is weird, doesn’t entirely make sense, and seems over the top, at best.

PRODIGAL SON has a stellar cast. The lead is Tom Payne (The Walking Dead), playing Malcolm Bright, whose last name is exactly as on the nose as one would expect from the rest of the program. Daddy dearest, Dr. Martin Whitly, is Good Omens’ Michael Sheen. Rounding out the family is Bellamy Young (Scandal) as controlling mother Jessica and Halston Sage (The Orville) as reporter sister Ainsley. Lou Diamond Phillips (Longmire) is the cop whose life young Malcolm saved and who now is depending on the grown lad. Other law enforcement officers are played by lesser knowns Frank Harts (The Path), Aurora Perrineau (Jem and the Holograms), and Keiko Agena (Gilmore Girls). Michael Cerveris (Fringe) is wasted in a one-episode role, appearing only in the pilot.

Frankly, this cast is far too good for this show. Yes, many fine actors are staying with the small screen these days for high quality programs, but PRODIGAL SON does not qualify. While there might be some interesting concept buried in this that could be teased out were it on FX or AMC or Netflix, the mix of unbelievability and caricature render it less than the some of its parts. Payne and Sheen, especially, are playing crazy wonderfully. But they’re practically begging for a complex story that is worthy of their performances.

We’ve seen cops. We’ve seen good guys working with the bad. Several very popular current and past shows fit into the category. If you’re going to go down that road again, you’d better have a very good reason for doing so. Or at least a solid story. This series has neither.

I get what FOX is doing here. The broadcast networks are slowly dying and they’re trying to hold onto their audience by thinking short-term. Crime procedurals still make money, and adding the serial element could possibly make it binge-worthy when it hits a streaming service. It sounds good in theory, even though it’s been seen to fail over and over again when not going enough into the serial.

If that were the only thing PRODIGAL SON had wrong with it, the cast alone might be enough to let the flaws be overlooked. But the flimsy story-telling full of connections that shouldn’t be and characters that feel one-note seals the deal that this is one to skip. Might it garner enough of an audience to run for half a dozen seasons? Sure, I’ve seen worse shows make it. But will it be a beloved classic folks remember and want to re-watch? Unless it changes significantly, definitely not.

My recommendation is to not tune in. Let PRODIGAL SON die quickly and release the performers to go onto better things. Most of them will bounce back with something better.