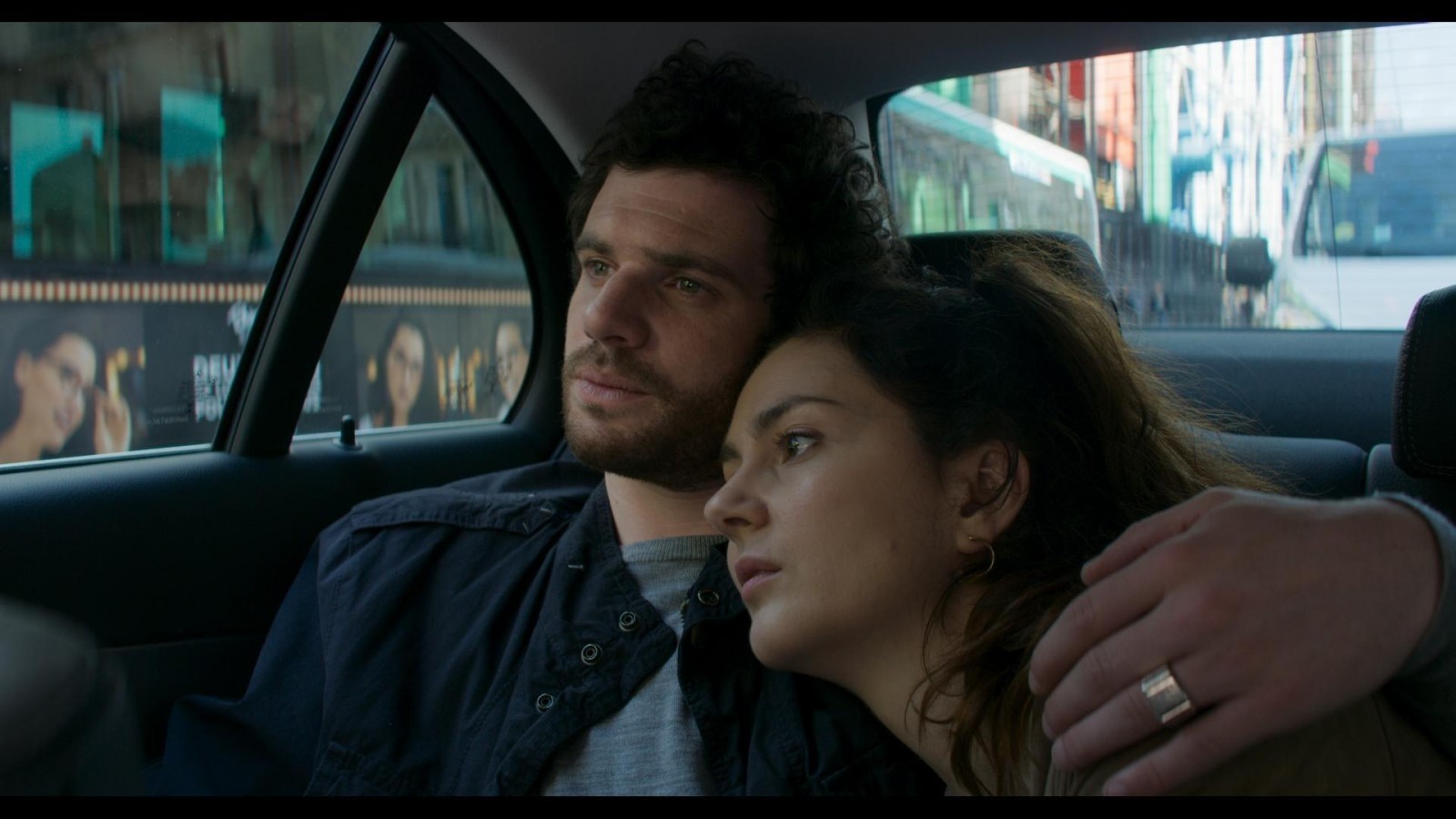 Hulu has a new series called NO MAN’S LAND. The eight-episode drama follows a young Frenchman who goes to Syria looking for the sister his family believe to be dead. Unfortunately, the country is in the midst of a long civil war, so it’s not that easy to go in and find someone, especially as the sister seems to be right in the thick of the fighting. Needless to say, the journey does not go smoothly, and the man ends up being caught up as a prisoner of the YPG, an all-female branch of the Syrian Democratic Forces.

The lead of NO MAN’S LAND is Antoine Habert (Felix Moati, 50 nuances de Grecs), the Frenchman mentioned above. His family is not supportive, or even aware ahead of time, of his efforts, not believing Antoine when he thinks he catches a glimpse of his sibling, Anna (Melanie Thierry, The Zero Theorem), on the news. His wife, Lorraine (Julia Faure, Love Me If You Dare), thinks he’s crazy. But he stubbornly sets off to find her anyway, and thankfully is punished for his efforts. I say thankfully not because Antoine seems like a bad man or that his motivations aren’t pure, but because if someone runs off half-cocked into such a dangerous situation, there should be consequences.

In the premiere episode, Antoine falls in with some wanna-be ISIS fighters. Antoine doesn’t seem to even suspect he’s gotten involved with the exact opposite group that he wants to be with. His naivety and unfounded optimism are rewarded with violence and capture, as he soon falls into the hands of Sarya (Souheila Yacoub, Savages), who seems very dangerous, but not at all evil. So presumably, despite a bit of suffering and no easy way home, Antoine did get lucky.

Honestly, NO MAN’S LAND seems to be a gritty, high-production drama. Things look bleak and dirty, but they should in the location chosen. I have no complaints about the direction or the look of the piece. It seems to do a fair job of transporting the viewer to a different world, though admittedly not one I know enough about to fully judge.

A lot of the criticism lobbed against NO MAN’S LAND runs along the lines that it is made by people who have no experience in the subject matter and who have chosen to focus on foreign perspectives to the story they’re trying to tell. After all, NO MAN’S LAND features an all-women’s force, but the lead character is a man. And he isn’t even a native of the country, nor does he have stakes in their conflict.

On one hand, using Antoine as the core could provide a way in for audiences who, like me, don’t have the experience or framework of the story. But on the other hand, I get the complaints that we need more representation, and this series squanders that chance by who it chooses to focus on. Of course, we have been making show after show forever that are told from a white, male perspective, even if not all the characters are. Yet, that is justifiably changing. So NO MAN’S LAND seems a bit trapped in this debate, arriving at the wrong time to stand on its own.

As a reviewer, I will try to judge it purely on its merits. In doing so, I honestly find it boring and hard to get into. The subtitles didn’t bother me, nor did the Middle Eastern setting. I just was confused about Antoine and his relationships and motivations for much of the pilot. I didn’t like that things weren’t all that clearly laid out, and not recognizing any of the performers, I didn’t feel like I had a hook. None of the characters felt compelling enough to make up for these things, and my attention wondered. That may not be fair, but I really found NO MAN’S LAND didn’t capture my attention, and I likely won’t be watching the rest of the series.

If the premise sounds interesting to you, the first season of NO MAN’S LAND is now available on Hulu.