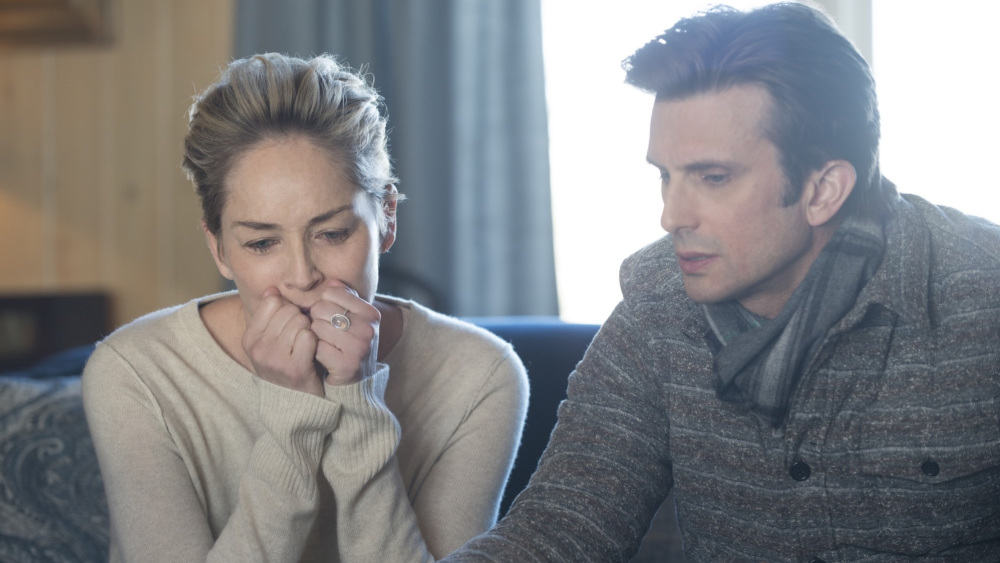 Note: this review is about the television miniseries MOSAIC. It does not review the app.

HBO is premiering something quite experimental this week. Called MOSAIC and presented on five consecutive nights, the six-hour story concerns the murder of children’s author Olivia Lake and its four-year aftermath. With an all-star cast, Steven Soderbergh cuts together a narrative first developed for an interactive app, which allowed users to follow one of two murder suspects through the story, as well as view related ‘evidence.’ The result here is a professional director’s combining of the plotlines.

Soderbergh (Red Oaks, The Knick) is well-respected and often well-reviewed, known for balancing multiple narratives, a la Traffic, so he seems a natural choice for such an ambitious, ground-breaking project. Not just anyone could pull such a thing off, and so it makes sense that HBO would entrust a talent like his to get it done. He has a certain style that does show up in the series.

The cast has been stocked with some very talented performers, including Sharon Stone (Basic Instinct, Casino) as Olivia and Garrett Hedlund (On the Road) and Frederick Weller (In Plain Sight) as the two main suspects. The supporting players include Jennifer Ferrin (Hell On Wheels), Beau Bridges (Masters of Sex), Jeremy Bobb (The Knick), Paul Reubens (Pee-wee’s Playhouse), Maya Kazan (The Knick), Michael Cerveris (Fringe), Allison Tolman (Fargo), James Ransome (Bosch), and many more. So the cast is certainly not the reason it would fail.

But, in my opinion, despite the immense talent involved, it does fail. As a narrative, it is disjointed, jerky, and boring. I found it extremely hard to follow, and the characters less than interesting. I don’t know if the app provided a better experience, but at least in the one hour I viewed, I found it far below the quality level I’ve come to expect from HBO shows. I was delighted to learn it is a miniseries, played out quickly, airing in a single week, than a drama that would potentially run for a long time. Mainly because of the chance I am wrong and it resonates with critics at large, forcing me to play catch up just to stay current on television, which will be unnecessary for a miniseries.

I can’t say the hour is totally without merit. Most of the actors do deliver good performances. Stone herself is fantastic, and the bits of MOSAIC that do captivate me, few and far between as they are, generally involve her and Reubens, who I also really enjoy. Some of Weller’s stuff, including his chemistry with Stone, is also very good. But those moments are not enough to hold my interest in between.

The story itself just doesn’t feel all that well constructed. There are a LOT of characters and connections to keep track off, and with the constant, abrupt movements in setting, it becomes more of a chore than a pleasure. There just isn’t enough time spent with certain individuals for the audience to grasp who they are and what they want before it moves on, usually to something totally unrelated, or so it seems. Parts shown out of order don’t help. Perhaps if I binged the whole thing at once, some general picture would emerge, mosaic-like, from the fray. I just don’t see the draw in episode one.

Now, I concede there are likely fans of the app who got really into solving the mystery and following all the clues. Those people might like to see the whole story edited together like this into one narrative, and already having prior knowledge of the proceedings, could follow it more easily.

But if you’re just planning to tune into MOSAIC as a show, I’d recommend skipping it.

MOSAIC premieres Monday at 8/7c and runs throughout this week on HBO.