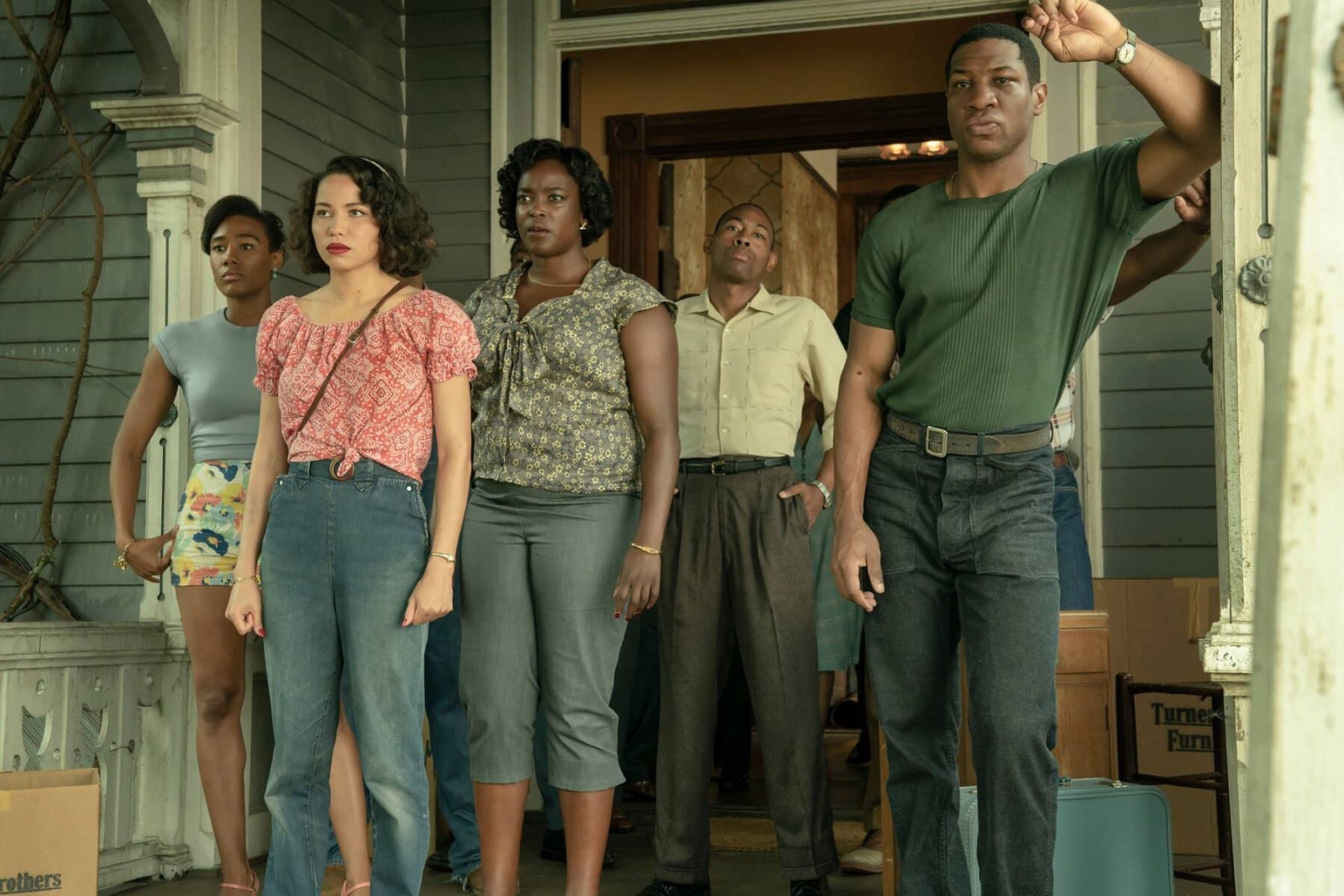 HBO premiered LOVECRAFT COUNTRY this week. Based on the novel of the same name by Matt Ruff, it has been adapted to television by Misha Green (Underground) and produced by the likes of Jordan Peele and J. J. Abrams. The story follows a man named Atticus Freeman, his uncle George, and Atticus’ friend Letitita as they flee and fight murderous bigots on their way to find Atticus’ missing father. It’s a fantasy-horror-sci-fi adventure that tackles race head-on, and is set in 1954, when Jim Crowe ran rampant.

This show is excellent, and I mean that on every level. To start with, the style and production of LOVECRAFT COUNTRY look fantastic. It’s a grounded period piece, that also has fantasy elements in the style of author H.P. Lovecraft (obviously). Yet, these are blended in such a way that, even what shouldn’t be able to occur, feels like it fits into this world. It’s also a well-conceived universe, aided by actual history, that has layers beneath the surface and a lot going on.

For instance, one of the leads in LOVECRAFT COUNTRY, Uncle George Freeman (Courtney B. Vance, American Crime Story), is in a loving marriage with Hippolyta (Aunjanue Ellis, Quantico), living in a small town while pursuing travel and astronomy, respectively. George’s travel guides specifically tell African Americans where it is safe to stop on their troubles. Which means it makes perfect sense when George accompanies his nephew, Atticus (Jonathan Majors, When We Rise), on Atticus’ quest to find his father, given his unusual employment and the wanderlust he shares with his wife.

In contrast to this perfect-seeming family, Atticus’ own immediate clan is pretty messy. Atticus doesn’t have an easy relationship with his father, and there’s mystery surrounding Atticus’ mother. There is also tension between Atticus and George, so even within the happy abode, there is drama. The third lead, Leti Lewis (Jurnee Smollett-Bell, True Blood, Friday Night Nights), doesn’t get along well with her siblings (we see two in the pilot), so there are lots of juicy personal interactions to pick apart.

Which means when the danger hits in LOVECRAFT COUNTRY, there are already stakes. We care about Atticus, George, and Leti very quickly, and it would be a major blow to the story if any one of them didn’t make it. Which seems like a distinct possibility, given the monsters and creatures they face.

The monsters being the white people who don’t want the trio, or anyone that looks like them, around. By the time the multi-eyed animal forest dwellers attack, horror has already taken place, from a chase down a road, to guns in the woods. There is a very real feeling of danger, much in the style of Peele’s Get Out, as our protagonists stare into the empty eyes of people who want them dead for no reason more than the color of their skin. Sure, some will complain about the one-dimensionality of these antagonists. But I think we’ll get a little more complexity as things go along, and given the situations presented, it makes sense to simplify it in the way that it is.

All three of the lead actors are performing the hell out of the piece, and several of the supporting players make impressions, too, especially Ellis and Wunmi Mosaku (Fantastic Beasts and Where to Find Them) as Ruby Baptiste, Leti’s darker skinned half-sister with a killer singing voice and a strong will.

My only complaint about the first episode is I feel I don’t fully understand the scope of the story LOVERCRAFT COUNTRY seeks to tell. I really would have felt better with a second episode before I wrote my review. I can tell the show is great, I’m just not entirely sure what it is, as it seems like there’s more than presented in the first hour.