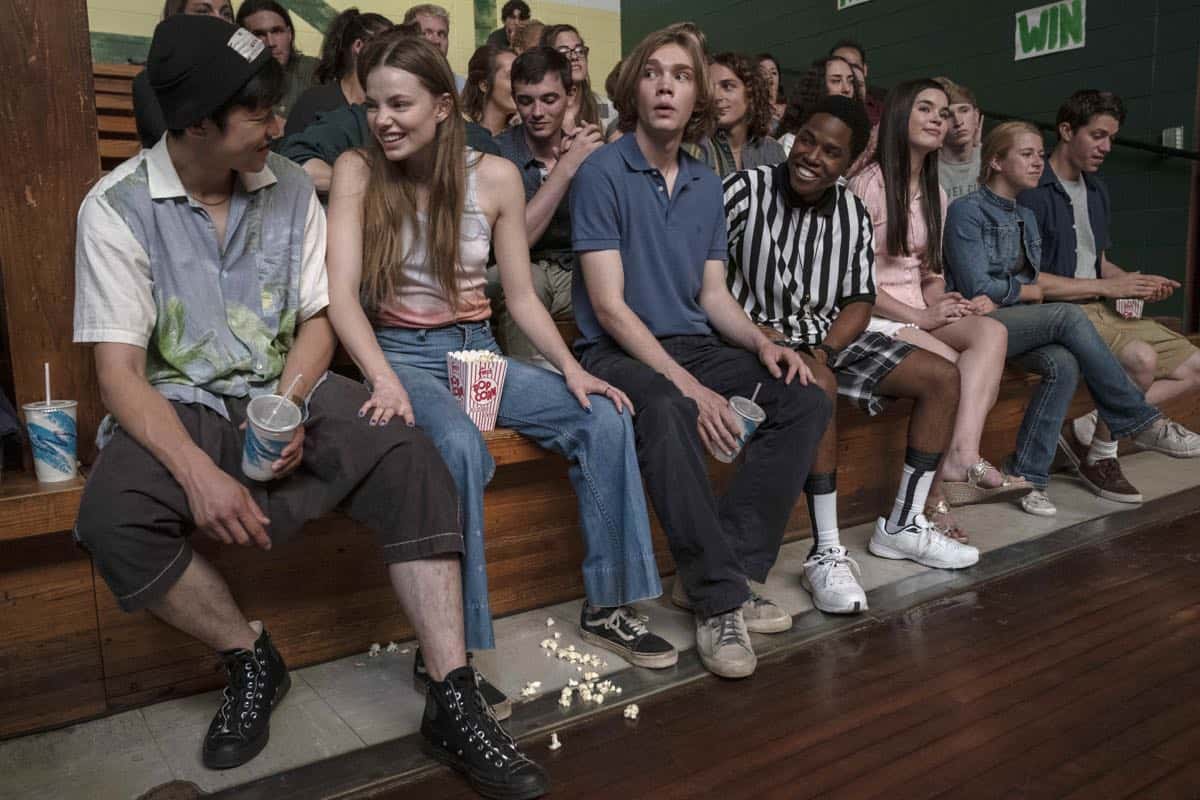 While John Green may be best known for The Fault in Our Stars, and Turtles All the Way Down seems to have caught on quite a lot, his debut novel, LOOKING FOR ALASKA, is good, too. More raw, less polished than the others, it is written in the familiar style of Green, creating interesting teen protagonists, but without the complexity or level of insight some of his later works feature. If anything, the book feels a bit more personal to the author than those others, and I myself found the main character of Pudge easier to identify with. It was with this perspective I took part in It’s All Been Done Presents’ Quarterly Book Club last winter to talk about the novel. (That video discussion is available on YouTube or iabdpresents.com)

Excitingly, Hulu premiered a miniseries adaptation of LOOKING FOR ALASKA last week. If you’re a John Green fan, or fan of the coming-of-age story at all, you should watch it. If you liked the book, as I did, you should definitely watch it. It is a faithful adaptation of the source material, and I daresay, in the hands of the great Josh Schwartz (Gossip Girl, Chuck), is even improved upon, adding complexity to minor characters and better building out the world.

The plot begins with Miles Halter (Charlie Plummer, Boardwalk Empire) going away to a boarding school in Alabama, Culver Creek Academy, seeking ‘the great perhaps.’ Quickly and ironically nicknamed ‘Pudge’ by his assigned roommate, Chip ‘The Colonel’ Martin (Denny Love), Miles finds kinship and perhaps his perhaps with the offbeat Alaska Young (Kristine Froseth, The Society). However, tragedy both big and small will shake all three.

I do think the television show telegraphs the climax a bit too obviously. The opening scene of the series is an unclear look at what will happen, but it seems relatively predictable. The book’s countdown, echoed in the miniseries, does something similar, but perhaps with a bit more ambiguity.

That aside, however, LOOKING FOR ALASKA is terrific. It has fine performers and tells a great tale that is both narrow and wide, relatable and specific. Some events are re-ordered or differently emphasized than in the novel, but only in the service of the larger story. Having viewed five hours in a row (unable to stop myself after the intended one or two to write this review), I haven’t found a single issue with the departures Schwartz and the writing team have made.

The characters are better formed than on the page. Yes, Alaska is still framed by and large by how Pudge thinks of her, surely a disappointment to many viewers who wish for more gender parity and anyone who can see what an awesome job Froseth does in the role. Yet, the focus is on Pudge, with all other characters shaped by how they relate to him, and some manage to stand out around him. Love does an absolutely stunning job as the complicated Colonel. Ron Cephas Jones (This Is Us) rounds out a great subplot as Dr. Hyde, an elderly teacher who understands the kids better than they think. Timothy Simons (Veep) makes a potentially one-note authority figure someone that is understandable to be sympathetic with a little distance the students don’t have. Sofia Vassilieva (Medium) is heartbreaking as Lara Buterskaya, Pudge’s more attainable love interest. And I’d be remiss if I didn’t mention Jay Lee’s (American Vandal) performance as Takumi and the memorable guest turn by Deneen Tyler (Treme) as The Colonel’s mother, Dolores.

While now in my thirties, I am still a sucker for a well written version of adolescence, and LOOKING FOR ALASKA delivers that in spades. Many try to capture the spirit of the age, but few do it as well as John Green or Josh Schwartz, and their union delivers a near-perfect result.

I have to stop writing now because I can’t wait a minute longer to finish out this miniseries. I highly recommend it. All eight episodes are currently streaming on Hulu.