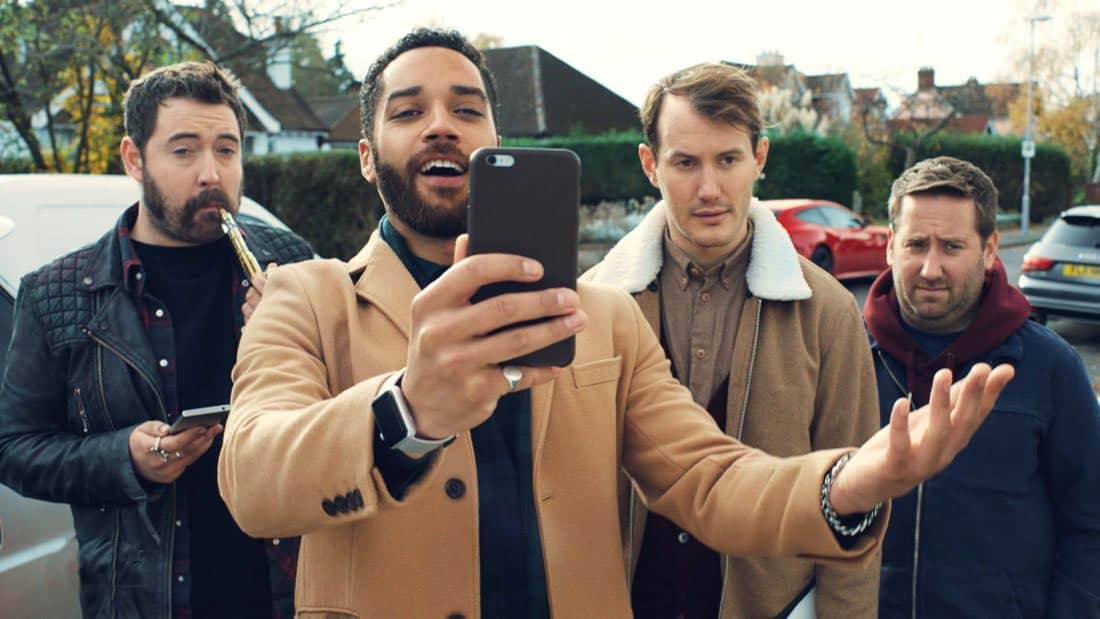 AMC’s newest series is a British import adapted from an Israeli series, and yet, you won’t be able to watch it without comparing it to a popular U.S. program. LOADED tells the story of four entrepreneurs who make it rich with a game they developed. Through a series of bad decisions and dumb mistakes, they frustratingly begin losing the money just as quickly as they acquired it.

Yes, if LOADED sounds a bit like HBO’s Silicon Valley to you, that’s because they two programs are very similar, down to some of the characters that populate it. The main differences are that LOADED is starting from a point of success, the core characters actually love one another, and this is a drama infused with comedy, rather than a comedy infused with drama.

That last may be a slight distinction, but it’s also an important one. There are fewer laugh-out-loud moments in LOADED than there are in Silicon Valley, but there is more complexity in the characters and the relationships. For instance, one of the four, Watto (Nick Helm, Uncle), is struggling with his sobriety. The way he hangs onto it in episode one is hilarious, but there’s true darkness and pain lurking right below the surface.

The two most central figures are Leon (Samuel Anderson, Doctor Who) and Josh (Jim Howick, Yonderland), who appear polar opposites at first. Leon spends his cash on a Ferrari, champagne baths, and a revenge barbershop quartet, while Josh wants to invest in a living space of his own (he shares a flat with the other three). But even in the pilot, Leon wises up in some ways, and Josh gets more reckless in others. We see how they balance one another out, and the deep respect and affection they have for one another. Together, they make for good leadership. Separately, they’d probably fall apart.

Rounding out the quartet is Ewan (Jonny Sweet, Together), who, at first, I believed to be there only for comic relief, similar as he is to Silicon Valley’s Jared. But then I realized there’s more there. He is the one who is overlooked, forgotten about. Even on a lawsuit against the company, his name is left off of the writ. And we see him work to correct that imbalance, overcompensating in a sad way.

Along with these four, there’s Casey (Mary McCormack, In Plain Sight, The West Wing), their overbearing “sexy Darth Vader” American boss, and Naomi (Lolly Adefope, Rovers), Casey’s assistant who is the true character just there for a joke. Together, the ensemble is a strong one, with a lot going on, and plenty of possibilities for the eight-episode first season.

The question becomes, despite the good characters, is it worth watching if you’re already into Silicon Valley, given how alike the two series are? I can’t say for sure. I don’t mind watching British versions of shows I’ve already seen in America, and that’s kind of how I see this (even though the British is a remake of a show from elsewhere). But with everything that’s out there, does anyone really have time to watch two of (essentially) the same show right now? That’s a question you’ll have to answer for yourself.

I will say, I am most displeased that AMC has censored LOADED so much, forcing reshoots of scenes and the limitation of how many and which curse words can be said per episodes. Some basic cable networks are loosening up their restrictions, and I think AMC should follow suit, especially because HBO places no such requirements on Silicon Valley, and that makes LOADED come off as a tamer version. Plus, the characters suffer from it, feeling not quite as realistic. It’s just language, and LOADED airs late at night. What’s the big deal?