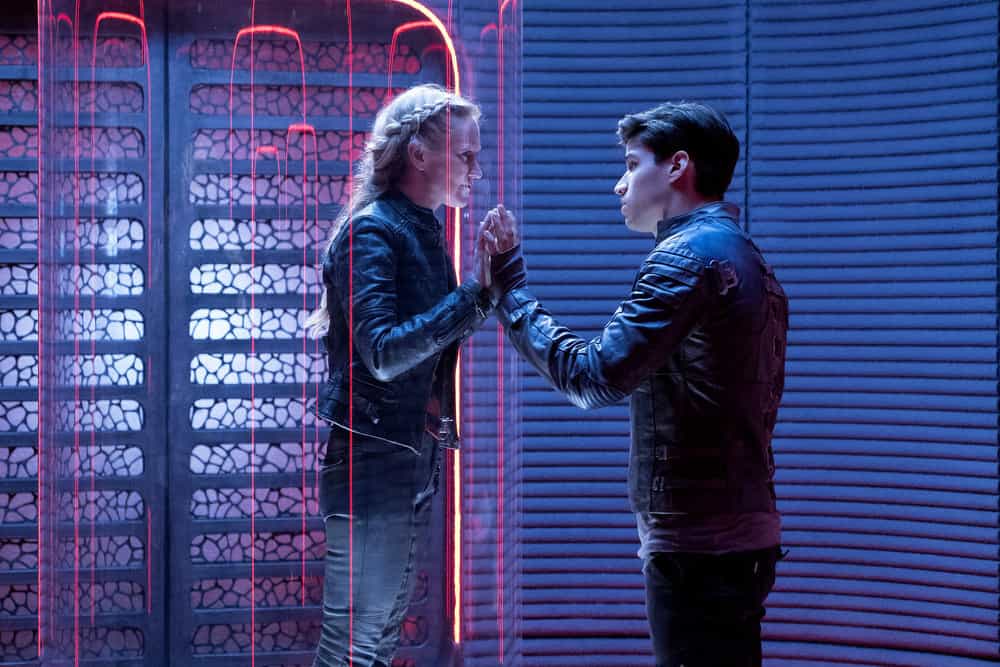 Are you tired of all the superhero television shows out right now? If you aren’t, SyFy has a new entry in the genre called KRYPTON. And if you are tired of them, KRYPTON might be something a bit different, since it takes place on the alien world two centuries before the birth of Superman. Hence, it’s not a bunch of people with powers running around. If tonally it didn’t feel so similar to other SyFy programming, I would say this is a very unique take on what has become a saturated market, giving it a hook to allow it to break through. As it is, it’s still pretty good.

As only a casual Superman fan (with basic knowledge primarily from movies and TV, not the comics), KRYPTON is a completely new story, full of things I’d never heard of, so I don’t know if it follows established mythology or is something original. Either would be a valid choice for a show to make, but I don’t know if it’s a very loose reimagining, like Gotham, or if it sticks close to previously established backstory. A cursory internet search seems to indicate the latter, with some liberties taken.

KRYPTON begins with Seg-El (Cameron Cuffe, The Halcyon) watching his grandfather (Ian McElhinney, Game of Thrones) executed and his family stripped of their title. The House of El is no more, and Seg and his parents are forced to live with the un-titled down in the ghettos of the city. Years later, Seg is coming of age and, despite family grudges, saves the life of Daron-Vex (Elliot Cowan, Da Vinci’s Demons), the chief magistrate who executed Seg’s grandfather. Daron offers Seg the chance to join the House of Vex and bind with his daughter, Nyssa (Wallis Day, Hollyoaks), the youngest of five, who otherwise probably wouldn’t marry anyway. This might be an opportunity for Seg to climb back up the social ladder, or it could be Daron’s chance to fully conquer the Els once and for all.

If that doesn’t sound complicated enough, don’t worry, it gets even more twisty within the first hour. See, Seg may be making a child with Nyssa (which does not involve sex), but is sleeping with Lyta Zod (Georgina Campbell, Broadchurch), a soldier. And Seg’s parents, Ter (Rupert Graves, Sherlock) and Charys (Paula Malcomson, Caprica), are secretly continuing Seg’s grandfather’s work to try to save their race. Also, Adam Strange (Shaun Sipos, The Vampire Diaries) arrives from the future to warn of Brainiac’s (Blake Ritson, Da Vinci’s Demons) impending coming, the villain intending to destroy Krypton before Superman can even be born. So there’s a LOT packed into this series opener, and I haven’t even mentioned all the series leads.

It takes some time to get into KRYPTON. Not only is there a dense story, but the society is so much different than ours. The caste system feels very outdated, even while the planet is futuristic. Procreation without physical intercourse and babies raised in bubbles cared for by machines feel cold and impersonal, which matches much of the rest of the culture we’re seeing. Except in the lower class, which still parties and fights and loves at will. Is this a cautionary tale or a commentary? The refusal of some to listen to science and fact hits a little too close to home in the current political climate.

All of this is very interesting, and I found myself more and more drawn in as it played out. Where my hesitation lives is that most of the central characters are good looking, very young adults, an overdone television trope, and the tone of the program is not as weighty as it could be with the material. I hope it finds its legs, but I fear it will be a ‘typical’ Syfy show lost in the crowd.