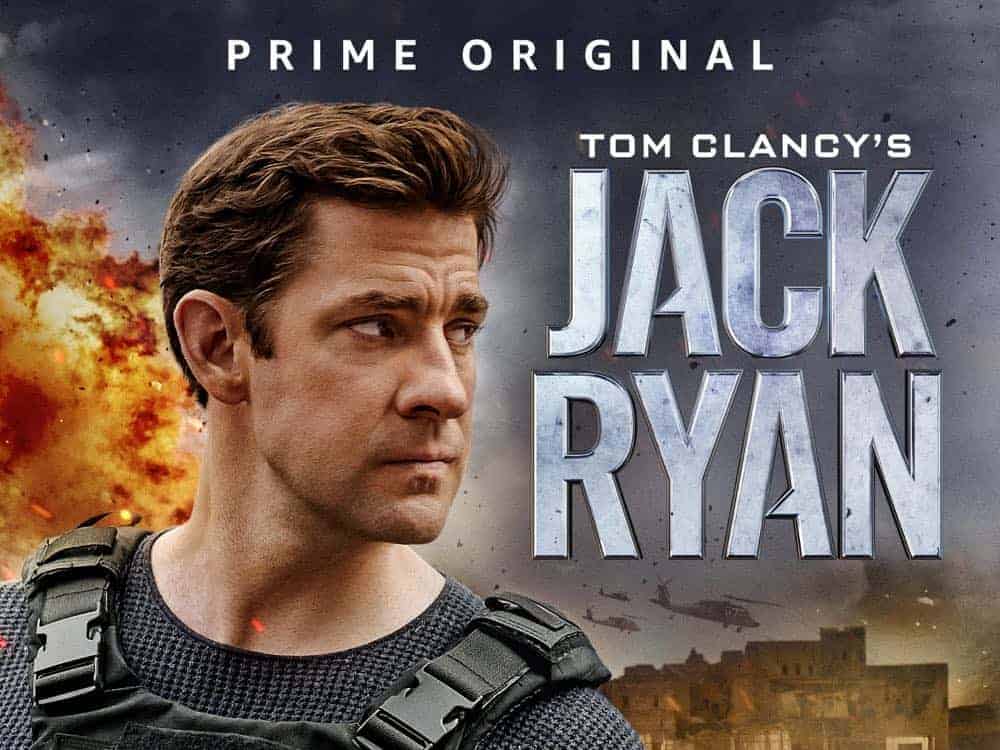 Amazon now has the latest version of Tom Clancy’s Jack Ryan character in a series entitled, appropriately enough, TOM CLANCY’S JACK RYAN. In this drama, the first adaptation of the role in an ongoing series, not just a film or two, Ryan is a financial analyst for the CIA, out of the Marines, but before he holds public office. Of course, the everyman gets drawn into major terrorist activities and turns into action hero, which is what the show will mainly be about.

John Krasinski (The Office) is the fifth actor to portray Ryan, and despite a light resume of action flicks, he handles the role well. Krasinski is as believable as the soft-spoken nerd as he is the desperate man thrust into a situation he’s not prepared for. Ryan’s past service explains how he can handle himself in a battle situation, even if he doesn’t seem the type that will be fist fighting anytime soon. This is some solid casting.

Just as solid is the supporting cast, which includes Treme’s Wendell Pierce as Jack’s boss, James Greer, Abbie Cornish (Klondike) as Cathy Mueller, Jack’s love interest, Ali Suliman (The Looming Tower) as Mousa Bin Suleiman, the main terrorist, and Dina Shihabi (BKPI) as Hanin Ali, Sleiman’s wife. I know I often say the casts of these shows are strong, but this one is, too. With a smaller group, more is on these few players, and they all are up to the task.

JACK RYAN feels like a pretty quality production. It was developed by Carlton Cuse (Lost) and Graham Roland (Fringe). Roland’s background certainly helps make the military stuff work, and Cuse has plenty of experience on other good shows. Michael Bay is among the long list of producers on the project, and that might have come in to play when developing the action, which is big and intense.

In fact, that will likely be the main reason some will complain about this show. It contains a lot of action and special effects, ridiculously big attack sequences, and plenty of explosions. This is entertaining, obviously, elements common in tentpole blockbuster films. But there is a simplicity to the story, a bit of two dimension us vs. them stuff, that does drag down JACK RYAN. However, it’s less than 24 had, at least for now, so it’s not an unprecedented amount. There are also slower scenes that help balance things out, so I wouldn’t consider the action a disqualifying factor.

The plot in the CIA is welcome, with plenty for Pierce to do. The romantic stuff, where Ryan falls for his ex-boss’s daughter, is a little less interesting. To start with, it seems a predictable, uninspired relationship. However, I’ll admit to not having ready any of the Ryan novels, so there may be a faithfulness or importance here that I’m not seeing in the first few episodes of the series.

Despite the danger of blatant blind patriotism, and there is definitely a danger to such a thing, especially in the current political climate, I think most Americans won’t have any trouble rooting for the thoughtful, noble Ryan. It’s a fun series, and sometimes it even gets a little better than that description. I certainly think it’s ripe for a continuation over many years in which we see Ryan grow into the president of the United States, a post Jack Bauer did not, and could never, achieve. It’s nice to see a bit of restraint in the midst of such a glaring viewpoint.

In summation, I like JACK RYAN, I think most people will like Jack Ryan, and while it’s not a perfect show, it is definitely an entertaining one.