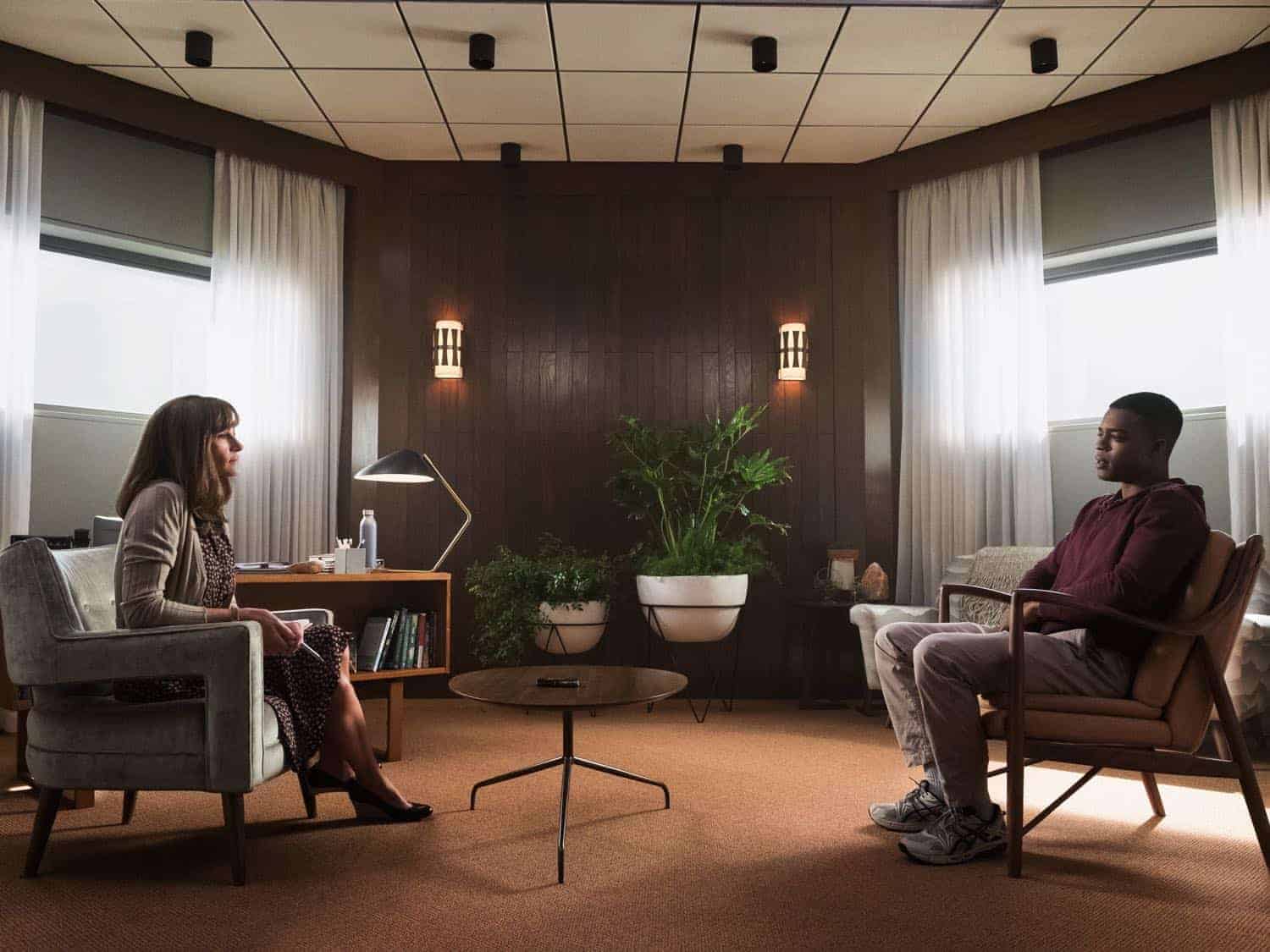 One might think it would take a unique series to lure Julia Roberts to the small screen. While crossing over from film to television is anything but uncommon these days, there are still some stars that seem too big to make the move. Well, Amazon’s HOMECOMING is definitely unique. And if you’ve forgotten just how good Roberts is, this series will remind you of that.

Roberts stars as Heidi Bergman, an administrator and counselor at Homecoming, a facility to help soldiers reintegrate into society after traumatic active duty. Heidi truly seems to want to help, though she has to balance that desire with the strict, demanding instructions of her boss, Colin Belfast (Bobby Cannavale, Ant-Man). We learn early on that whatever she intends doesn’t pan out, and four years later, she’s working as a waitress. But why? What happened?

HOMECOMING is a twisty, suspenseful tale. Most of the plot is set at the facility in 2018, with the 2022 flashforwards making up only a few minutes of each episode. The tone is that of an old Kubrick or Hitchcock drama, with bizarre directing shots to match. It feels out of time in sort of a semi-reality where you can’t trust anything you see. The paranoia is purposeful and not unique to the viewer, as at least a couple of characters share it, too. The closest thing I can compare it to on the modern landscape is Mr. Robot, which makes sense because it has the same creator, Sam Esmail. The mystery plays out slowly in a way that begs to be binged. Thankfully, Amazon dropped all ten episodes of season one at once (though I’ve only had time to view three so far).

The cast around Roberts is every bit as good as she is, pulling together a remarkable ensemble. Shea Whigham (Boardwalk Empire) is Thomas Carrasco, the man following up on a complaint about the facility in 2022, and gently nudging the spilling of secrets. Sissy Spacey (Bloodline) is Heidi’s mother, Ellen, who tells her daughter she’s lying to herself. Alex Karpovsky (Girls) is an employee at Homecoming. Dermot Mulroney (My Best Friend’s Wedding) is Heidi’s boyfriend in 2018, pushed aside in favor of her work.

Then there are the patients themselves. Stephan James (Selma) plays Walter Cruz, the main patient we see and the subject of Carrasco’s inquiry. Walter seems well-adjusted, like he doesn’t belong in the program, but is happy to go along with things. He gets along well with Heidi, developing a camaraderie that is more intimate than I imagine most doctors and patients share (though completely chaste, at least three installments in).  Their bond is immediate and interesting.

The thing that interrupts Cruz’s peaceful stint is his loyalty to fellow soldier Joseph Shrier (Jeremy Allen White, Shameless). Shrier is suspect of everything Cruz takes for granted, insisting that they aren’t even in Florida. Shrier is painted as the crazy man who is probably right, though only time will tell if he’s close to the truth. More importantly, he complicates Cruz’s tenure and treatment, keeping the story quite colorful.

HOMECOMING is based off of a scripted podcast by Gimlet Media starring Catherine Keener as Heidi. Which may explain why the episodes are less than half an hour each, despite being far more drama than comedy. And it’s probably the best adaptation of a podcast I’ve seen. It takes the best elements of that format, and even without having listened (yet, though I definitely will), I can see what parts have been carried over. However, it isn’t distracting as the show also makes full use of the visual medium, seamlessly blending the two in a beautiful, near-perfect marriage.

(Disclosure: I am the creator / head writer of a long-running, scripted, serialized comedy podcast called It’s All Been Done Radio Hour, so I might be a bit more enamored with the medium than most.)

I love HOMECOMING. I think it’s a stellar effort, well done on every level, and the perfect vehicle for Roberts and the rest of the cast. Check out the whole first season on Amazon Prime streaming video.