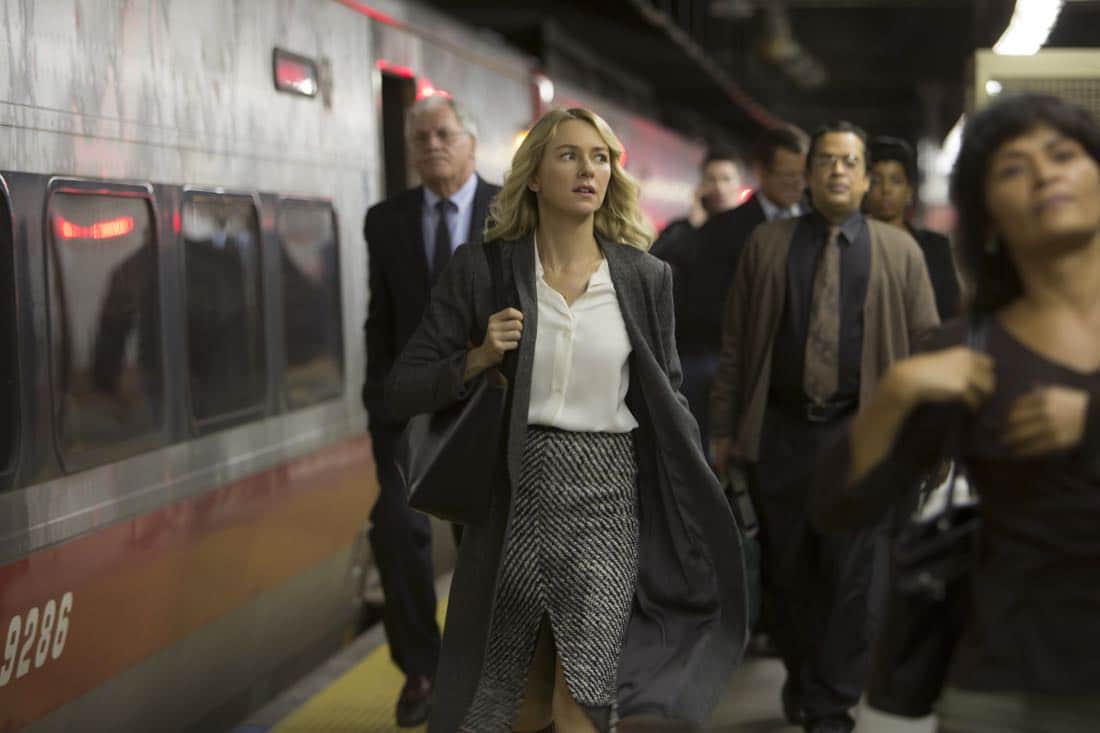 GYPSY, Netflix’s newest drama, has a tantalizing premise. Jean Holloway (Naomi Watts) is a therapist with a double, sexy life. She seems, more or less, happily married to Michael (Billy Crudup), with whom she is raising a nine-year-old daughter (Maren Heary) with gender identity issues. But Jean also pretends to be Diane Hart, a journalist, as she engages in a heavy flirtation with younger rocker Sidney (Sophie Cookson). Will her two worlds collide? Almost certainly, considering she is definitely mixing her alter ego into the personal lives of people important to her patients.

That’s a heck of a story, with all kinds of intriguing and attractive possibilities. On Netflix, where there is no hesitation to make adult content, the leash is off and GYPSY can fully explore the concepts it has set up. This could be a very popular show that wins all kinds of awards.

Yet, I don’t think it will be. There is something essential missing, a key ingredient that has been left out of the recipe, that leaves the whole thing feeling flat. Jean isn’t all that compelling, there is no reason to root for her, nor is there exploration of her own psychological profile. The plot lacks urgency, telling us right up front things are going to fall apart (not that we need to be told something so obvious), but more than takes its time getting to anything tension-filled happening.

This is the golden age of antiheroes on television, or, at least it has been for the past decade. That means when a new series enters this particular fray, it must come with a strong, fresh identity that makes it stands out and gives viewers a reason to sign up for another half dozen seasons or so. GYPSY not only fails to do that, it fails to do anything else that makes it stand out, wasting a concept that should be a no-brainer.

I am not sure where the fault lies exactly. It certainly isn’t with Watts, Crudup, Cookson, Heary, or the rest of the cast, who are turning in consistent, fine performances. It doesn’t seem to be in the direction of the series, which fits very well with the tone GYPSY is trying to set. It isn’t in the sexiness, which does come through despite how dull most of the running time is. The parts just don’t add up to a high enough sum for the show overall, and the only thing I can think is to blame the writing, though without comparing script to screen, I can’t say that’s for sure what it comes down to.

I’m not saying GYPSY is terrible, just very mediocre. Granted, if the series had premiered fifteen years ago, I’d likely be hailing it among the best of what the small screen has to offer. Instead, it’s coming long after AMC, HBO, FX, and Netflix itself have shown us what the medium can be, and is immediately held up for comparison to all of the other fantastic programs in the present and recent past. It does not come out well when judged against its peers.

I can’t not recommend GYPSY, because, as I said, it’s hard to point out what it does wrong, other than that perhaps the writing needs to be more aggressive and contain more depth. But I can’t in good conscience recommend it, either, since, despite a few things I really like about it, it is just not going to make my list of shows to watch. I want it to, but it does not.

Netflix will need to be more careful moving forward. It still has some of the best series out there, and it likely will have other great ones in its future. But as it begins pumping out more and more content, the streaming service will lose its cache of good will if it churns out a bunch of hours that aren’t so promising. The brand is measured by everything it produces, not just the best of the bunch.

The complete first season of GYPSY is available now exclusively on Netflix.