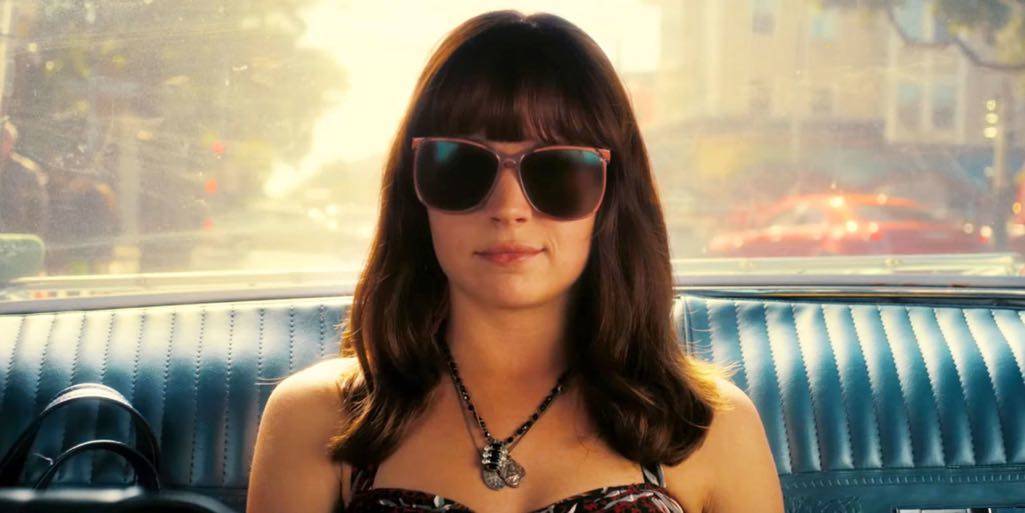 Netflix’s latest series is GIRLBOSS. It’s the story of Sophia, a young woman who doesn’t yet know what she wants to do with her life, and so bounces between jobs and casually breaks the law while sleeping with drummers. You know, just a typical story. In the process, however, she sort of accidentally starts her own business and becomes a powerhouse entrepreneur worth millions. And it’s (very loosely) based on a true story.

Britt Robertson (Life Unexpected, Tomorrowland) stars as Sophia, and brings just the right mix of moxy and snark to the role. Sophia is not very likable when described outside of the story, and yet, there’s something magnetic about her. You may, as I did, find yourself rooting for her to succeed, even as she’s ripping people off and showing utter disrespect to those who don’t deserve it. She’s a rebel who refuses to play by established rules and cuts her own path, which is a much harder way to go through life and not always necessary (as it isn’t here), and yet could end up being more rewarding. I’ve long liked Robertson, but this may be my favorite role for her yet in its complexity, another well-deserved series lead.

Sadly, if you look into the person Sophia is supposed to be in real life, any success will be fleeting, as the company just getting started in this dramedy series, Nasty Girl, recently filed for bankruptcy.

Robertson is joined by an absolutely terrific cast that includes Dean Norris (Breaking Bad), Jim Rash (Community), RuPaul (RuPaul’s Drag Race), Louise Fletcher (One Flew Over the Cuckoo’s Nest), Alphonso McAuley (Breaking In), Johnny Simmons (The Perks of Being a Wallflower), and Ellie Reed. Not all of these are well known, but all are good, mixing younger, fresher faces with experienced, lauded performers. Robertson sort of spans the two groups, talented without a lot of high-profile parts to date, so it works out very well.

The plot itself is pretty good, though after two episodes, I’m not sure it’s completely good enough for the actors. The story itself is relatively predictable and familiar. Coming on the heels of Girls, GIRLBOSS might lack the attention it would otherwise receive. Arrested development has been done before, and somewhat more edgy or raw than it is here. This is like a slightly sanitized version of the too-soon-gone How to Make it in America.

I’m not completely sold on the idea of this being a period piece. 2006 isn’t long enough ago to feel all that different, and aside from the clunky cell phones and a well-placed The Devil Wears Prada billboard, I can’t say it feels all that different from today. The fact that the characters go out of their way to make pop culture references, which do feel shoe-horned in, makes me wish they’d just set it in the present. I don’t know that anything is really added to the story by going backward.

And yet, the truly excellent performances raise the overall profile enough to totally hook viewers in and make you want to watch more. In peak TV, the show might not be good enough to stand out, but I doubt audiences that give it a chance won’t want to see it through. I know I’m full invested already to watch the series until cancellation, whenever than may be.

In all, I do recommend GIRLBOSS, but not unequivocally. This isn’t a show I would tell people they have to watch, but I did enjoy it and do plan to binge it myself. Take that as you will.