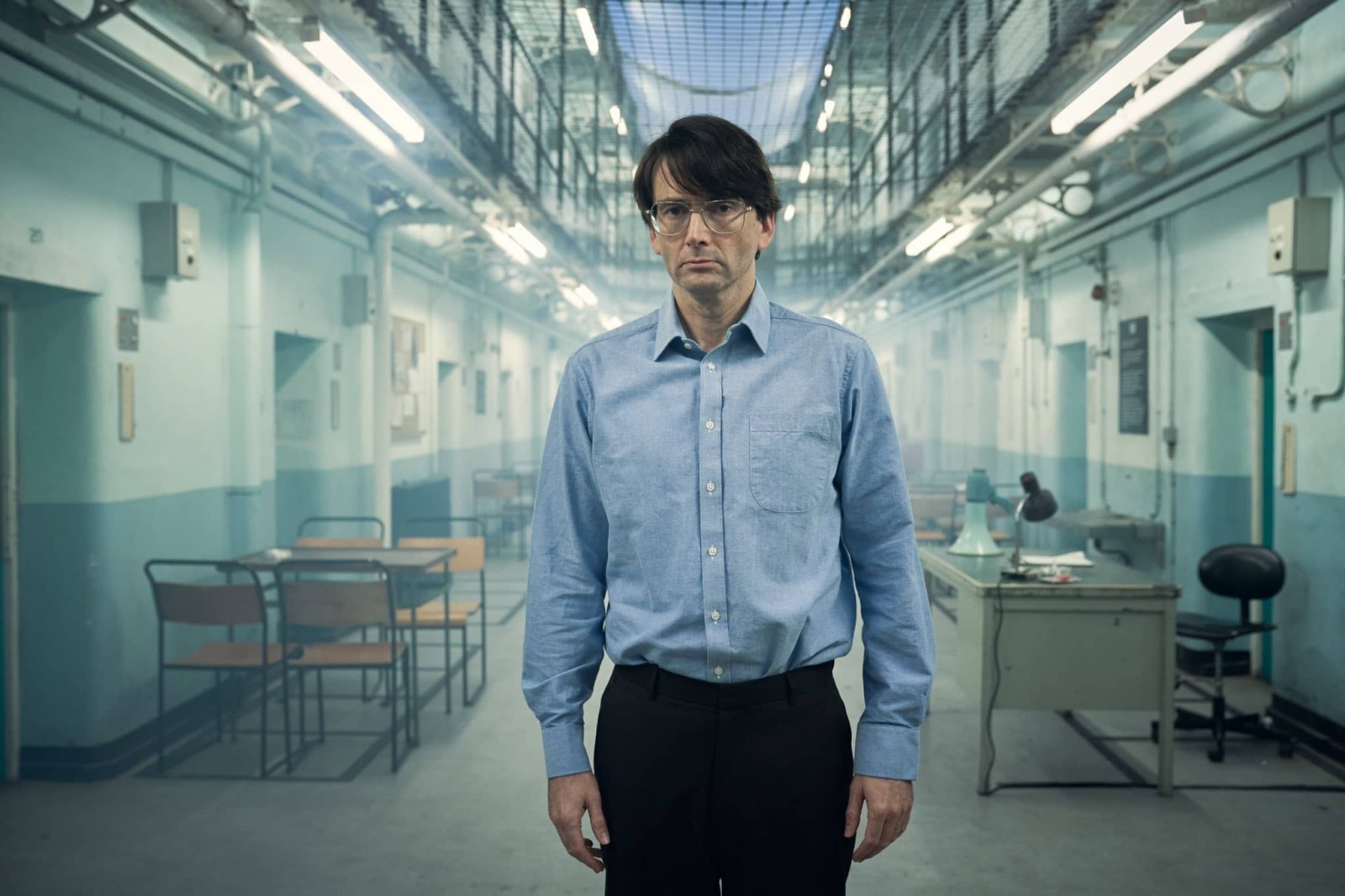 Sundance Now is streaming a three-part drama beginning this week entitled DES. Based on the true story of a Scottish serial killer arrested in 1983, the story starts at the arrest. Thus, rather than having a mystery that needs to be solved by skillful detectives, it’s a character study of a killer who has been caught, and indeed, seems to want to have been caught and surprised it has taken so long. Although he has been practicing his murderous craft for some time.

David Tennant (Doctor Who, Good Omens) stars as Dennis Nilsen, who insists people call him DES. Tennant has been lauded for many previous roles, including a good many dark villains. None of the praise for him has been overblown; he’s a very talented performer. Yet, in DES, he seems to have found something new to do, which is hard to imagine if you haven’t seen it. Des is such a specific and unique character, at least the way Tennant plays him, that he comes across as completely harmless and even polite, including when he’s confessing to the homicides. The shock on other characters’ faces as he unspools what he remembers will be matched only by the audience watching. He’s an enigma that is hard to figure out, which is part of the draw.

There are two other central characters, besides Des himself, in the show. DCI Peter Jay (Daniel Mays, White Lines, Good Omens) is the one who seems to be in charge of Des’ case, even while the higher ups get involved. A little bit of Peter’s personal life is revealed in the first hour before things really get going, though I’m not sure how that’s really relevant, given that Peter is then just shown doing his job. The other, Brian Masters (Jason Watkins, The Crown, Being Human), is an author, and a bit more of his personality is shown. This feels more necessary, as Brian will eventually write a book about Des on which DES is based, and it is nice to know what his motivations and mindset may be when he agrees to the project to inform on the show itself.

With this trio, the acting in DES is superb. Every scene drips with delicious tension, and it’s easy to be drawn into the story. Which is quite a feat when you consider not much really happens. The action part of the plot occurs off screen, prior to the miniseries, so this is all character-based. Thankfully, it’s as riveting as you could hope for, in a terrifically understated way, and the fact that the story is actually true almost feels more like icing on the cake than the point of it.

There are a hell of a lot of crime shows these days, and this is far from the only true one. Yet, I feel like DES is more worth it than most, and a great piece of programming. It is actually the ninth in a series of such programs produced by ITV, with a tenth one on the way. I haven’t watched the others, but after viewing this, I am anxious to check them out.

The three-hour running time doesn’t hurt, either. I’ve only watched the first, and it seems to me right now that three hours feels short. Yet, when these things are stretched to eight or ten (or more) hours, they often drag a bit in the middle, so by keeping it so limited, DES is sure not to overstay its welcome. It’s essentially film-length.

Sundance Now is offered as a stand-alone service where you can view DES and other programming on the network. Or you can subscribe via Prime Channels on Amazon. So there are a couple different ways to view it, though I don’t see DES available for stand-alone purchase in the United States on either streaming or discs at the moment, so you’ve got to go through Sundance Now.

DES airs Thursdays for the next couple of weeks on Sundance Now.