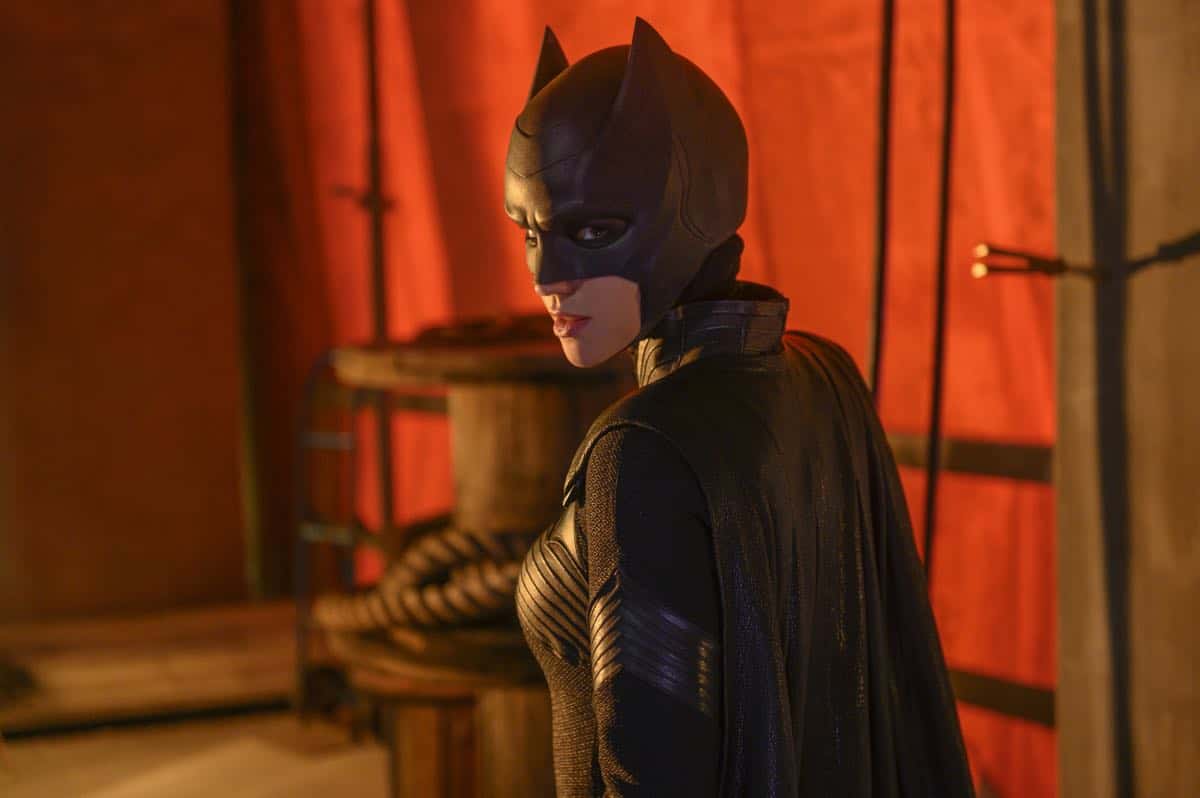 The CW’s Arrowverse expands again with BATWOMAN, a new drama that launched last night. The story begins when Kate Kane (Ruby Rose, Orange is the New Black) leaves an intensive training program to return to her home city of Gotham. The woman she loves has been kidnapped by a supervillain and she wants to help. Rejected by the paramilitary organization that has replaced the missing Batman in keeping the city safe, which happens to be run by Kate’s father (Dougray Scott, Hemlock Grove), Kate discovers cousin Bruce Wayne’s (not yet seen) secret and dons the cowl herself.

BATWOMAN has some major things going for it. It features the first lead lesbian superhero on television, and she’s just one member of a diverse cast. There are complex, convoluted relationships that won’t easily be worked out and some intriguing surprise twists in the pilot. It’s dark, which makes sense because the darkest contribution to the Arrowverse is Arrow itself, about to begin its final season. It’s also dark like Batman, and we’re in his setting.

The darkness also works against it, though. Arrow has always been the least fun of the group. While it is respected for kicking off the whole interconnected universe of DC Comics television, it has given way to lighter shows that have heft without being depressing. Do we really need a replacement in this category?

It’s also a bit messy. The connections between Kate and Bruce aren’t fully explained, and the show chooses to briefly mention or hint at several family relationships, rather than really exploring them. While this does keep the story moving, people who haven’t read the comics may struggle to figure out how all the characters are connected, both to Batman and to each other. For instance, while Batman fans will likely assume Luke Fox (Camrus Johnson, Unproductive) is Lucius’ son, that isn’t confirmed in episode one. It’ll probably become clear in time, but the series doesn’t take the minutes to do it right off the bat, making it less accessible.

It’s also confusing how BATWOMAN connects to Arrowverse immediately. If it’s set on Earth 1, which is a fair assumption to make since all the shows except Supergirl are, we’ve already seen Earth 1’s Batwoman. It occurred last year during the big crossover event, and she was already established as a hero. Yet, in the pilot of Batwoman, she hasn’t yet donned the costume. I’m expecting and hoping for a big time jump soon to bring her back in line with the other series before the next crossover, which will be coming soon. Otherwise, it could be really weird and off. Unfortunately, there’s no mention as to when that is actually taking place, though the fact that Batman is said to have been gone for three years indicates this may be starting just a little before her 2018 introduction.

This complaint about the timeline isn’t all bad. While jumping forward in the tale so soon after premiering could very well be awkward, I’m glad BATWOMAN took the time to explore the hero’s origin story. She’s not nearly as well known as a Superman or Spiderman, so skipping over it is not optional. The origin itself is interesting, especially the parts about her sister, and I’m glad it’s included.

The main villain in BATWOMAN seems to be Alice (Rachel Skarsten, Lost Girl), and she’s not only crazy, but has lots of cool secrets. I also like Kate’s step-sister, Mary (Nicole Kang, You), who feels anything but a stereotype.

Of course, the fact that Kate is gay is also groundbreaking and will provide important stories. One started right away is that Kate’s love interest, Sophie (Meagan Tandy, Teen Wolf), is married to a man despite Kate and Sophie’s past. There’s a military component, too, and the service’s unfriendly attitude towards homosexuals, though I don’t see BATWOMAN being as overtly political as Supergirl.

I have mixed feelings about the pilot of BATWOMAN. I’m far from ready to write it off, but I’m not fully on board yet, either. Hopefully, it will find its footing before it has to put its own stories on hold to deal with the larger universe it’s a part of.

BATWOMAN airs Sundays on the CW.