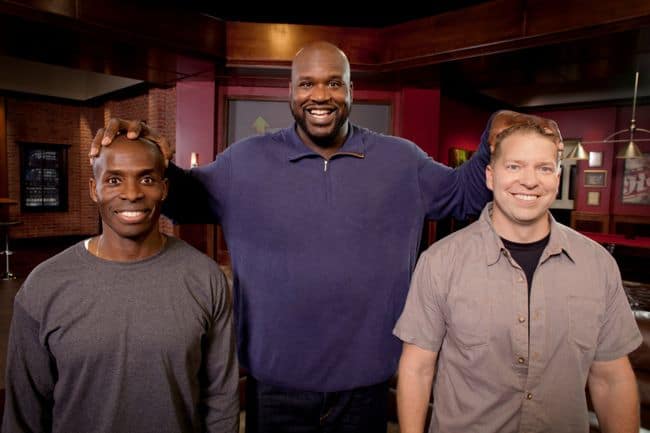 Shaquille O’Neal is about to put his own hilarious spin on online videos when truTV‘s brand new series Upload with Shaquille O’Neal premieres Thursday, Feb. 21, at 10:30 p.m. (ET/PT). Each week on the show, Shaq and his comic friends – co-hosts Gary Owen (Think Like a Man) and Godfrey (The Mr. Men Show) – will scour the internet looking for the funniest online videos and comment on them. They will also make their own viral videos, pull pranks and create parodies of current pop culture stories.

Among his many accolades during his 19-year playing career, Shaquille O’Neal was chosen as one of the NBA’s 50 Greatest Players, ranks fifth all-time in NBA scoring history (28,596 points scored), won the Rookie of the Year award (1993) and MVP award (2000) and was named All-NBA 14 times.  Additionally, his career includes four NBA Championships—three with the LA Lakers (2000-02), where he was named NBA Finals MVP for all three championships, and one with the Miami Heat (2006).  The 15-time NBA All-Star and three-time NBA All-Star MVP (2000, 2004, 2009) also won two scoring titles (1995, 2000).  He appeared in 1,207 regular season games, averaging 23.7 points, 10.9 rebounds, 2.5 assists and 2.3 blocks in 34.7 minutes per contest throughout his career, which included playing for the Orlando Magic, LA Lakers, Miami Heat, Phoenix Suns, Cleveland Cavaliers and Boston Celtics. He is currently an NBA analyst for TNT’s Sports Emmy®-winning Inside the NBA studio show and also offers analysis on NBA TV, which is jointly managed by the NBA and Turner Sports .